Bringing back Angkor’s wild side

PRESS RELEASE   This week a project to reintroduce wildlife to the Angkor Archaeological Park marks eight years of success.  The aim is to bring wildlife back to the historic site. The project is led by the Apsara National Authority who manage the Park, together with the Forestry Administration, and NGO Wildlife Alliance.

Today, the Angkor complex is a UNESCO World Heritage site. But it was once home to Cambodia’s natural heritage. At Angkor’s zenith, wildlife was likely abundant as suggested by carvings of primates, deer, and wildcats at Bayon temple. Sadly, hunting in the 20th century decimated populations and eliminated the Pileated Gibbon, an IUCN Red-Listed Endangered species. The release project aims to reverse this loss by reintroducing wildlife within the Angkor landscape.

It all started in 2013 with the pioneering release of a pair of Pileated Gibbons. Since then, around 40 animals have been released, including threatened species. Today, three pairs of released gibbons swing through the trees. They have adapted to their forest home well, according to CHOU Radina, Apsara Authority’s Deputy Director of Department of Forestry Management, Cultural Landscape and Environment. “They have given birth to a few babies,” he said. “Now there are a total of twelve gibbons.”

But it’s not just gibbons settling into life in the wild at Angkor. Other animals have also been released, including Silvered Langurs, Palm Civets and Red Muntjacs. In 2019, the waterways at Angkor welcomed new residents: a family of Smooth-coated Otters!  They have also produced a new generation, says Chou. Last year,  they gave birth to two pups. These births are a good indication that the animals are adapting well to their new home within the Angkor landscape.

According to Chou, release sites are carefully chosen according to habitat and species needs. “We chose the sites… because they have more forest than other places, ” said Chou “and the forest is connected, with good conditions to support  [animals] like the availability of fruits and water.”

Sustenance is not the only thing that makes Angkor an ideal home for wildlife.

According to Nick Marx, Wildlife Alliance’s Director of Wildlife Rescue and Care, “the forests surrounding Angkor are a perfect habitat, and offer a much-needed safe haven for persecuted species.” 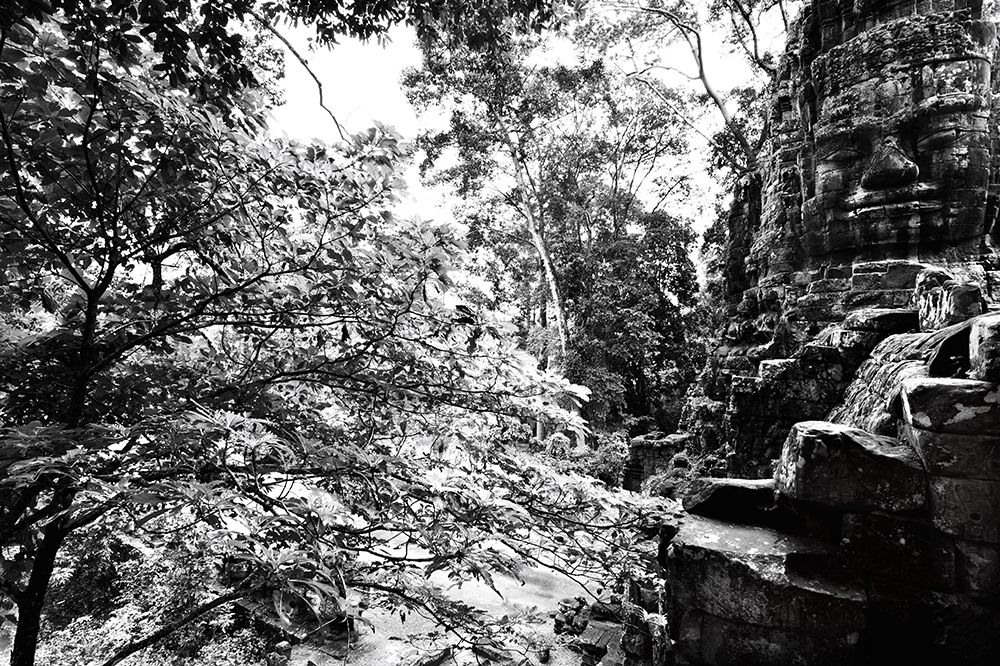 All of the animals released within the Angkor landscape have a second chance at life in the wild: they were rescued from the illegal wildlife trade or born in captivity to rescued parents. After rehabilitation at Phnom Tamao Wildlife Rescue Centre, the majority of rescued animals are subsequently released into well-protected habitat, such as the Angkor landscape.

After release, the animals are carefully monitored to ensure their continued presence and wellbeing.

“We set up camera traps in the forest to monitor [them],” says Chou. “In addition, we have two keepers looking after them, including providing supplementary food.” 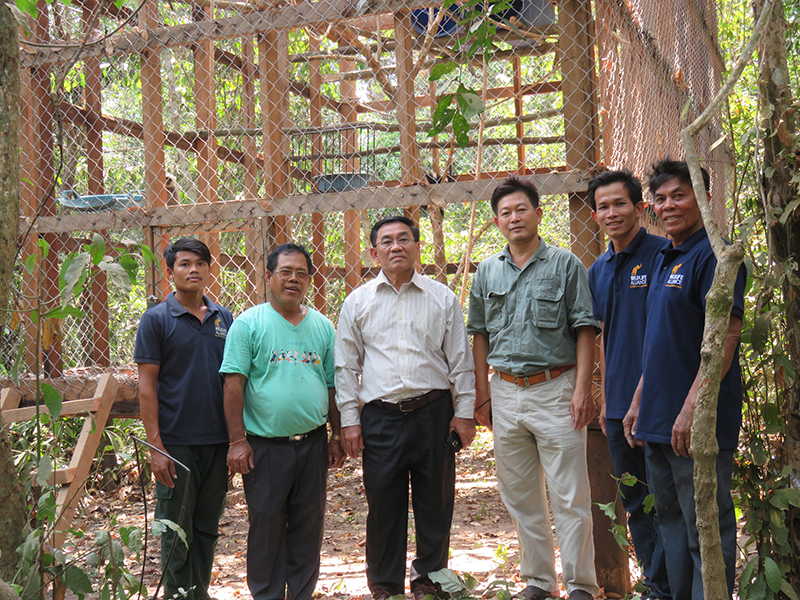 The Angkor release program team including staff from the Apsara Authority, Forestry Administration and Wildlife Alliance

Last year marked another milestone for the project, with the release of the first wildcats and bird species. A pair of Oriental Pied Hornbills now fly through Angkor’s forests, with more hornbill releases planned soon. 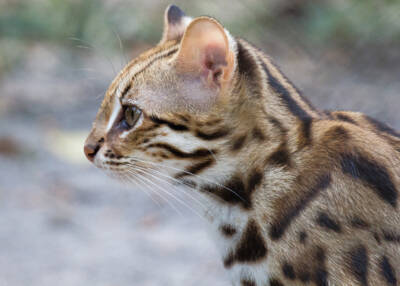 Leopard cat released in December 2020 within the Angkor landscape 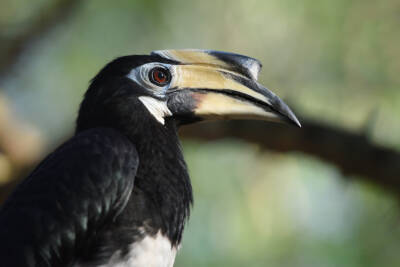 Oriental Pied Hornbill released in December 2020 within the Angkor landscape

In December 2020, a pair of leopard cats was released. The cats have not returned for supplementary food since – a good indication that their wild instincts are serving them well. Meanwhile, a fourth pair of gibbons was transferred to an acclimatization enclosure to get used to their new forest home before their release. 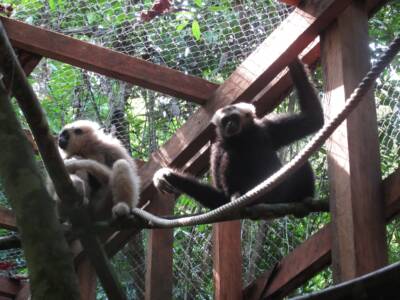 So far, the future is looking bright for wildlife released at Angkor. Regarding the continued success of the project, the Apsara Authority’s Chou has a message for the public.

“I would like to ask [all] tourists and people living nearby: please do not touch, disturb and most especially do not feed the animals,” he said. “When you feed them, they become habituated to people, meaning they won’t adapt to life in the wild.”

The Angkor temple complex was once lost to the world. Its rediscovery led to global recognition of Angkor as a centre for Cambodia’s cultural heritage. If the success of the release project continues, Angkor can reclaim its place as an important site of Cambodia’s natural heritage too.

The International NGO Wildlife Alliance was founded by Suwanna Gauntlett to offer direct protection to forests and wildlife through cutting edge conservation programs. The organization provides technical assistance and critical thinking to governments and strives for stakeholder consensus in achieving solutions to multiple environmental threats, including animal trafficking, economic land concessions for agro-industrial plantations and mining, and community encroachment on forestland. Wildlife Alliance is the leader in direct action in the Southeast Asian tropical belt.