A Critically Endangered Sunda pangolin rescued after loosing a leg to a snare gets its wound cleaned  with iodine by vets at Phnom Tamao Wildlife Rescue Center.

What is an ‘Endangered species’? We hear the term used all the time, and the definition is quite broad, subjective, and open to interpretation. The IUCN defines an Endangered species when ‘there is a very high risk of extinction in the wild in the immediate future’. Why would we care about these species? What are we doing to prevent their extinction? Endangered species breeding programs are thought to contribute significantly to the conservation status of many species. By providing safety/insurance populations, which can be managed to ensure genetic diversity, and to some extent disease status, these individuals can then be introduced to existing wild populations or be used to create new populations in other suitable habitats. 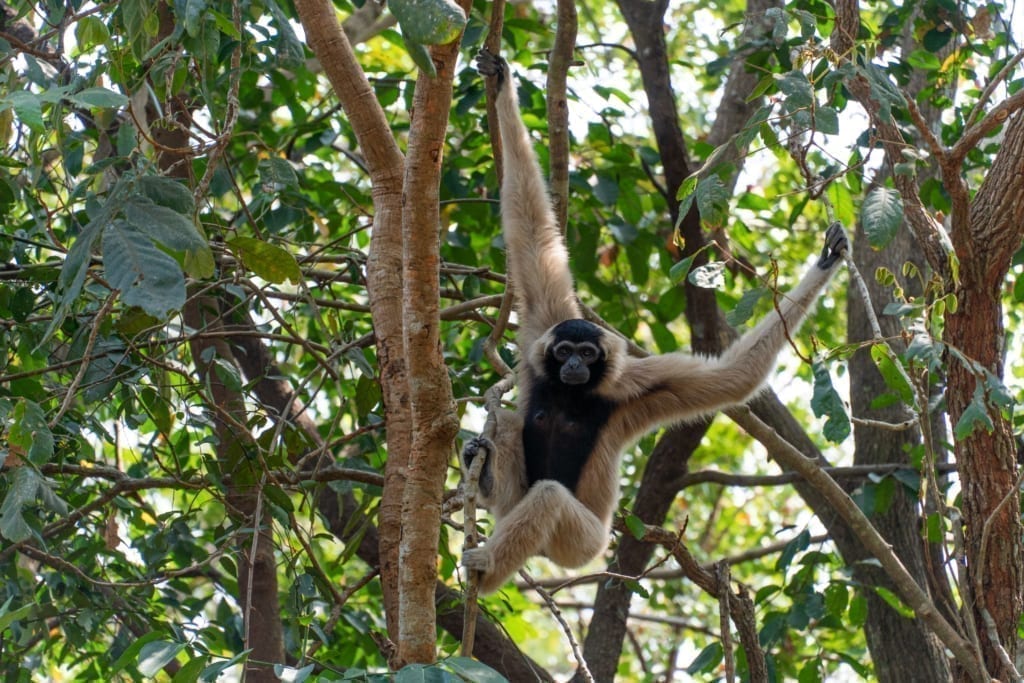 Wildlife Alliance’s Wildlife Rescue and Care Program is directly contributing to the wild populations of at least four Endangered, or Critically Endangered, species in Cambodia. Eld’s deer Rucervus eldii siamensis, Pileated gibbon Hylobates pileatus, Sunda pangolin Manis javanica and Silver langurs Trachypithecus germaini are all being bred at Phnom Tamao or our Wildlife Release Station, and reintroduced at one of our three release sites within Cambodia. In addition to the breeding programs, these species are often rescued and released, either with or without a period of rehabilitation depending on their age and health status.

One of the benchmarks used to judge the success of a breeding and release program is the released individuals’ survival and reproduction, as well as the survival of their offspring in the wild. To date, we have released 11 Eld’s deer, four gibbons and four pangolins, all of which were captive-bred. Post-release monitoring has confirmed that the Eld’s deer and gibbon have successfully reproduced, raising young under what is considered to be semi-wild conditions (in that supplementary feeding is still provided). Although post-release monitoring for pangolins occurs in the form of VHF-transmitters and daily tracking, visual observation is difficult for this elusive and nocturnal species, so we cannot confirm they have bred once in the forest. However, there is work underway to conduct more robust tracking for future releases which will provide more information on their release outcomes and inform future protocols for the species.

One of the benchmarks used to judge the success of a breeding and release program is the released individuals’ survival and reproduction, as well as the survival of their offspring in the wild.

Pileated gibbons have been extirpated or hunted to extinction locally in the forests of Angkor for many decades. Reintroduction programs, such as the one we are working on in conjunction with the Forestry Administration and APSARA Authority, to re-wild the forests of Angkor, a UNESCO World Heritage site, are an example of an Endangered species breeding program working to reintroduce species to habitats they once occupied. This program has also highlighted the suitability of captive-born animals for release programs, with one third of the released pairs being captive born.  Previously, it has been postulated that captive-born individuals would not be suitable for release due to the potential loss of innate behaviours or the lack of fear response to humans. However, we have determined that with strict reintroduction protocols for captive-bred individuals, including providing rehabilitation enclosures that stimulate natural behaviours and allowing mothers to raise their offspring with limited human contact, captive-bred animals are able to exhibit wild behaviours necessary for their survival in the wild. 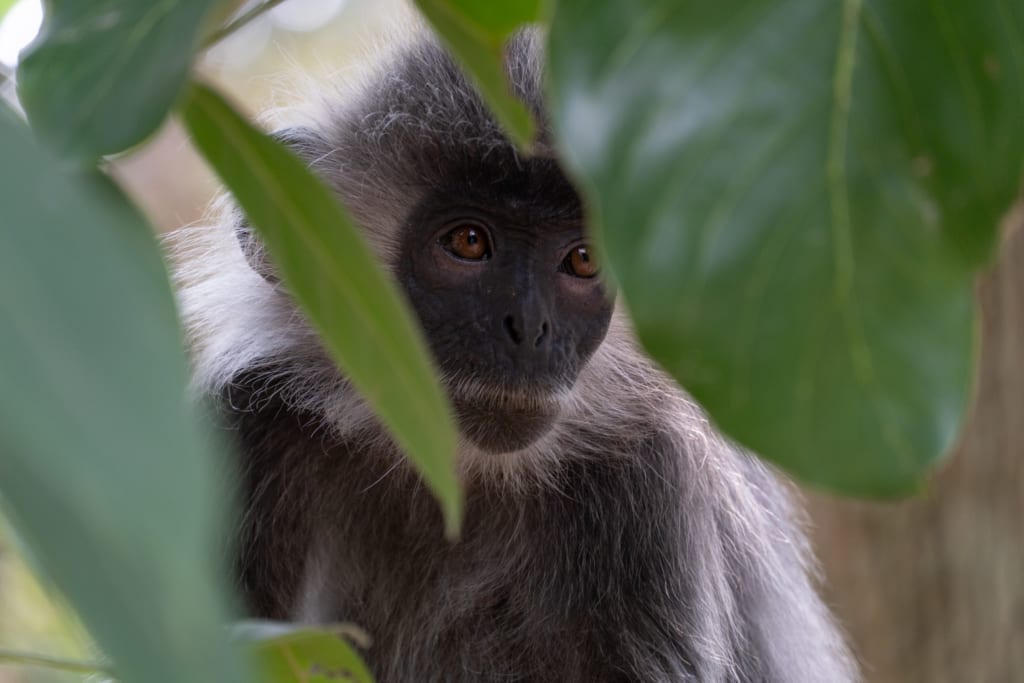 A silver langur, of one of the four species part of Wildlife Alliance’s Endangered species breeding program.

In other areas, Endangered species breeding programs can be utilised to reinforce existing wild populations. For example, like the program for the Sunda pangolin we have running at our Wildlife Release Station in Koh Kong. In this program, animals that are rescued from the illegal wildlife trade may spend a period of time in captive facilities to form breeding pairs or permanently injured individuals will be provided sanctuary and care for life, with only their offspring being released. This helps to bolster the already existing wild populations in the region.

In conservation, there are a suite of tools available at our disposal. Endangered species breeding programs is just one of the many tools that can be used to complement other initiatives, such as alternative livelihood and habitat protection programs, ensuring a holistic approach in endangered species conservation.