With intel on a suspected wildlife meat trader, the Wildlife Rapid Rescue Team (WRRT), accompanied by the Kampong Speu provincial prosecutor and local authorities, went to search the suspect’s house along National Road 4. During the search, the team found 6kg (13.2 lbs) of wild boar meat, 4kg (8.8 lbs) of red muntjac meat, 1.5kg (3.3 lbs) of common palm civet meat, 14 pairs of Malayan sun bear claws, a live yellow-headed temple turtle, a Royal turtle (batagur baska), 5 Asian soft-shell turtles, an elongated turtle, 3 giant Asian pond turtles and a Burmese python. They also found fake elephant ivory and fake rhino horn. Of particular interest was one of the turtles confiscates – a Royal turtle (Batagur baska).  This species is Endangered and the Wildlife Conservation Society (WCS) conducts a captive breeding and release program for the species. The turtle we confiscated was one previously released, as it had been microchipped. WCS later collected it from Phnom Tamao Wildlife Rescue Center.

While searching the original suspect’s home, the team spotted a suspicious bag in the garden of the adjacent home. In collaboration with the prosecutor, the team inspected the bag and found wild meat including 10kg (22 lbs) of wild boar meat, 2.5kg (5.5 lbs) of red muntjac meat, 6.30kg (13.7 lbs) of common palm civet meat and 10 Asian soft-shell turtles.

Both offenders were fined following the Forestry law. The first trader was fined 5.371.000 riel ($1,342.75) and the second trader was fined 5.340.000 riel ($1,335). The wild meat was burnt by the WRRT at the local FA cantonment and the live wildlife was brought to Phnom Tamao Wildlife Rescue Center (PTWRC) overnight and was released the next day by the WRRT in their natural habitat. 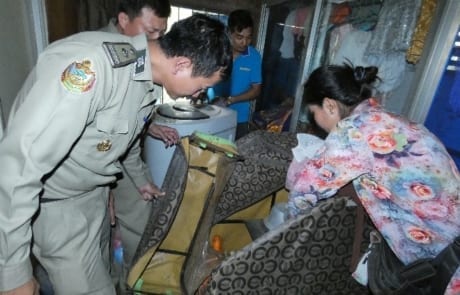 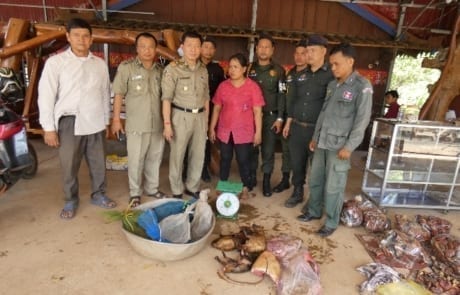 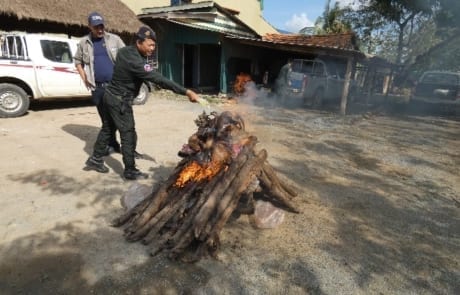