A pangolin is born!

Happy #WorldPangolinDay! This celebration is in its 11th year. Read on for more on how we protect pangolins in Cambodia, and how you can tip the scales in their favour. Let’s dive in with some exciting news! 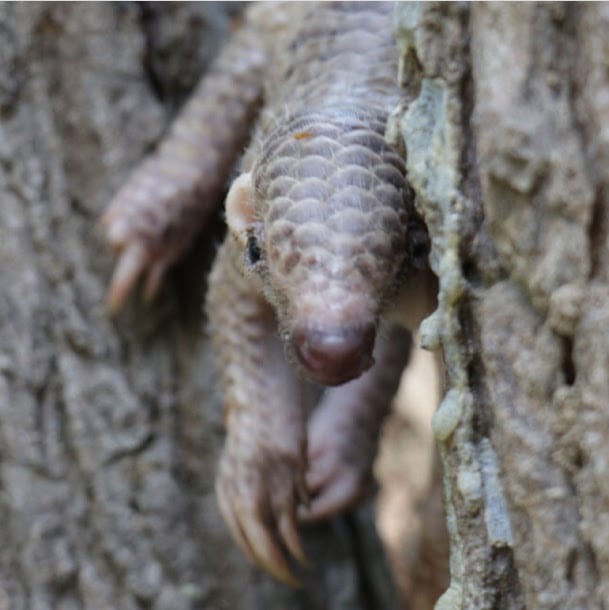 In early January, rescued female Sunda pangolin, Gerti, gave birth! We’re delighted to welcome another pangopup! For this critically endangered species, every one counts! Right now, our team is leaving mum and pup in peace to give the baby the best chance. This means no photos, but the new arrival looks just like the baby above who was hand raised after her rescue in 2017! We will keep you updated as the new pangopup grows! Why are pangolins the world’s most wanted animal?

Pangolins are solitary, secretive and covered in scales, rolling up into a ball as protection from predators. Sadly, this is their only form of defense and sadder still, they are the “world’s most trafficked mammal”. Pangolins have become a highly prized commodity, sought after for their scales and meat. In some parts of the world, they are served up as a sign of status, including baby pangolins like our new arrival.

Experts warn of pangolins being eaten to extinction.

This is despite efforts to protect the scaly mammal. All 8 pangolins species being CITES listed, making trade of pangolins prohibited. But the future of the species still hangs in the balance, with all pangolin species listed as threatened on the IUCN Red List, from  Vulnerable to Critically Endangered.

Why are pangolins so wanted ?
The pangolin market is driven by the demand for trade on the black market. Pangolins are sought after for 3 products:
Scales – made up of keratin (the same as your hair and fingernails) the scales are used for many purposes within Traditional Medicine.
Meat – prized as a delicacy and can often be listed as the most expensive meat on the menu in restaurants where exotic meats (legal and illegal) are sold.
Skin– The unique pattern of the skin formed from where the scales grew makes the leather desirable to some for boots and handbags.

How we protect pangolins

Pangolins rescued from the illegal wildlife trade in Cambodia are brought to the station for assessment. If deemed appropriate, they are released straight back into the forests for a second chance at a wild life. But if they are too young, or in need of rehabilitation, they are housed in specially designed enclosures for around 3 months before release. Select individuals are chosen for the breeding programme, and may subsequently be released. Soft-released animals are tagged with a transmitter so that we can monitor their adjustment to their new wild home! Read more about our pangolin release program here.

3 ways you can support pangolins!

Meet Raya, our pangolin for sponsor! 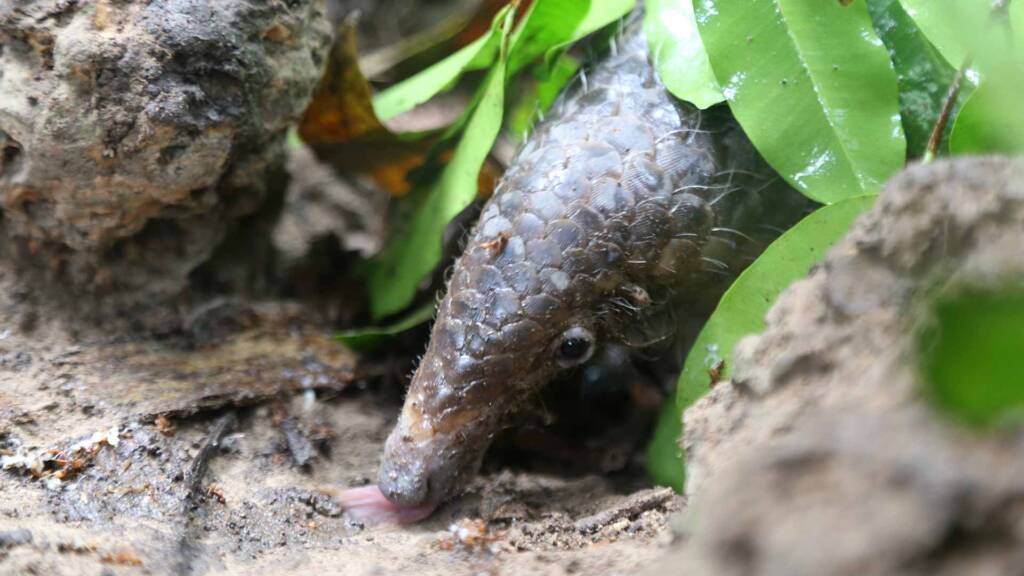 Raya’s story
In September 2020, Raya was rescued near capital Phnom Penh. A young female weighing in at only 1.5 kg, Raya was active from the get go. She spent a few days at Phnom Tamao Wildlife Rescue Centre while her health was assessed. Soon after, vets gave her a clean bill of health and Raya came to live at the Wildlife Release Station.

She settled into her new home well. Initially, keepers at the Station placed her with another older, shyer female. But little Raya was quick on her feet, and began stealing more than her fair share of the nightly ant and termite buffet! So now she’s flying solo and has adjusted well.

Plus, you can follow her exciting story and be the first to know if she gives birth to her own pangopup!

Thanks for celebrating pangolins with us!

We wish you a happy World Pangolin Day!