Binturongs Rescued from Illegal Wildlife Trade Released Into the Wild

Often confiscated from markets by the Wildlife Rapid Rescue Team (WRRT), binturongs suitable for release are rehabilitated in forested, open-top enclosures in an area not accessible to the public. When they are ready to be released, they are transported to the Wildlife Release Station (WRS) in Koh Kong and are kept in a pre-release enclosure to allow them to acclimatize to the new sites and smells of the jungle!

While in their pre-release enclosure, this pair became a favorite for visitors at WRS. In February, the binturongs were fitted with radio collars, which allow them to be tracked post-release. In early March, it was determined the binturongs were uninhibited by their collars so one night a platform with their evening meal and a camera trap on top was set up outside their enclosure and the door was opened! The female and male left the enclosure about an hour apart, stopping only briefly for the fruit provided for them, before making their way into the forest.

The keepers are now tasked with tracking the binturongs every day to ensure that they are adapting to their life in the wild. The binturongs have not remained around the camp, moving far into the forest which makes tracking a lengthy process! We will continue to track them as long as the collars allow, as well as put supplementary food out for them to support them while they settle into their new life in the forest.

We would like to thank everyone who supported their release, including the Bock family who funded the collars and visitors to our overnight WRS stays which helps fund the costs of our release work! You can visit our Wildlife Release Station and meet the other rescued animals before they return to the wild and help support the care and release of these animals. 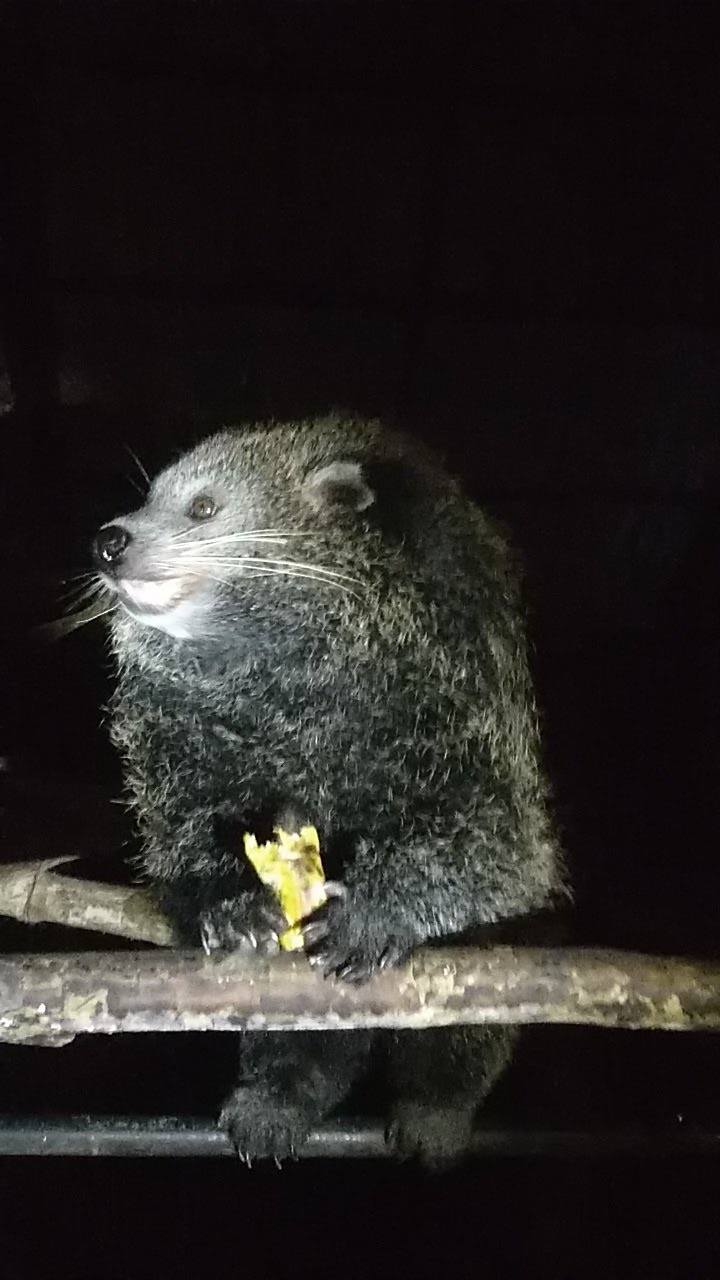 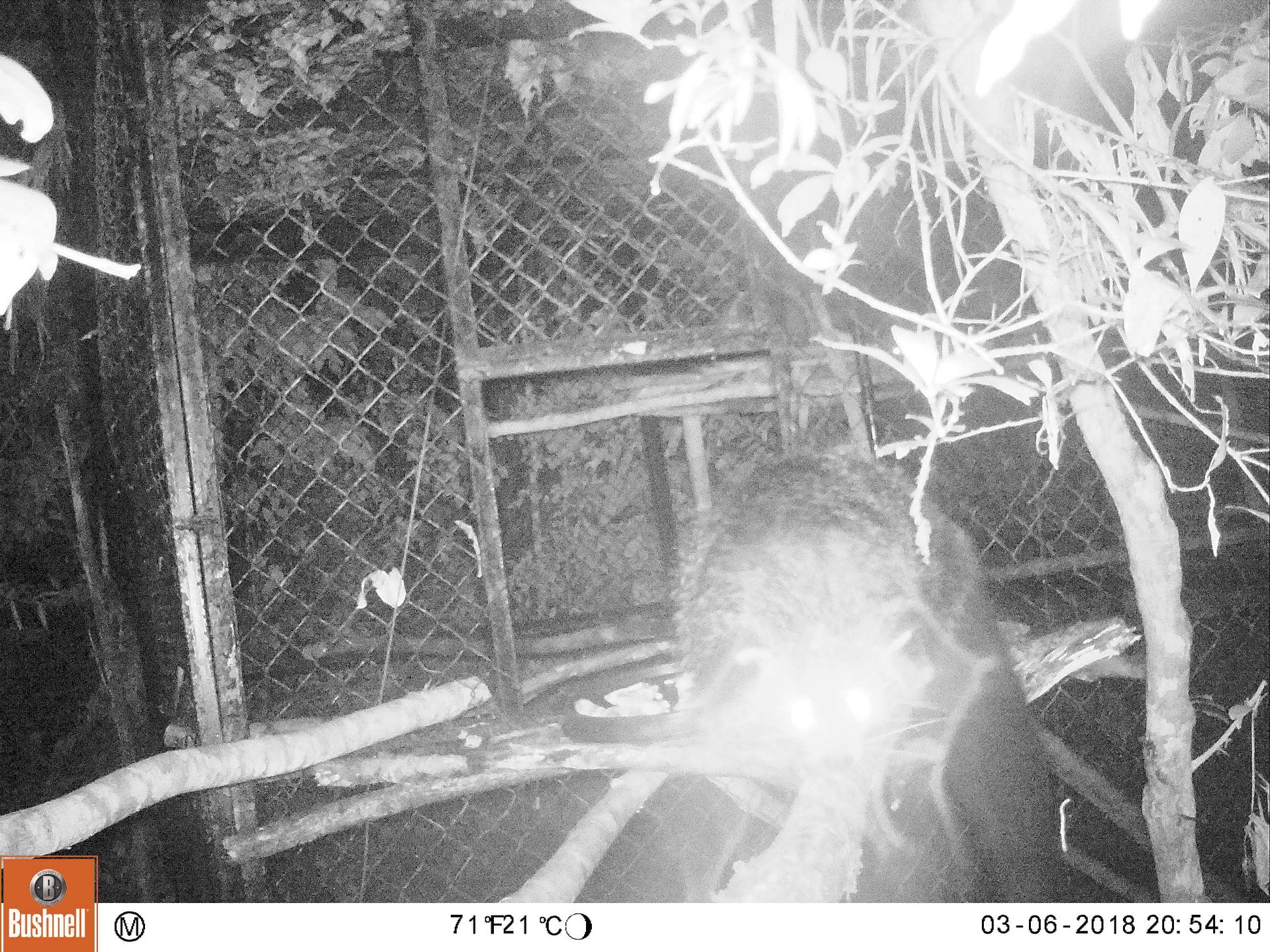 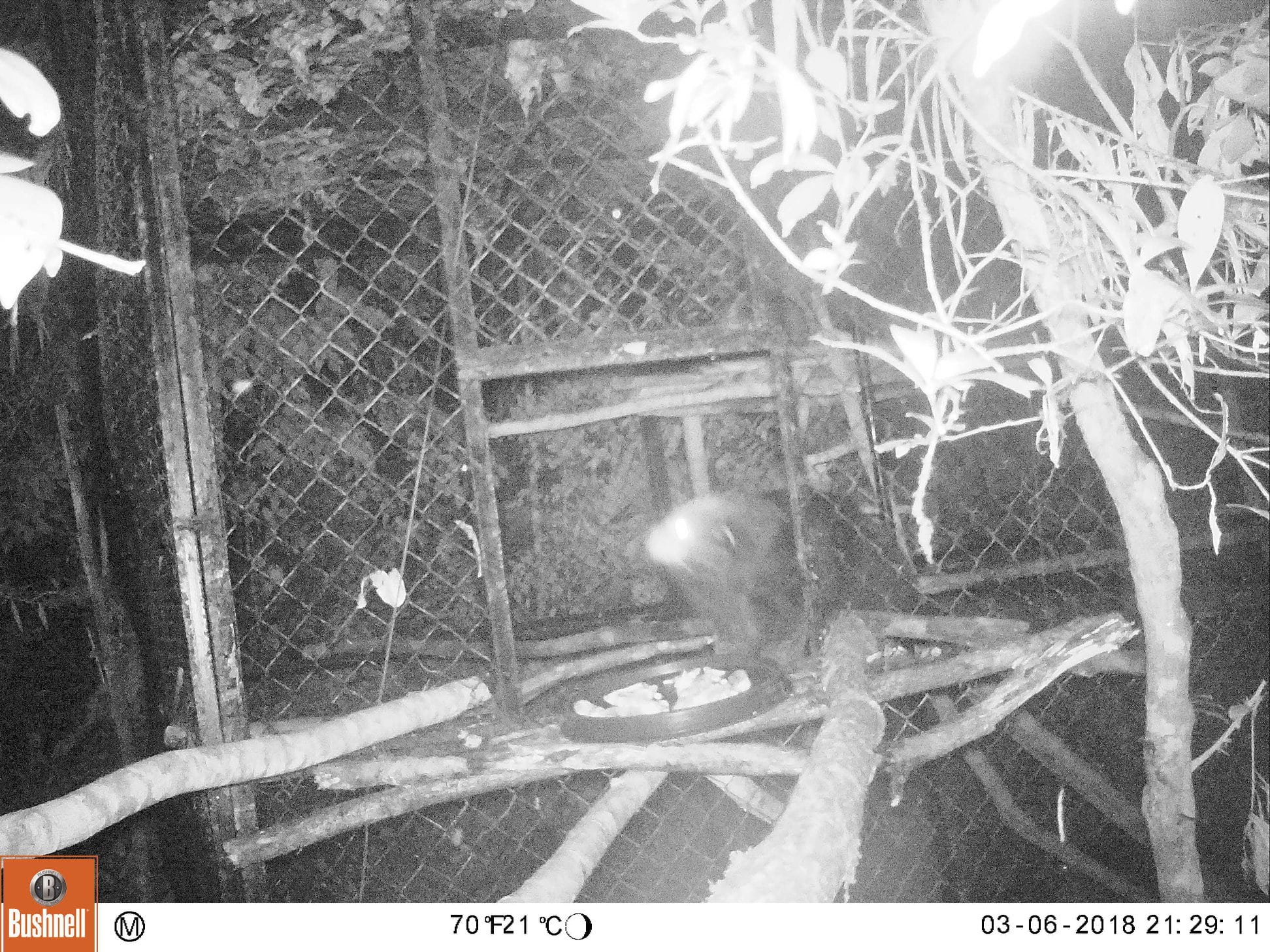 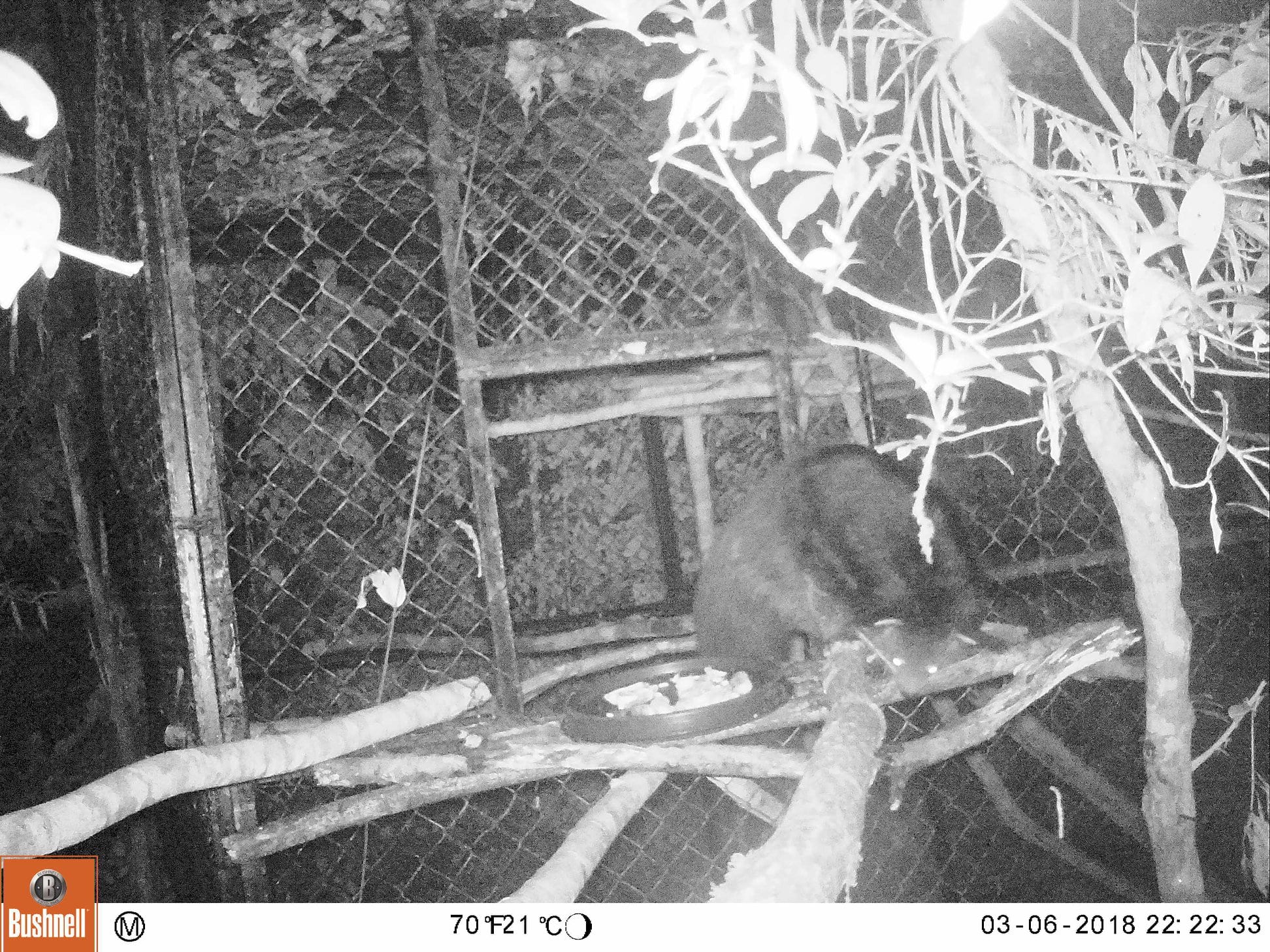 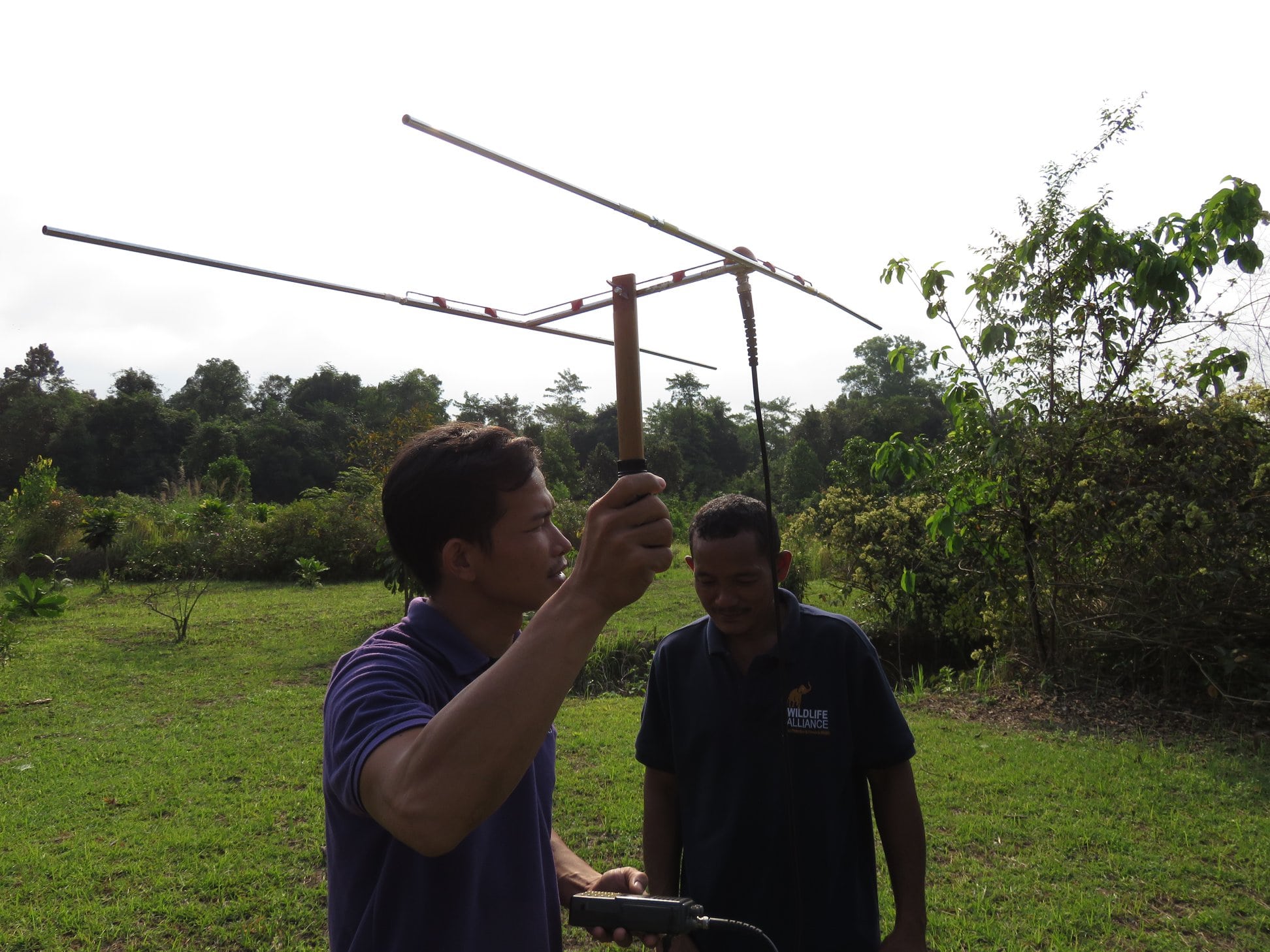 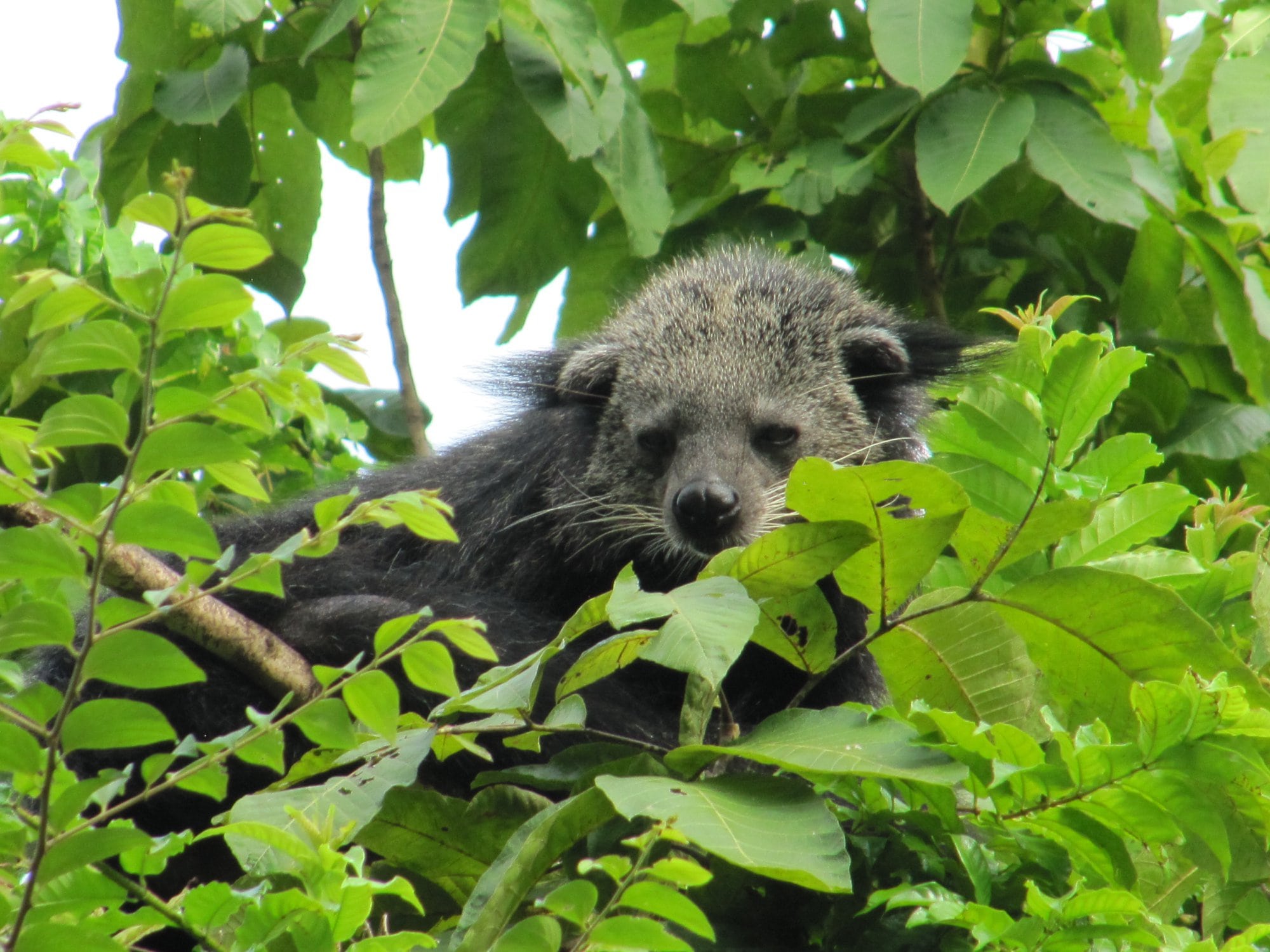