Disrupting the wildlife trade on the Cambodia-Vietnam border

The Wildlife Rapid Rescue Team (WRRT) has spent a lot of time in recent months on the eastern side of Cambodia to try and disrupt the wildlife trade between Cambodia and Vietnam. They inspected seven suspected traders’ houses, four restaurants, and several local markets for evidence of wildlife trafficking. These operations resulted in 11 successful busts with three offenders being fined and four other offenders being apprehended. Live birds and turtles in addition to more than 400 kg (881 lbs)of wildlife meat were confiscated during the raids.

In another operation on their way to Siem Reap, the WRRT busted two restaurants in Kampong Cham City. At the first restaurant, 26 live red collared doves, eight dead spotted doves, and 38.5 kg (85 lbs) of dead brown prinia, 42 dead red collared doves, and seven turtle carapaces (shells) were confiscated. The offender refused to pay a transactional fine and the case was sent to court. At the second restaurant, the team found 12 live snail eating turtles and 269 turtle carapaces. The offender paid a fine and all wildlife was released by the team. 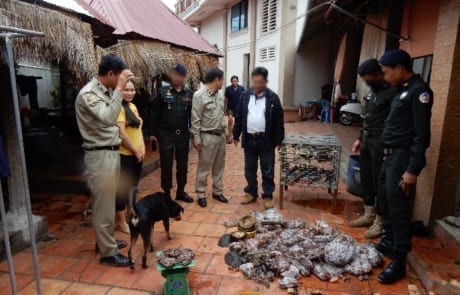 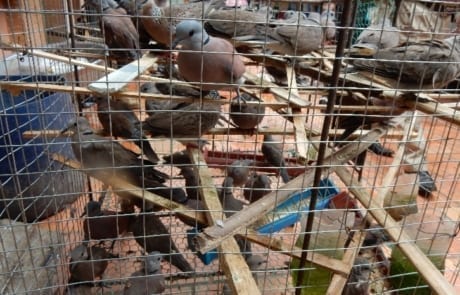 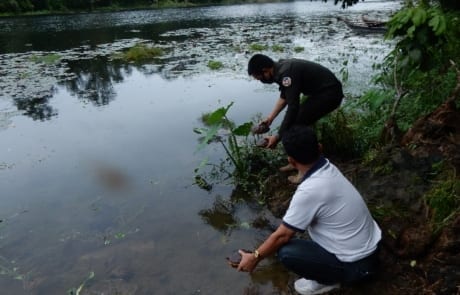