Today is International Leopard Day 2021! These “spotted leopards” are found from Casablanca to Jakarta. But the big cats face big threats everywhere!

Leopards are  globally Vulnerable [VU] according to the  IUCN Red List, the world’s leading authority on threatened species.

Leopards on the brink

On average, leopards have been wiped out from nearly 75% of their range. Time is running out for leopards, so raising awareness is vital!

How to help Leopards

For researchers from Oxford University’s Wildlife Conservation Research Unit (WildCRU), pop culture could be the answer. After all, leopard print is hot in fashion and media. Internet searches found 2.9 million Instagram posts and 80,000 English-language news articles with the hashtag #leopardprint. So why not lean on the big cats’ popularity to secure a brighter future for leopards? But Wildcru didn’t stop there. They had a bolder suggestion: make it pay! For every leopard print item sold, add a royalty to generate funding for conservation.

While such a royalty may be a long way off,  there are other actions we can take here and now.

Do you have a leopard print shirt, dress or accessory in your wardrobe? Wear it this World Leopard Day! Leopard print turns heads, so turn those compliments into conversation starters with your family, friends and colleagues!  The more people who participate, the greater the buzz about this incredible but endangered species!

There are nine subspecies of leopard, of which Cambodia is home to one, the Asiatic or Indochinese leopard (Panthera pardus delacouri). 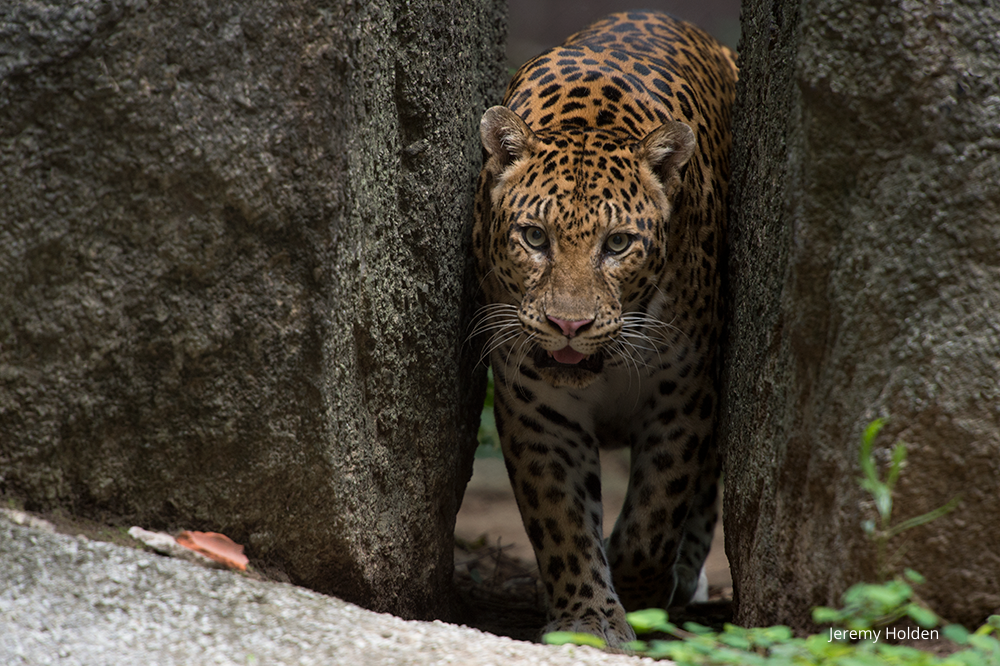 As elsewhere, Cambodia has a diminishing population of leopards. They live in a small corner of dry forest in northeastern Cambodia. Here, they fill the niche left by tigers, which were declared functionally extinct in 2016. The male leopards here are legendary for their hunting prowess. They have been  known to take down  banteng (Bos javanicus), enormous wild cattle many times greater than them. This makes these males unique: they form the only known  leopard population whose primary adult prey weighed in at over 500 kg. Furthermore, the leopards play an important role in the forest ecosystem: researchers identified them as an important apex predator.

But Cambodia’s leopards have adapted and no longer need to compete with tigers for food, they are not out of the woods.

Like their counterparts elsewhere in Asia and Africa, leopards in Cambodia face habitat loss and conflict with humans when they prey on livestock. In addition to these threats, they may be directly persecuted. Leopards are hunted down for their skins, bones, teeth, and other parts, which are prized as as decorative items and ingredients in traditional medicine. Yes, thankfully they are.  In Cambodia, the Indochinese leopard is protected under Article 359 of the Joint Declaration on the Prevention of the Destruction of all types of Wildlife… (1994), and subsequently Articles 48-50 of the Forestry Law (2002) which classify Leopards as “rare.”

Fortunately, in the above case of big cat crime, one suspect was arrested and charged. They later paid a fine of $25,000.

How many leopards are left in Cambodia?

In short, not many. While exact numbers are hard to come by, estimates put the population at no more than 30 leopards. In the same year as the above bust of big cat parts, researchers from Oxford University’s Wildlife Conservation Research Unit (WildCRU), were conducting leopard surveys in Srepok Wildlife Sanctuary (SWS) in northeast Cambodia. Their findings were alarming. They found less than 1 leopard per 100km², 72% lower than an estimate from  2009 at the same site. Worse still, this was one of the lowest densities ever reported in Asia. Meet Reap, our female leopard. The big cats are generally solitary, and today Reap lives alone at Phnom Tamao. But it wasn’t always this way – up to 2019 she shared an enclosure with her mate, Songha who passed away due to old age.

Reap had a tough start in life. She grew up in desolate zoos across Cambodia before finding her way to Phnom Tamao.

Nowadays, she has a laidback lifestyle and is friendly cat. Reap loves a rub from familiar staff at Phnom Tamao!

Most days, she’s happy to get a rub from familiar staff! Now getting on in years, Reap remains incredibly playful. She loves the regular barrels, boxes, and balls which enrich her days! 3 ways you can support Reap

2. Out of the country but still want to help? You can purchase a barrel for Reap, or feline vaccinations for our other cats through our virtual gift shop.

3. Follow our social media for updates on our lovely leopard! 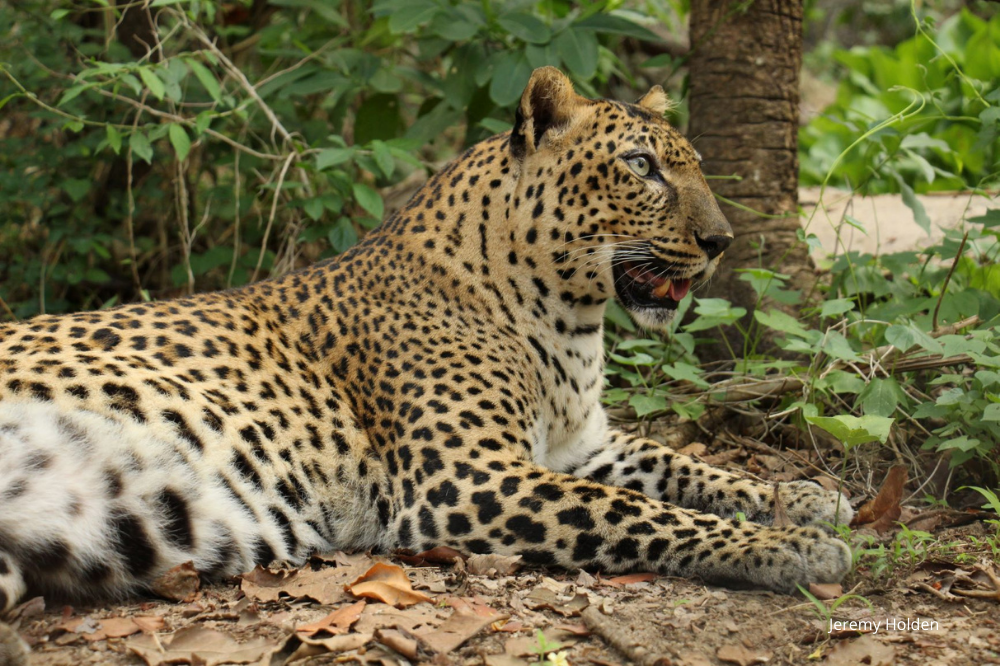