This Critically Endangered Sunda Pangolin was rescued by a concerned Cambodian who found the pangolin for sale in a market and brought him to Phnom Tamao Wildlife Rescue Center. The male was transported to Wildlife Alliance’s Wildlife Release Station where the habitat is more suitable for pangolins and to participate in our Sunda pangolin captive breeding and release program.

Because Sunda pangolins populations are so low and they are under persistent threat from poaching, captive breeding programs are necessary to save the species from extinction. This male fathered two cubs with our resident female pangolin, Lucy, who lost two feet after being caught in a snare.

After fathering the two cubs that were subsequently released, the male pangolin became a bit too over-amorous, found in the evenings riding on Lucy’s tail and costing her extra energy to drag him around the enclosure.

They were then separated and it was decided the male would be returned to the wild as Lucy was no longer interested in his attentions. The male was released in March, the keepers opened his enclosure door and left his meal, a plate of red ants, outside. We continue to provide a plate of red ants every night which we find is consumed every morning. Usually released pangolins do not eat the supplementary food we give them but prefer the fresher ants and termites they can find in the wild. Perhaps they are being consumed by the surrounding wildlife, or our male is staying around the enclosure if he is still interested in Lucy and is taking advantage of the meal provided for him!

A new male, weighing 10kg, was rescued in Phnom Penh after he was reported to have escaped traders possibly transporting him to a restaurant. He was brought to an enclosure beside Lucy, so that the two could become familiar with each other before opening the door separating the two enclosures. The male, however, had other ideas and tore a hole in the wall of the enclosure in order to get closer to Lucy. The two are now found each night sleeping together in the logs and termite mounds provided! We hope that they parent more pangolin cubs for release in the future! 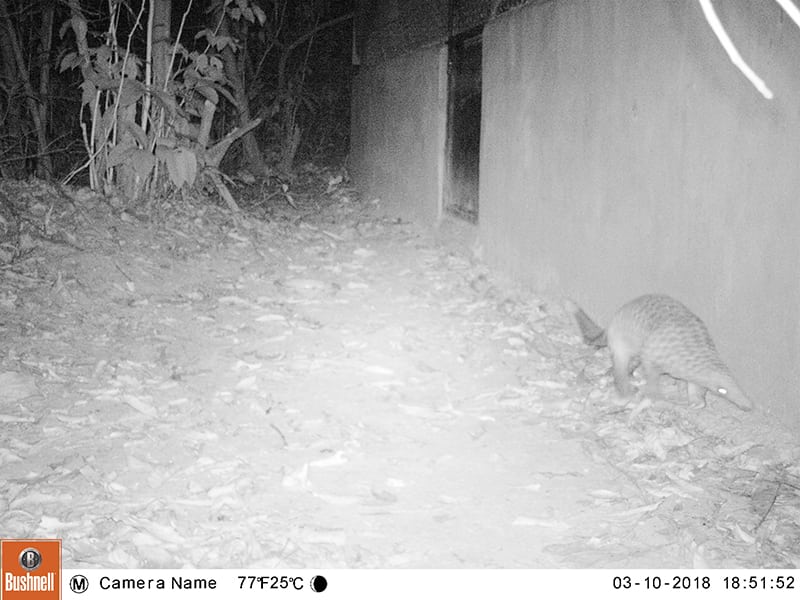 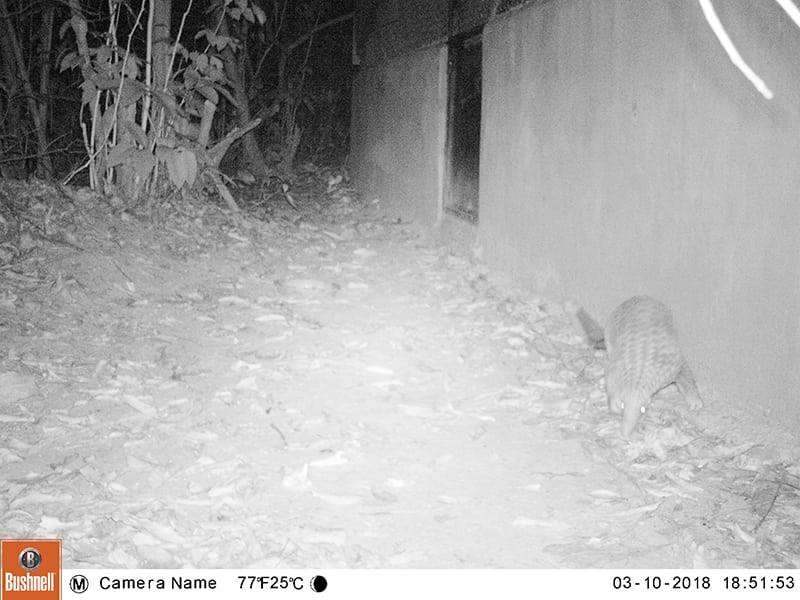 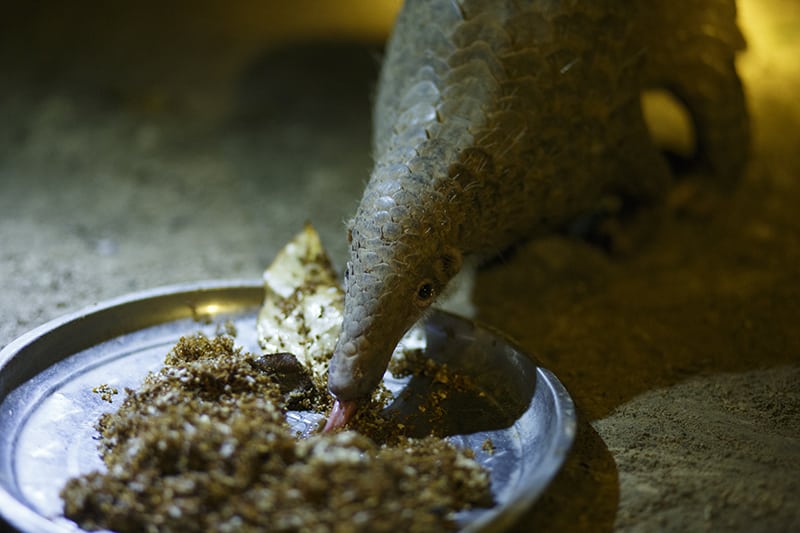 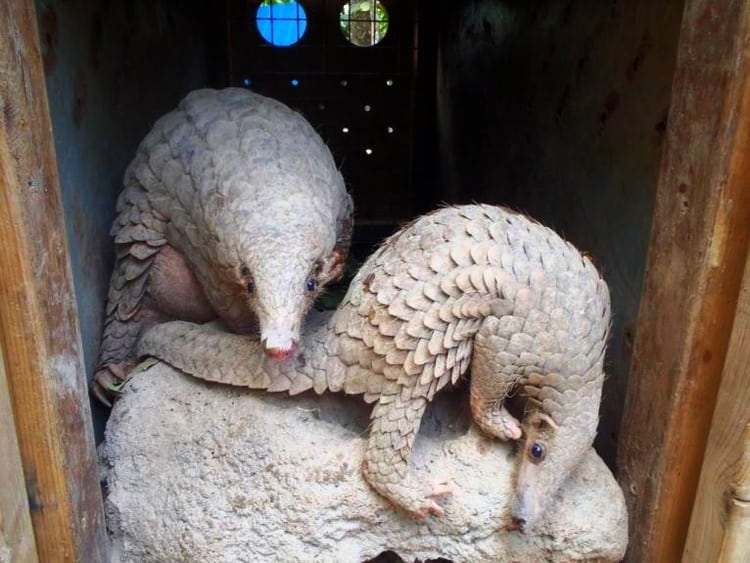