Last month, with information from an informant, the Wildlife Rapid Rescue Team (Cambodia’s multi-agency wildlife law enforcement unit which is run with technical and financial support from Wildlife Alliance) investigated an ivory carving shop in Phnom Penh. The WRRT, accompanied by local police, local Forestry Administration officials, and the Deputy Prosecutor of Phnom Penh Court, raided the suspects home and found 8 kg (17.6 lbs) of ivory, 5.7 kg (12.6 lbs) of wild pig tusks, one wild pig skull, 3 red muntjac deer skulls, and one Eld’s deer antler. The WRRT arrested the offender and brought him to the Phnom Penh Forestry Administration cantonment where a court case was filed against him. He has been released until the court issues a verdict.

The presence of ivory carving shops in Cambodia has been on the rise in recent years. While there is a small demand for ivory from Cambodians, the increase in demand is mainly fueled by foreign consumers, particularly Chinese nationals [source]. Since 2016 there has been an explosion of Chinese investment in Cambodia, which has resulted in a massive upsurge in Chinese tourist in the country, the primary target market for ivory shops in Cambodia. The Wildlife Rapid Rescue Team is working to crack down on and close ivory shops throughout Cambodia. 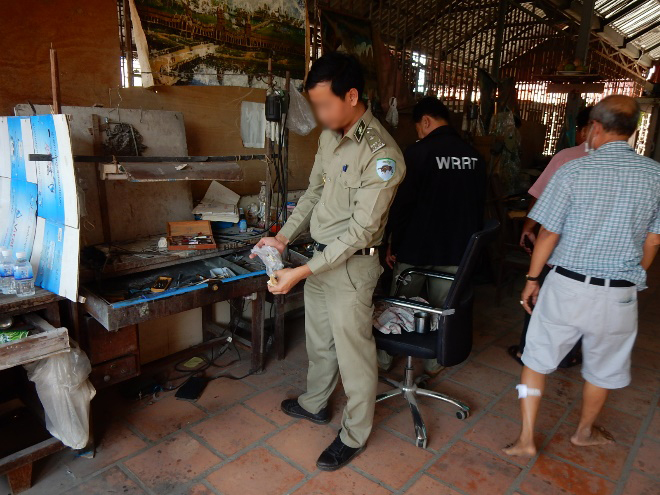 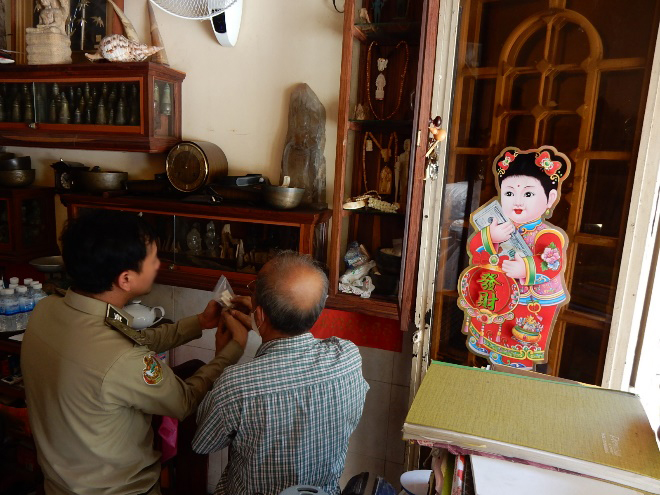 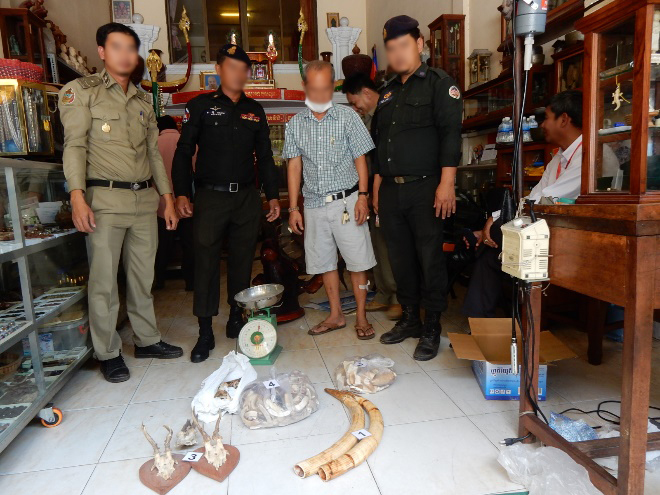 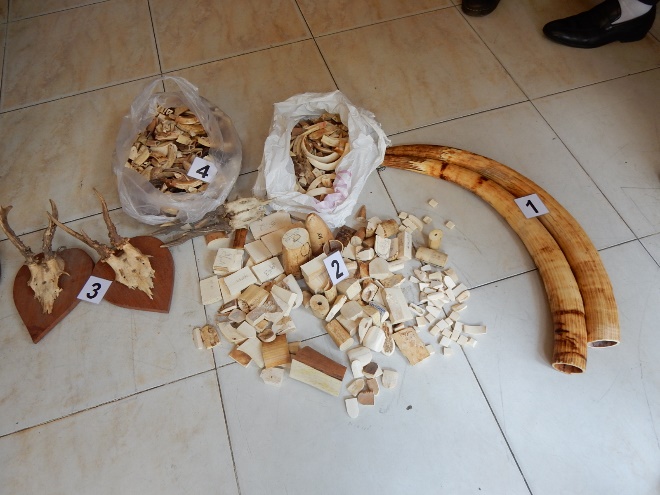