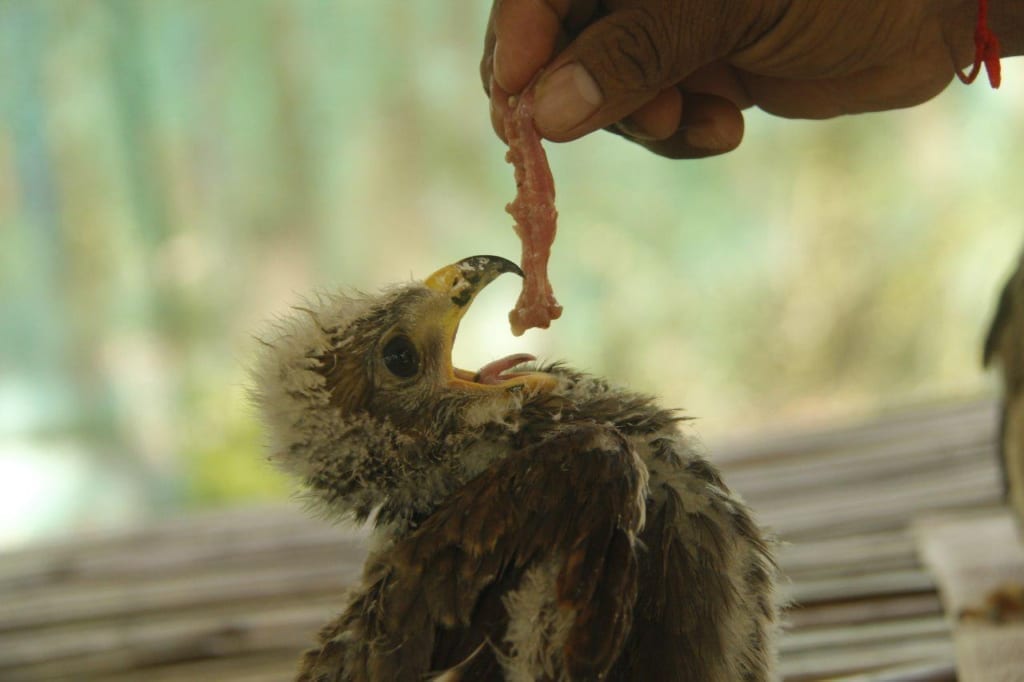 As usual at this time of year, the nursery has become very noisy with many baby birds being confiscated from traders. It is breeding time for a lot of bird species in Cambodia, so the traders raid the nests for chicks and eggs to sell into the illegal exotic pet trade. Our expert Wildlife Rapid Rescue Team work 24/7 to confiscate them and bring them to live with me in the Phnom Tamao Wildlife Rescue Centre Nursery while they rehabilitate. Sadly, some of the birds are already too weak or injured by the time they are rescued and either pass away shortly after arriving or have to be put to sleep. This happened recently with a black shouldered kite whose wing was so very badly broken the vets made the hard decision to end his suffering. 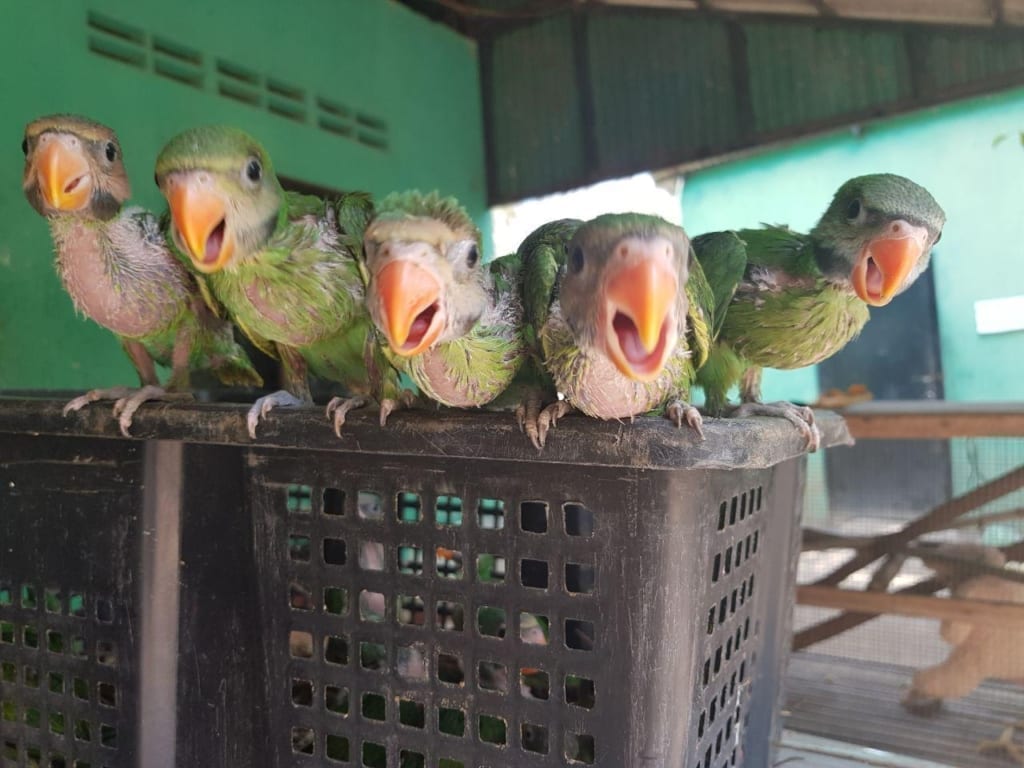 There have been a lot of parakeets through the nursery in the past few weeks, they are probably the noisiest, happily all of those have been released into the nearby forest so make their noise much further away now! At the moment there are a total of 19 black shouldered kites of all different ages, birds grow much quicker than monkeys though, so I am always surprised when they only stay for a few months! Much quieter are the 3 Indian roller birds, I know when it is their time to go because they are so beautiful! 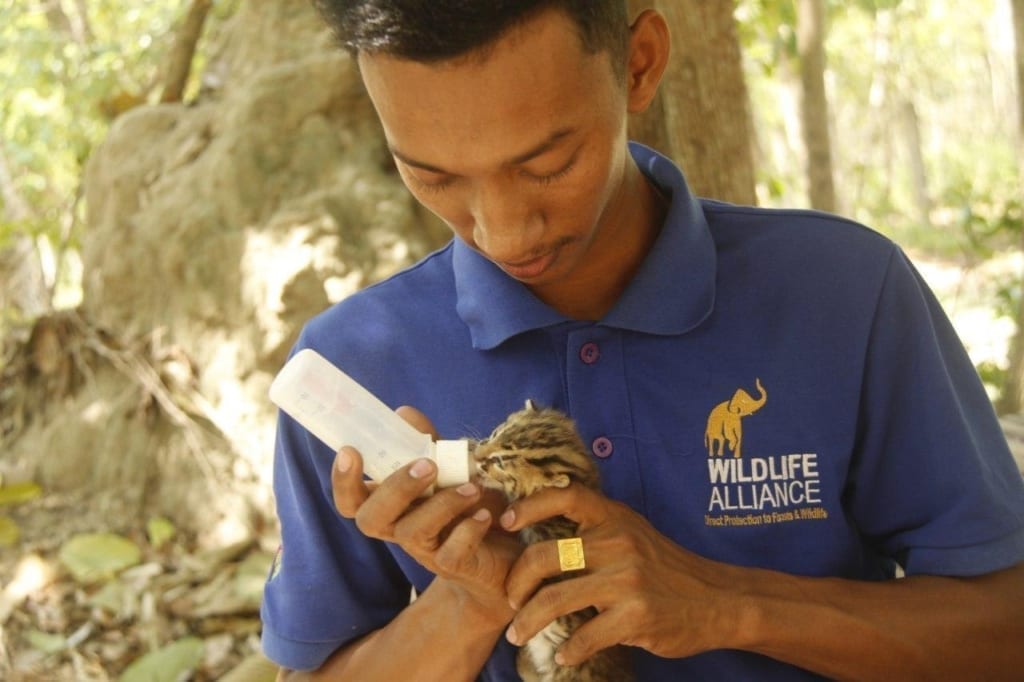 Two weeks ago, the tiniest leopard cat kitten arrived, it is so fluffy and cute! It must only be a few weeks old as it gets fed every 2 hours and still has baby blue eyes. 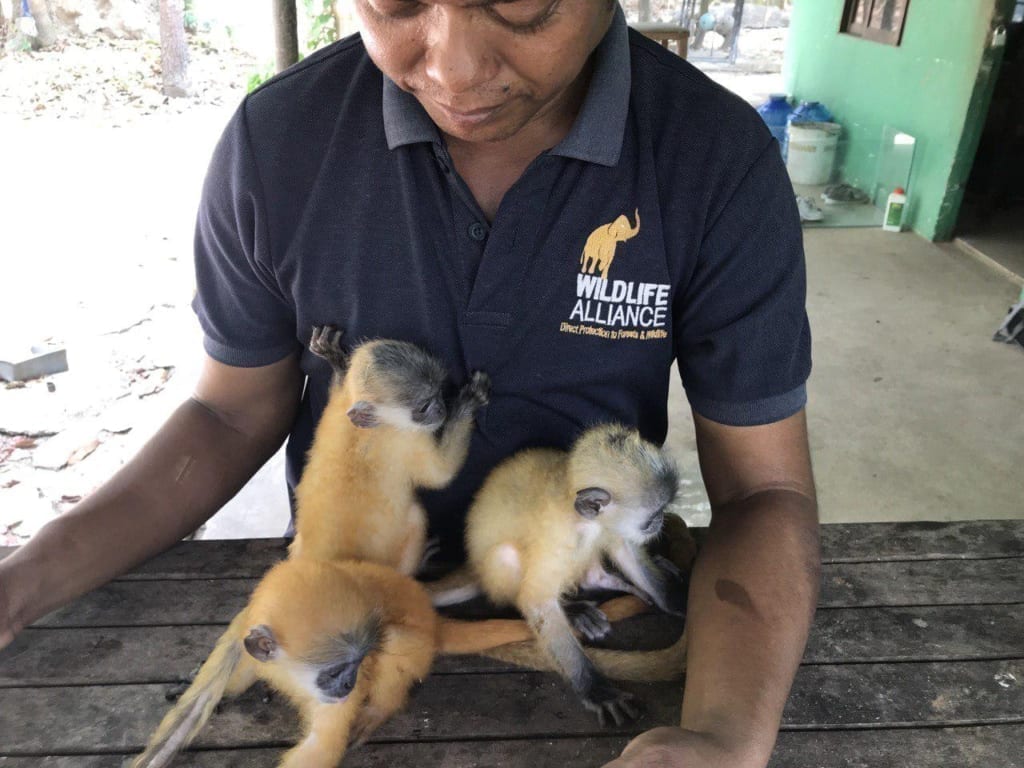 Longer term residents also include an Asian-small clawed Leopard cat kitten otter and a smooth-coated otter, they live together, you may have seen them featured in the Friday photo yesterday! They are so energetic and noisy when the fish arrives with the food truck! There are other fellow primate species as well as myself, at the moment there are 6 adorable silvered langurs, 2 of them are just changing from bright orange to silver, they do this at 3-4 months of age and 2 of them are fully silver and around 6 months old. A single yellow-cheeked gibbon, who keeps himself to himself mostly, he will start to learn his call from the other gibbons in the park soon. Finally, other than the 6 juvenile pig-tailed and long-tailed macaques that I live with, there are 3 others that are still growing big enough to join my troupe and learn the skills they need for life in the wild. 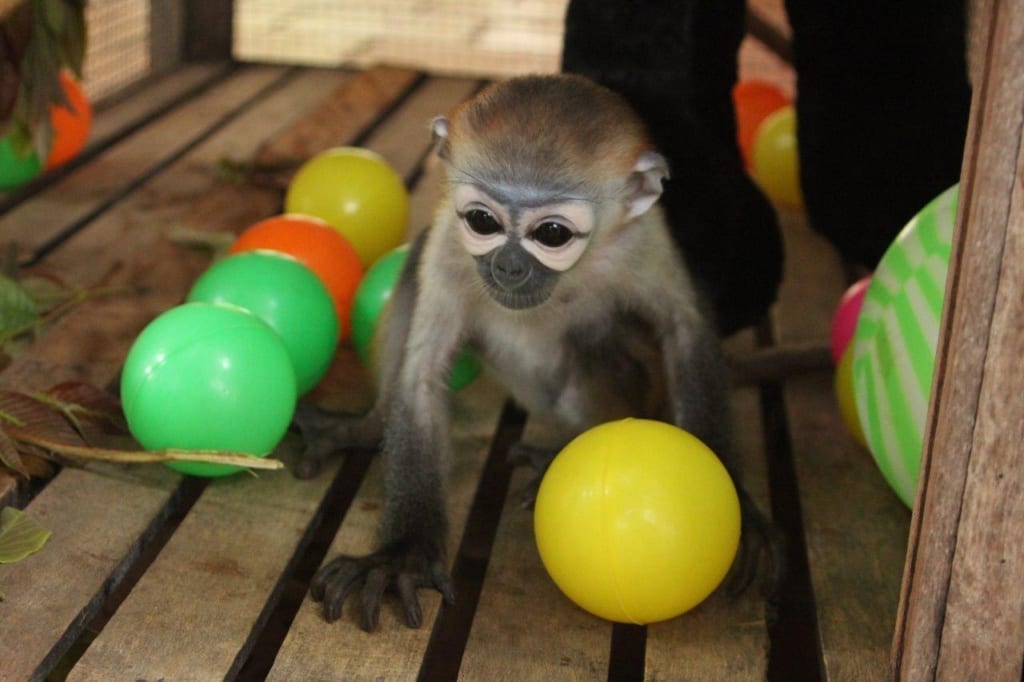 Over in the elephant section we have 2 very special Douc langur babies, one male and one female. They were rescued from the pet trade and are very hard to look after. I have seen only 2 others in the past and they didn’t make it, so I hope these will do well.

I hope you enjoyed my first ever nursery update, I hope to get better as time goes on! Please keep tuned in to see how these adorable babies are getting on in 2 weeks time!