What lives in the trees, has a blue face, is identified by its legs, and spends its days munching on leaves? A black-shanked douc langur (Pygathrix nigripes), that’s what!  In February, our Wildlife Rapid Rescue Team (WRRT) received a call from a Cambodian citizen who had purchased an infant douc langur from poachers in Mondulkiri, where this endangered primate is found. Determined to be a Black shanked douc langur, this is a species we rarely come across, with only 25 rescued or confiscated over the last ten years.

If we do ever come across this species it is normally in the period between November and March, which corresponds with the cooler weather and the beginning of the fruiting season. Members of the subfamily Colobinae, langurs as we call them, are leaf-eating monkeys and often require a specialised diet, ensuring an appropriate balance of green leafy material, with fruits/vegetables contributing only a small component. It is believed infants likely acquire the specialised gut flora/bacteria  which helps to break down a diet so high in fibre from their mothers, much the same as humans.

When infants are removed from their mothers at an early age, as is often the case in the illegal wildlife and pet trade, the infants miss this opportunity of bacterial transfer that allows them to thrive and grow into adults. The reality is many infant langurs that come into our care do not survive. And this species is no exception. However, their chances of survival are significantly higher under our care, especially compared to someone keeping the species illegally as a pet, without any knowledge of the specialist care they require.

Primate infants require a lot of tactile care, often permanently attached to their mothers, or lovingly cared for by other members of the troop, known as alloparenting, allowing mum a bit of respite. Upon arrival, our little arrival had a rocky start, with some stomach issues which we commonly see. A course of antibiotics, including some adjustments to her formula ratios, and we’re happy to say she’s healthy, going from strength to strength. The introduction of greens at this point to You-bee seems to be more for play than food, but really, name a baby that never played with their food, right!

She requires two-hourly feeds around the clock and therefore she’s keeping the team very busy, along with all the other babies currently in their care. Like most infant primates, macaques being the only exception, poor little You-bee is now highly likely to spend the rest of her life in captivity with us. Being hand raised and a species that lives in a troop, her chances of release are very slim. In addition to this, given the low frequency of which we come across this species and their slim chances of survival if little You-bee does make it it’s likely she’s destined to live alone. Unfortunately, this is a cruel outcome for such a social species. As with all langurs, we are all holding our breath to see if little Judi will make it. Cross your fingers for her and us! 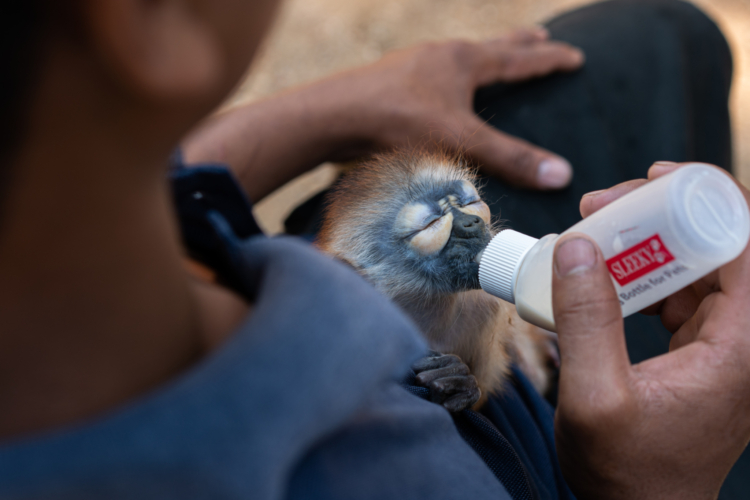 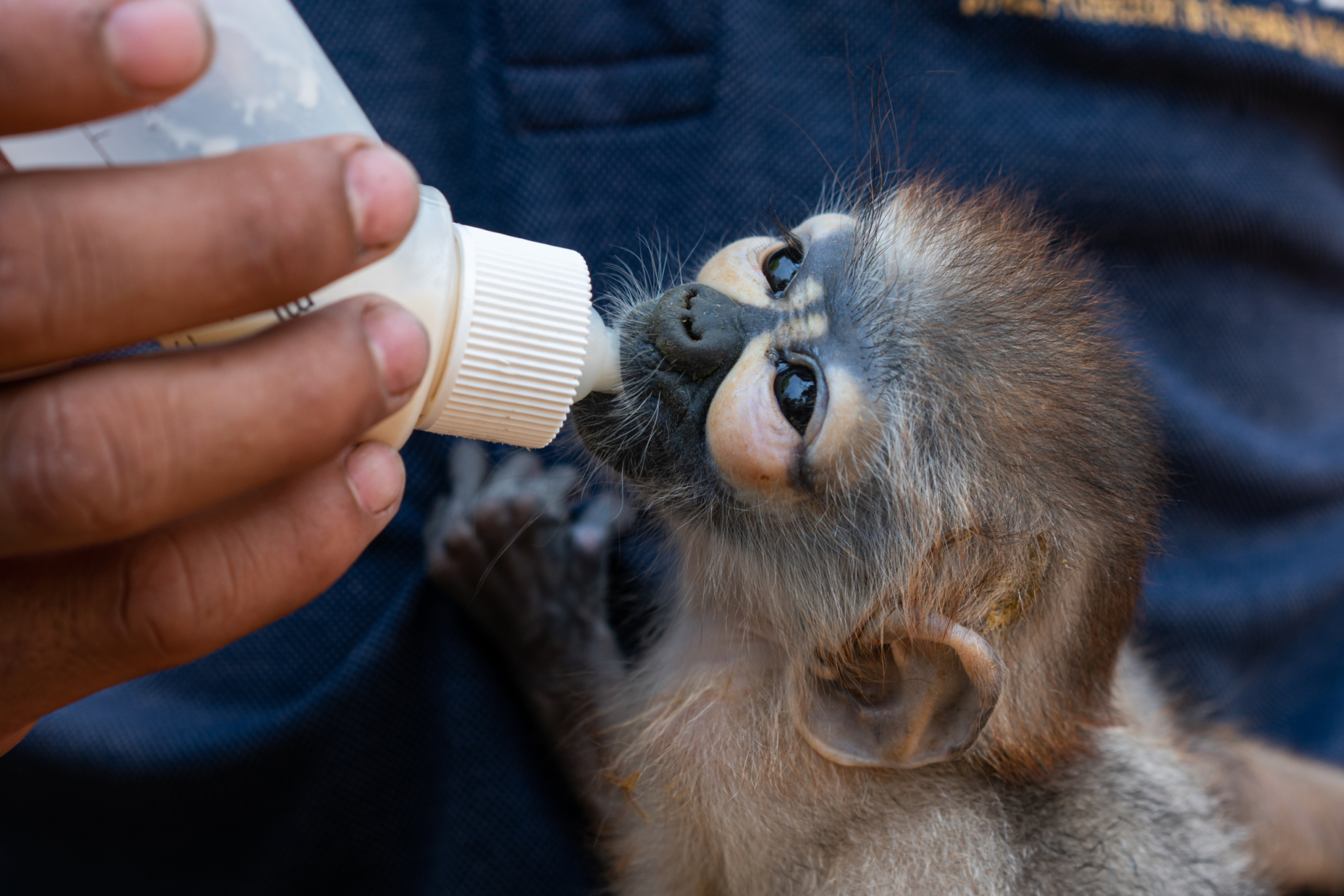 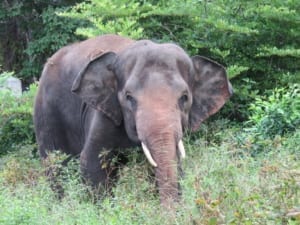