Santa was brought to the nursery earlier this month and is doing well but she has been having a bit of a hard time adjusting due to the poor treatment she received before coming under our care. She is physically fine and clearly likes people but just needs some time to adjust. Since she has settled in a bit, our keepers have introduced her to two of our smallest long-tailed macaques for companionship and to get her accustomed to other macaques. They are all ok together but Santa clearly still prefers the comfort of her teddy bear. With time and care from our nursery staff we are confident that she will fully settle in and regain confidence with those of her own kind. 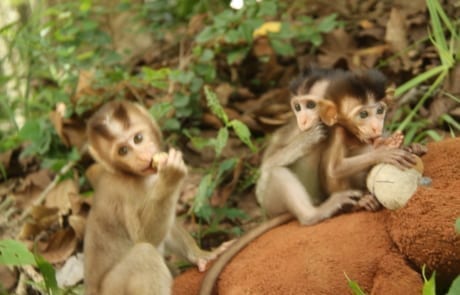 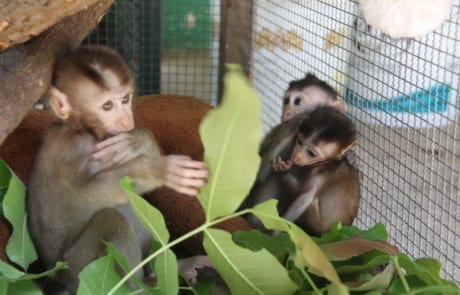