Phnom Tamao Wildlife Rescue Centre (PTWRC) was created in 1995 by the Forestry Administration (FA) to care for rescued wildlife in need of a home. It also serves as Cambodia’s national zoo. In many ways it is an inspired choice of location for such a venture. Set in 2,300 hectares of forest, rescued animals feel at home in such a setting and thrive. There is also the opportunity to release appropriate wildlife back into the surrounding forest. Initially the FA experienced a lack of funding and animals could not be properly cared for. However, due to the excellent relationship that now exists between Wildlife Alliance and the Forestry Administration the Centre has blossomed into perhaps the best of its kind in the region. Our proud boast is no wild animal is ever turned away, all of which would be dead without our intervention. 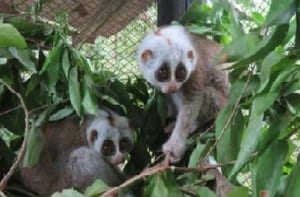 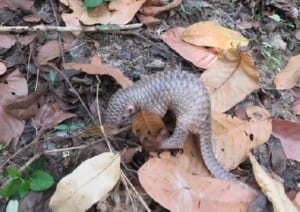 There were several sad and troublesome losses, particularly of baby animals, during the past three months. A baby pangolin, rescued in Phnom Penh that seemed to be progressing so well and had started eating solid food, died very suddenly. Two small clawed otters that were brought to us from Mondulkiri, that were also doing well died within a day of each other. The otters started having fits, which we suspect may be a result of contracting the Canine Distemper Virus. In the past these symptoms have manifested in several different species including our tigers. It has been extremely difficult to get proper autopsies conducted, as there are understandable concerns among authorities of measures that could be imposed on the Centre should results indicate there might be a danger to humans. However with the combined cooperation of Free the Bears, WCS and the Pasteur Institute it looks like we will find out what the problem is, which may enable us to protect our animals better in the future.

Another distressing loss was Pursat, our hairy‐nosed otter. He was probably the only one of his species in captivity and was with us for around 10 years, so he was getting on in age, which we feel was the cause of his death and not something we can reprimand ourselves over. We all miss him.

Other losses include a baby silvered langur, a gibbon that tested positive for Hepatitis B, a male sambar and birds that arrived in very poor condition following their rescue. An autopsy on the sambar stag revealed a gut full of plastic! The plastic bag should replace the national flag of Cambodia, for it is everywhere! We have made great efforts to eliminate rubbish from the Rescue Centre and we have made progress, but there is still a long way to go in changing a mindset that rubbish is the responsibility of Mother Nature or God to dispose of, rather than ourselves.

425 animals were released from PTWRC, either directly into the Phnom Tamao Protected Forest or taken by the WRRT and released into safe habitat elsewhere. These included 85 pythons, 21 long tailed and pig‐tailed tailed macaques, 15 Bengal and water monitor lizards and some tortoises and turtles by the WRRT. 5 monitors, 15 common palm civets and 284 birds, mostly doves were released at PTWRC. 2 young leopard cats and 2 slow lories were taken to our release station in the forest in Koh Kong for release when we feel they are ready.

The migration of water birds has taken place and the spot‐billed pelicans and painted storks with their fledged young have made their annual pilgrimage back to our Lakeside Area. I always purchase extra fish each year to try to ensure these birds do not need to visit less safe areas to feed. I feel this is necessary, but it can work out expensive. A maximum of 56 pelicans and 24 painted storks have joined the resident lesser adjutant storks, grey herons and other smaller water birds at Lakeside so far this year.

We have had an influx of young langurs, mostly germaini from western Cambodia. One baby from north east Cambodia, Trachypithecus margarita, also came in – only the second we have seen at PTWRC. She is sharing a small cage with another infant and both are doing well. There seems to be little hunting taking place within the forest at Phnom Tamao since we re‐implemented the community patrol teams at the beginning of the year. At the end of 2016 we stopped the patrols because army members were playing both sides and hunting wildlife themselves. A change in patrol manager and army personnel with oversight by head keeper, Try Sitheng, appears to have solved this problem. 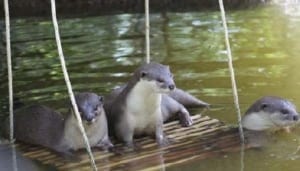 Wildlife Alliance vets Oung Chenda and his brother, Chamroeun, watch over the health of our animals. A total of ten langurs and two gibbons were given health checks and microchipped and our birds were vaccinated against Avian Influenza, which is still rife in the region. Vaccinations twice each year seem to have kept our birds safe from this scourge, which will continue its rampage until we learn to keep our domestic flocks in a more humane and natural manner, for there can be no question that this is the reason for the spread of this terrible disease.

There has been a decline in the number of guests accompanying our Behind the Scenes tours, but this always happens in May and June and hopefully will not cause us too many sleepless nights. Local elections in June may have exacerbated things this year. Our multi‐talented team – now called the Wildlife Conservation and Awareness Team or WILDCATs – has still been busy with other aspects including enrichment for our animals, proposals, marketing and creating educational materials for our newly constructed Primate Education Centre.

I have long wanted to conduct a breeding and release program for green peafowl and Siamese fire back pheasants. These are very beautiful native birds, which are becoming scarce – green peafowl are now Endangered. I built four breeding enclosures for this species, but so far the only eggs laid were stolen by young macaques that managed to squeeze through the cage wire. The WRRT rescued four young peafowl in May, which we were keeping in our wildlife rehab area. I met with Mr Nhek Ratanapich, the Director of PTWRC and asked if I could take them down to our release station in Koh Kong and he was happy with the idea – relations with our FA government counterparts are good and we help each other whenever we can. Before we could conduct the transfer a python entered the birds’ enclosure and ate all four of them! One of the problems of a rescue center in a forest! Trying times and it is back to square one for our project to release green peafowl, but we will stick at it. Things will get better. They always do… 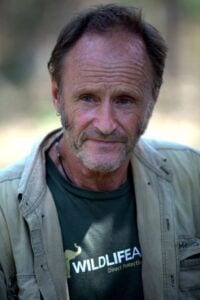