Pangolin rescued from restaurant prepared for return to the wild!

One evening in April, Wildlife Alliance received a call from animal advocate and rescuer Yulia Khouri of Animal Mama. A Critically Endangered Sunda pangolin had just been brought to her veterinary offices after being rescued from a Chinese restaurant in Phnom Penh, Cambodia. The wild animal arrived in critical condition and was immediately given oxygen and fluids at the vet clinic. Pangolins are notoriously difficult to care for due to their strict diet of ants and termites – food not kept on hand at the clinic! Wildlife Alliance’s head keeper at Phnom Tamao Wildlife Rescue Center drove into the city that night with a heap of ants from the rescue center. By night’s end, the traumatized pangolin was climbing up doorframes and exploring – a good sign of her determined resiliency.

The next day, our Wildlife Rapid Rescue Team transported the pangolin from the Animal Mama facilities to our Wildlife Release Station in the heart of the Cardamom Rainforest. There, the pangolin has been recovering the last few months in a large pre-release enclosure in her natural habitat. She is now fully ready to return to the wild. Because pangolins are the most trafficked mammals on the planet and are highly targeted by poachers, we want to ensure the safest release possible. Our vet visited the release station and a tracking device to one of her scales. Once she has completely adjusted to the radio transmitter and the rains slow a bit, allowing for better tracking, her enclosure door will be opened and she can roam into the forest as she pleases. Her wild home will be in an area protected by our Forest Protection Program and by a Community Ani-Poaching Unit. The radio transmitting device will allow WRS staff to monitor her movements and ensure her safe transition into the wild.

There are so few Sunda pangolins remaining in the world that every one we can return to the wild is a victory for their conservation. 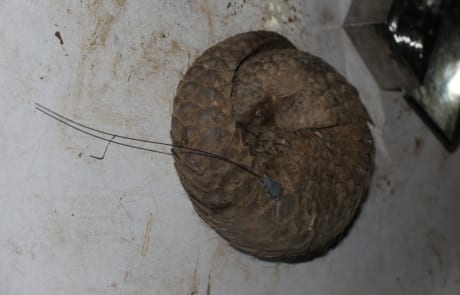 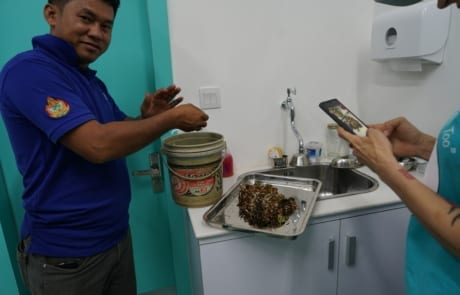 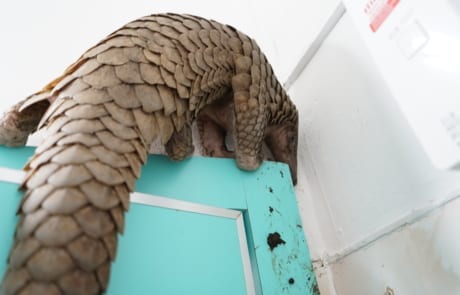