A smuggled shipment of 281 kg of suspected lion bones was opened today that were seized in Cambodia last year after being shipped from South Africa. Two Vietnamese nationals who claimed ownership of the shipment are in jail and being investigated by the Cambodian customs.  Cambodia is a well known transit country in the illegal wildlife trade for products heading to Vietnam and China. It is suspected that the lion bones were intended to be transported to Vietnam where they are popular in traditional medicines.

In 2016, more than 1.2 tons of elephant tusks, representing over 300 slaughtered elephants, was intercepted by Cambodian Customs on December 16th. It is well known that Cambodia is a transit country for ivory, however, this is only the second case of a shipment of big cat parts being seized in Cambodia. Tests to confirm the exact species of the bones are planning to be carried out. Wildlife Alliance is pleased to once again be working with our colleagues in Customs in another major Africa-Asia wildlife trafficking case. 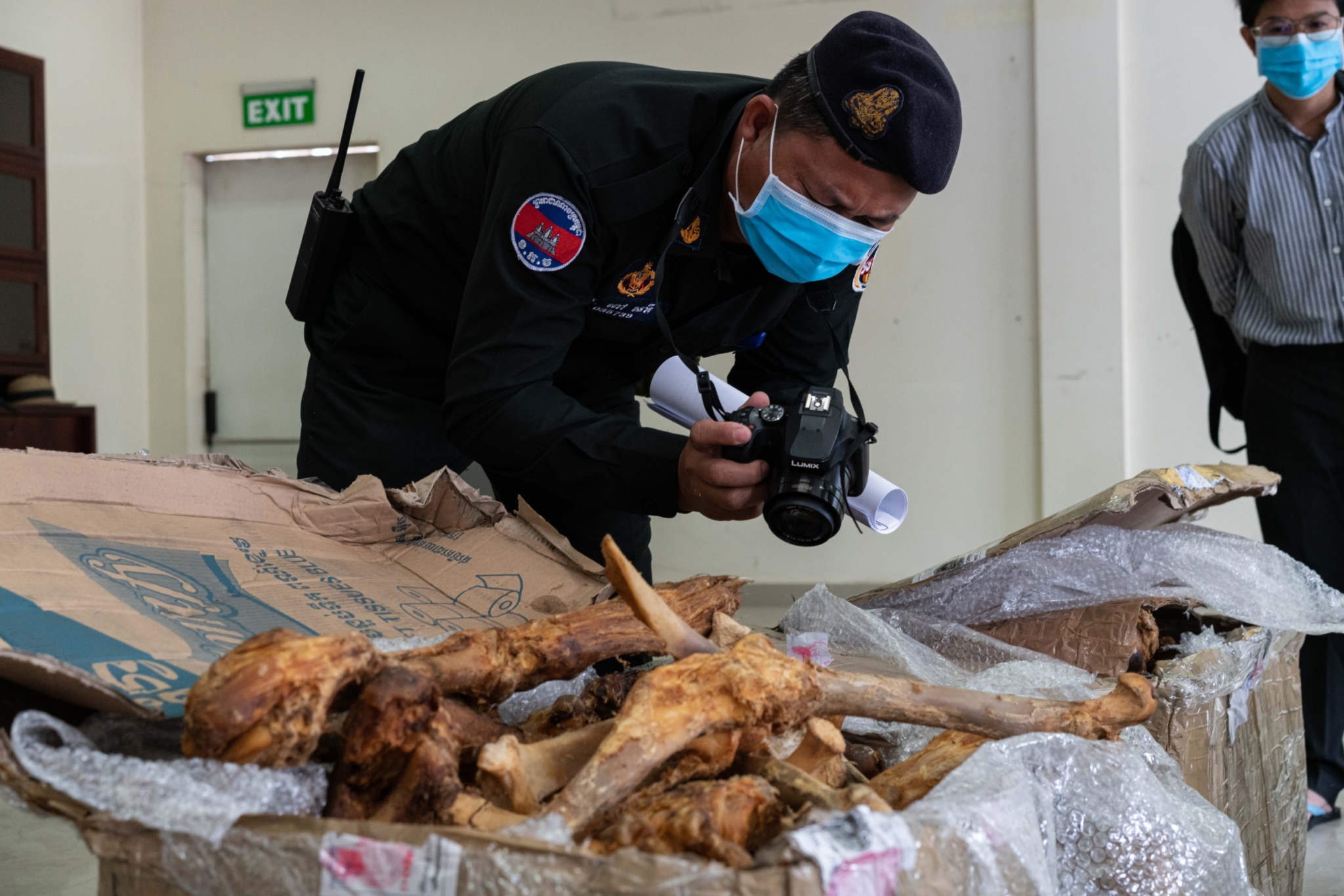 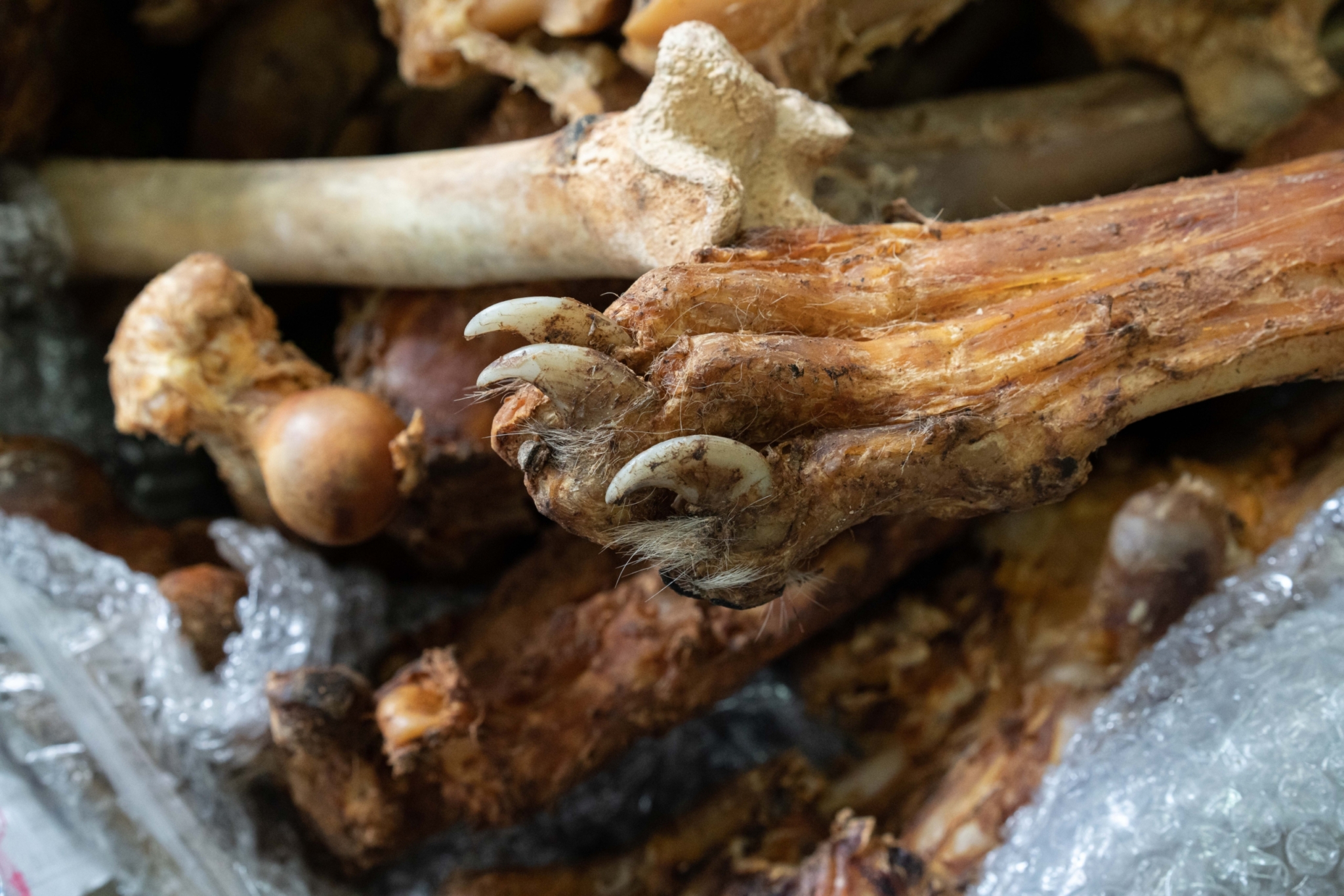 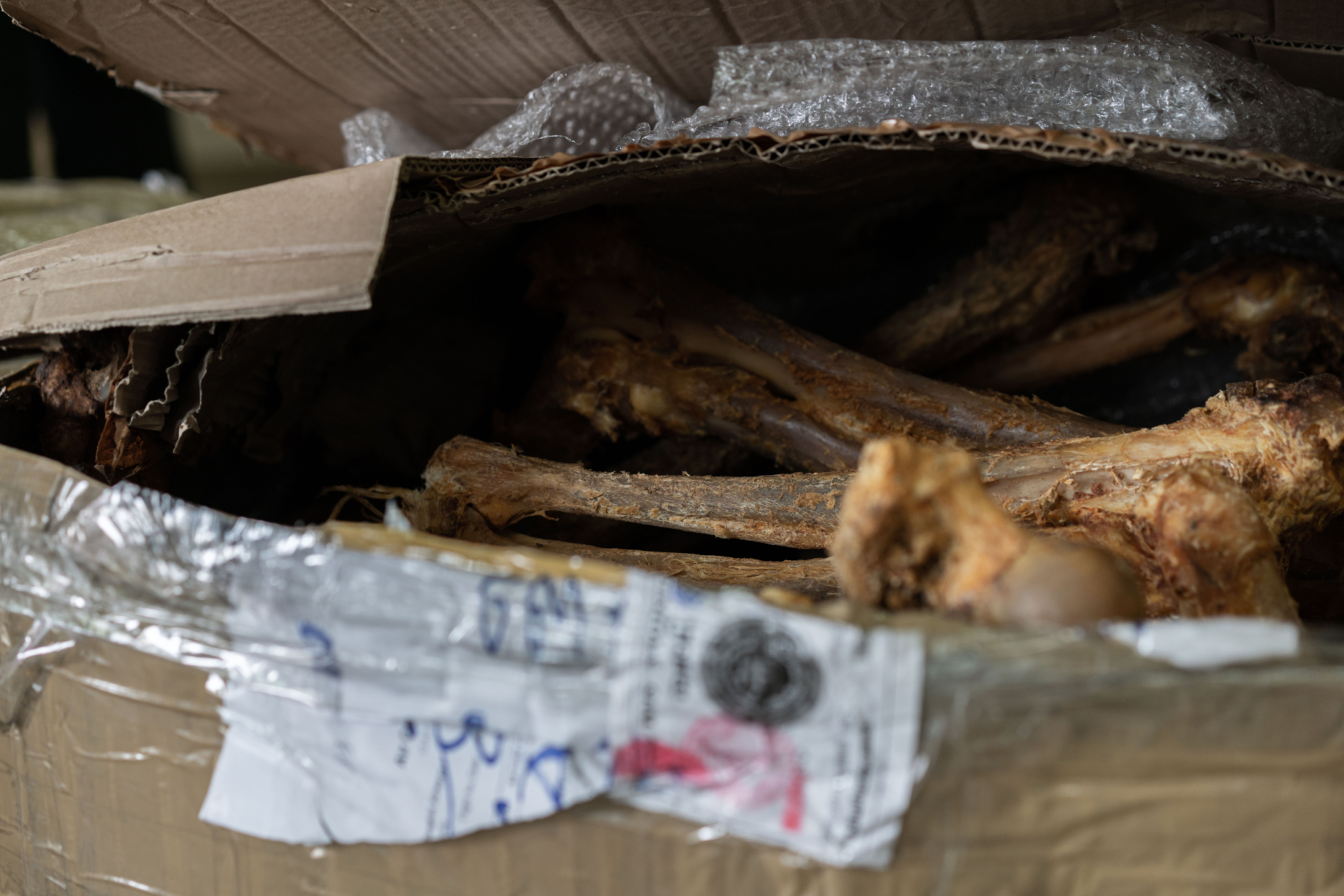 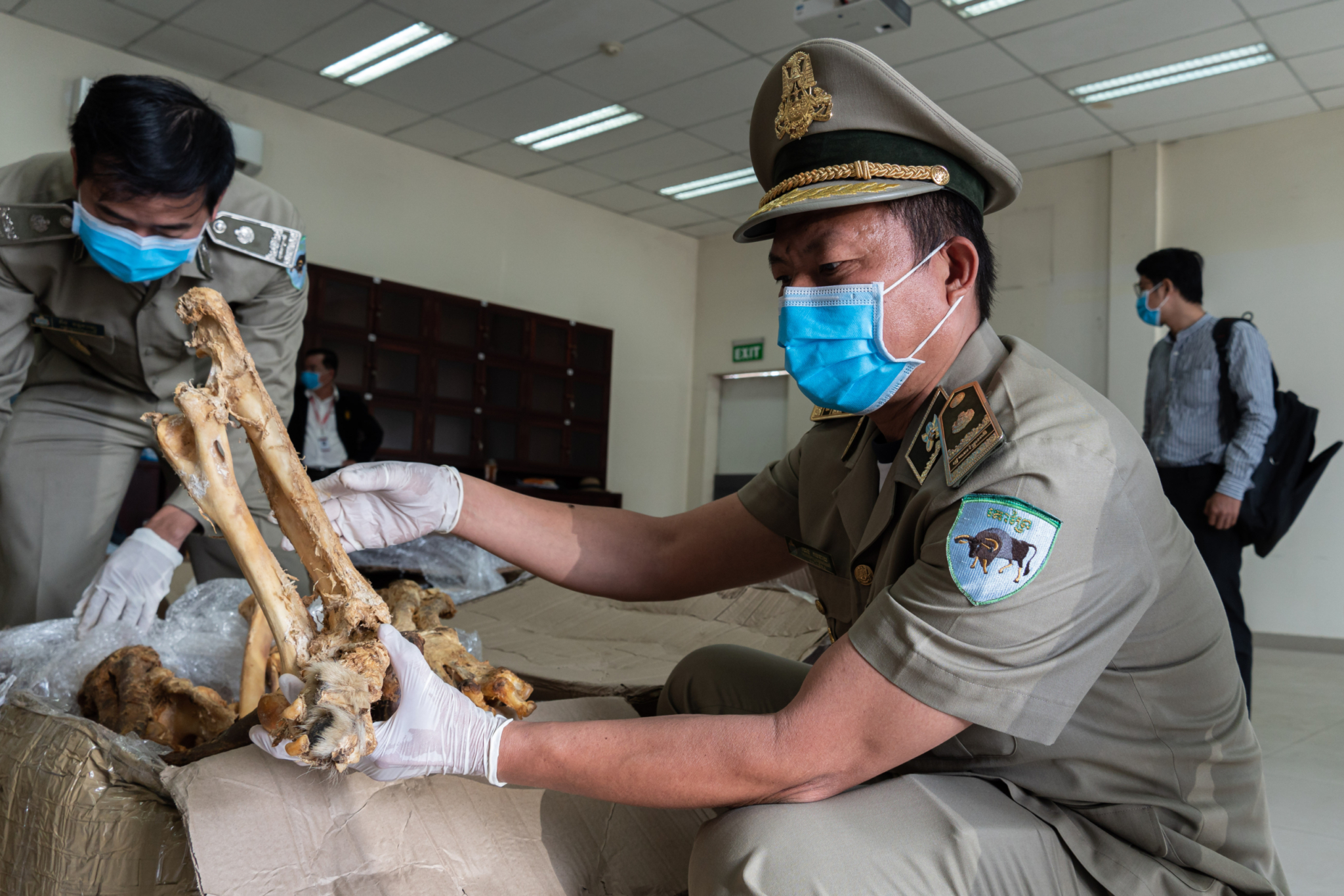 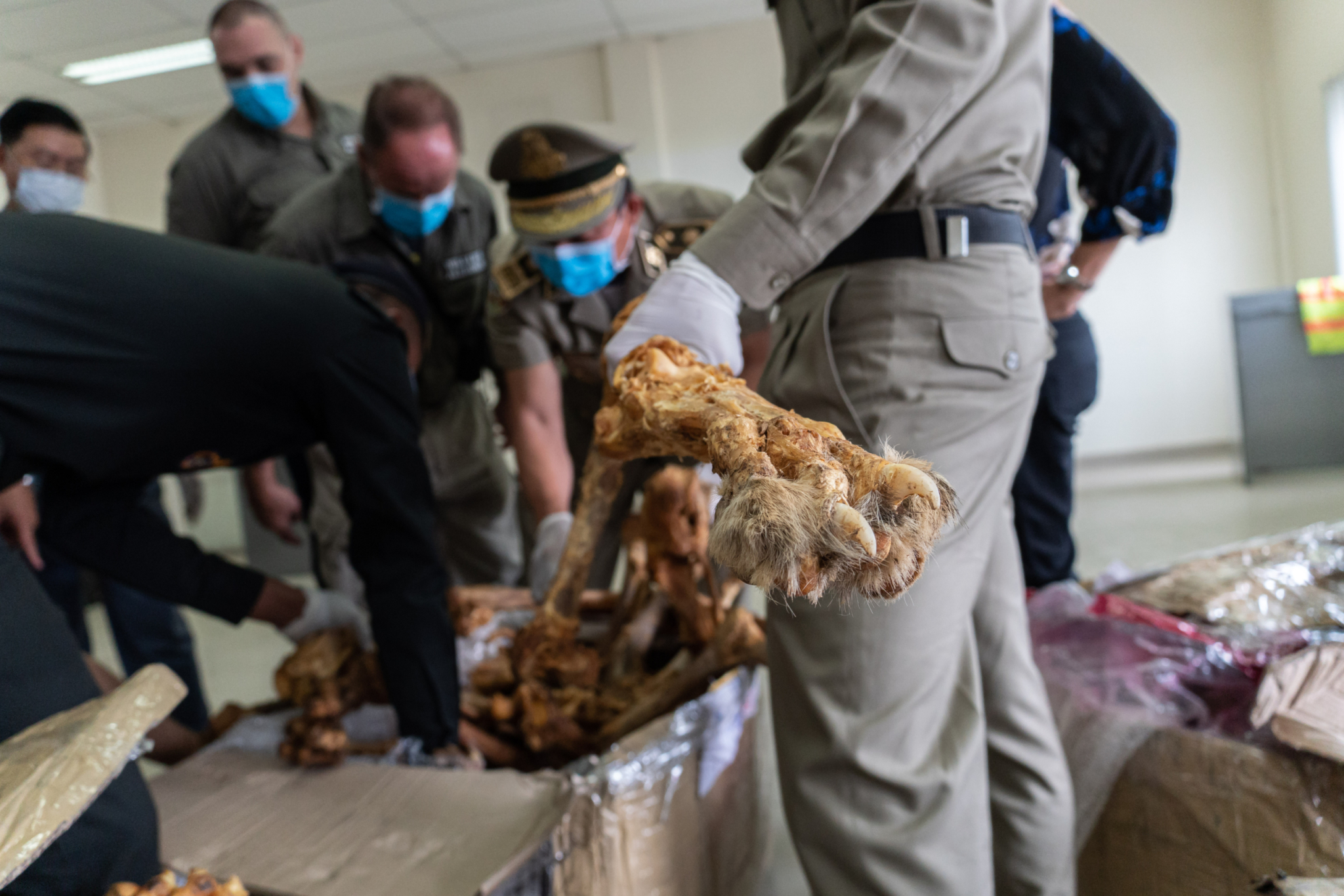 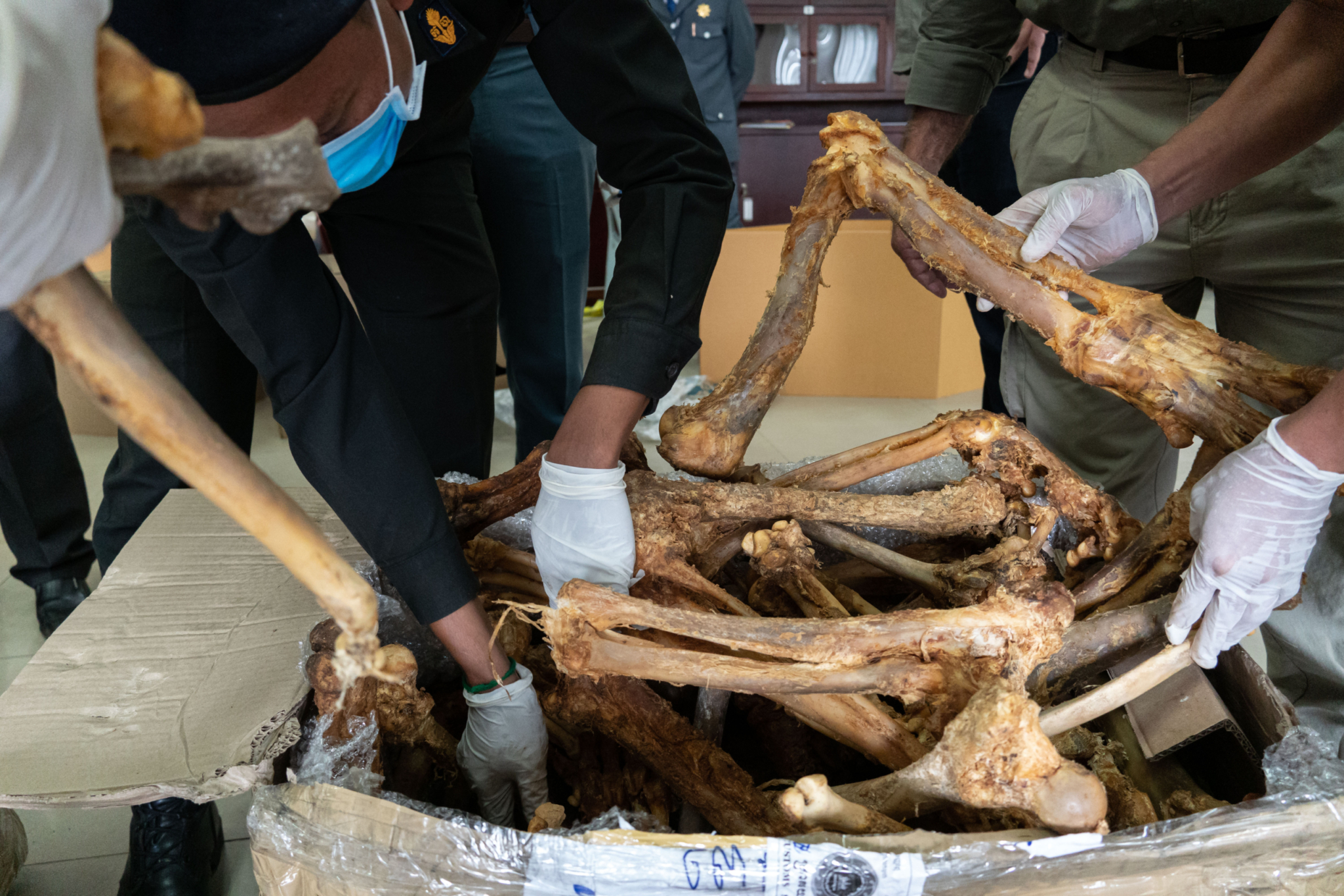