Chhouk the elephant gets a new prosthetic

Twelve years ago, staff from WWF managed to capture a badly injured orphan Asian elephant from the Srepok Wilderness Area in Mondulkiri. The elephant looked as if the odds were against him to survive. Wildlife Alliance were called to the scene to transport him to the Phnom Tamao Wildlife Rescue Center, where he could get the appropriate medical treatment. However, he had lost part of one of his legs to a snare leaving him too weak to be moved. To regain the elephant’s strength, Wildlife Alliance’s Nick Marx slept in a hammock beside him, hand feeding him everything he ate. After a week, the decision was made to sedate and transport him back to Phnom Tamao in a cage the team had made from branched and banana trees. The team decided to name the elephant Chhouk, meaning lotus in Khmer.

Once back at the Center, the team’s focus turned to healing Chhouk’s leg. Each week, Chhouk was sedated and the small fragments of bone and damaged tissue were removed and the leg re-bandaged. Mr Tham, one of Phnom Tamao’s general keepers was asked if he would like to join the Wildlife Alliance team and care for Chhouk. Sleeping beside Chhouk each night, Mr Tham kept him company, as all young elephants need.

Every week, Chhouk’s leg was making remarkable progress. Taking walks in the forest with Lucky, another of Phnom Tamao’s rescued Asian elephants who had taken on the role of his big sister, was tiring him out. The team knew that something had to be done and turned their focus towards the possibility of using prosthetics.The Cambodian School of Prosthetics and Orthotics (CSPO) kindly agreed to take on the challenge of crafting Chhouk a prosthetic.Only a few weeks after taking the cast, the prosthetic was ready and Chhouk took to it like he had worn it all his life, happily walking in the forest! Chhouk has since become a bit of a star at Phnom Tamao, becoming Wildlife Alliance’s animal ambassador as Cambodia’s only elephant with a prosthetic leg. 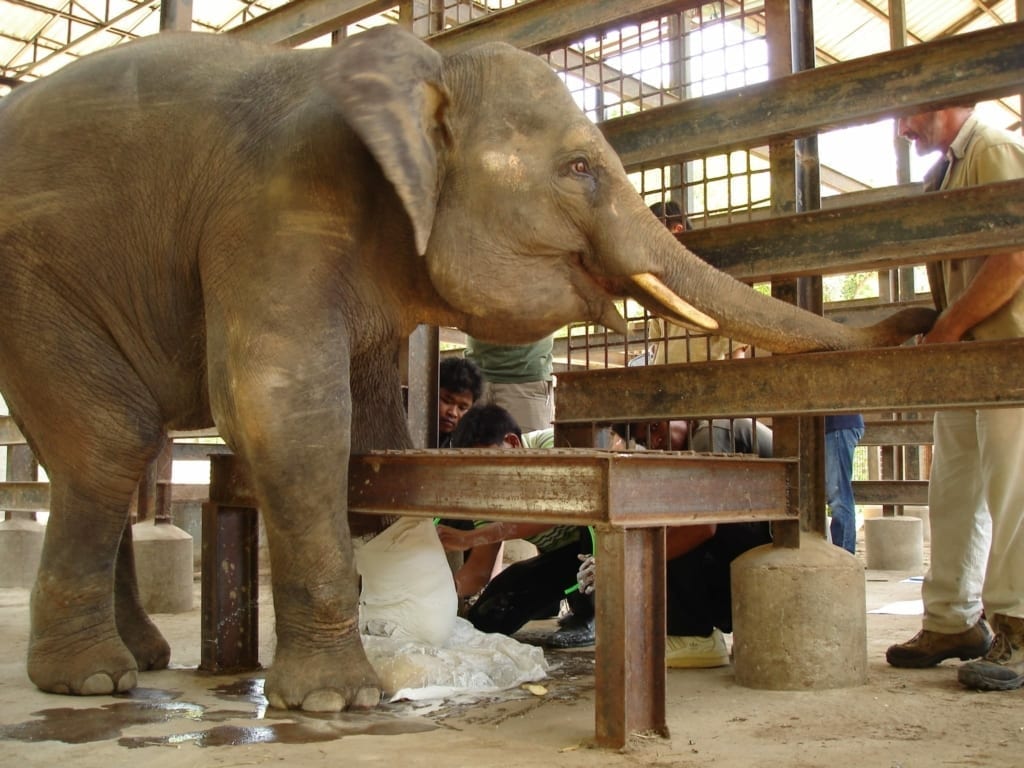 Overtime, as Chhouk grows and the shoe gets worn out, the CSPO is required to make visits to remake it. In fact, the team at CSPO recently visited Chhouk in December to fit his newest shoe. See below photos of the incredible team at CSPO who did the casting, assembly and fitting. Wildlife Alliance would like to thank the team at CSPO for their hard work, dedication and expertise that ensures Chhouk can live the best life possible, despite his disabilities. 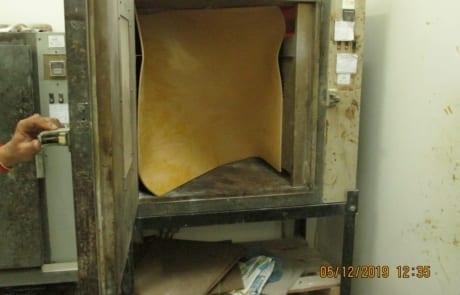 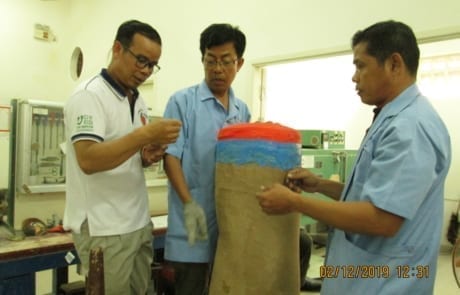 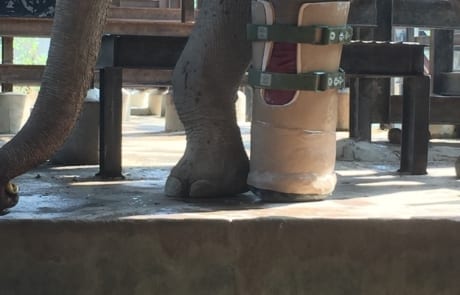 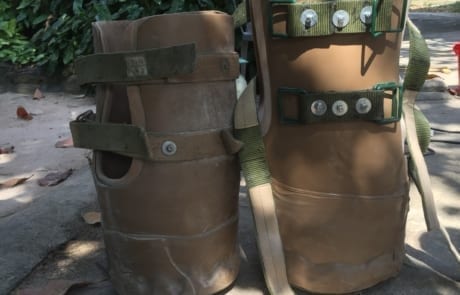 If you want to support the work of  Wildlife Alliance follow the link below to Sponsor Chhouk or any of our other animals cared for at Phnom Tamao Wildlife Rescue Center: