Animal police Wildlife Rapid Rescue Team (WRRT) conducted a suspenseful sting operation in a black market this Monday, November 13. Taken by surprise, the trafficker was successfully arrested for imprisonment and his gruesome illegal stock of wildlife was seized. The man was selling blood from critically endangered slow loris primates, mixed with deer blood and selling to customers in plastic bottles. He had collected up to 41 bear body parts and was piling up dead cadavers of 14 different species. Among the live animals were 2 critically endangered pangolins, unfortunately, one was already dead. It is estimated that one pangolin is poached every hour across Southeast Asia and is probably the most trafficked animal in the world. Other endangered wild species included dhole with 23 body parts, elongated tortoises with 8 live individuals, and one extremely rare impressed tortoise that was previously thought to be extinct in Cambodia. 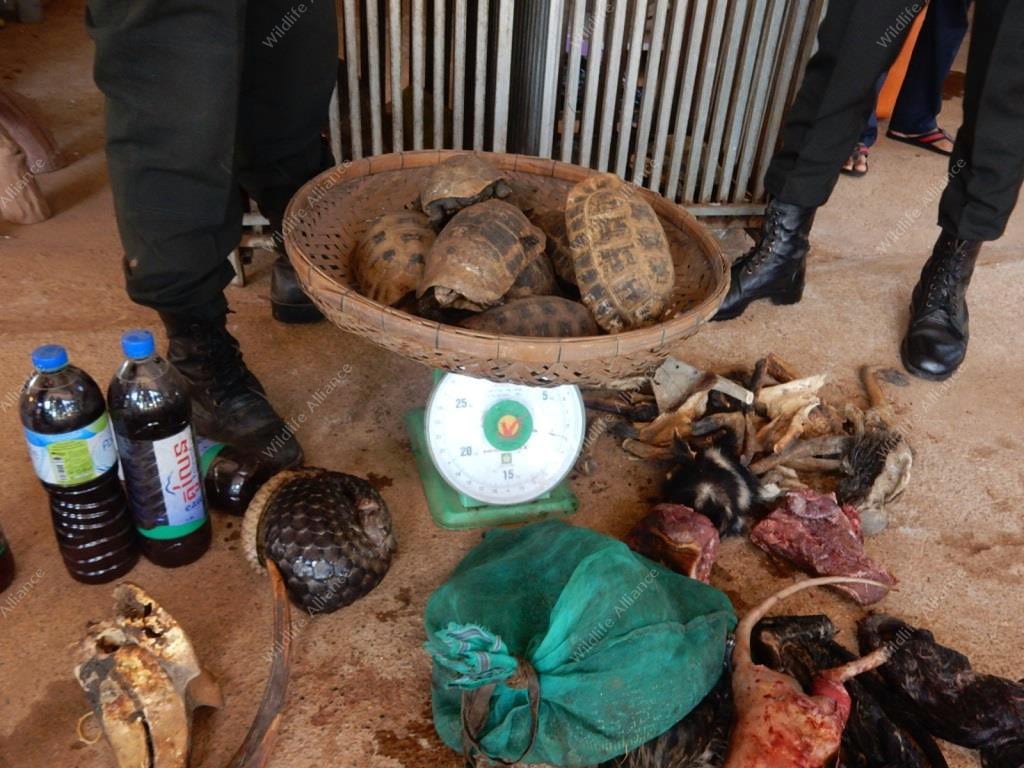 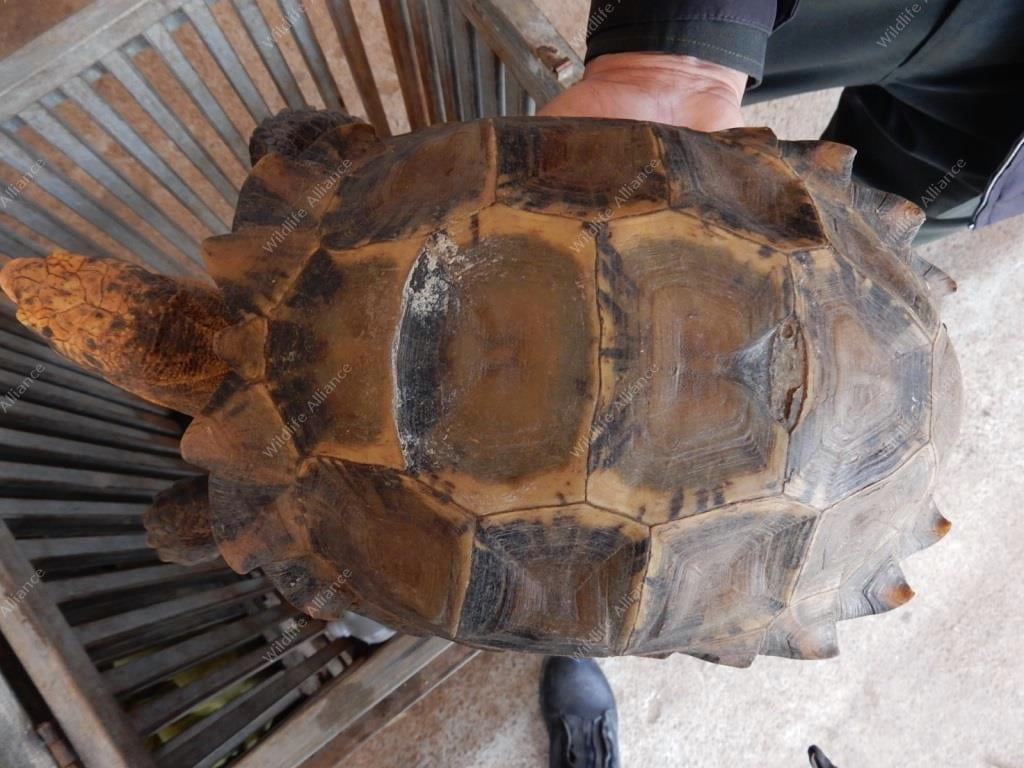 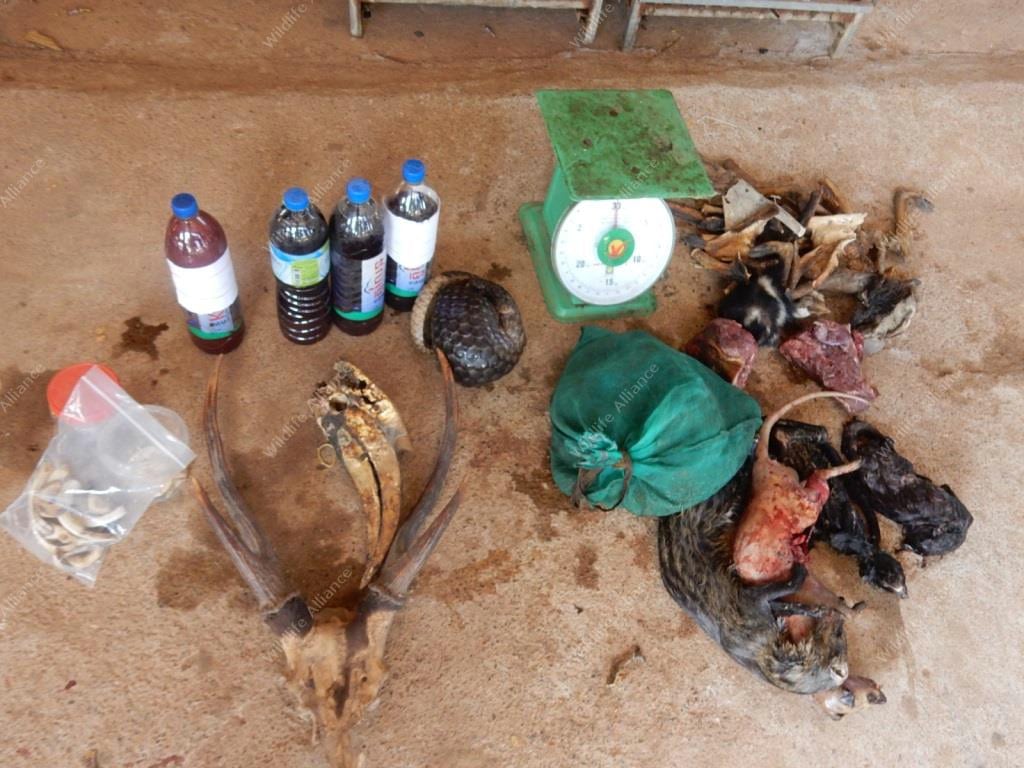 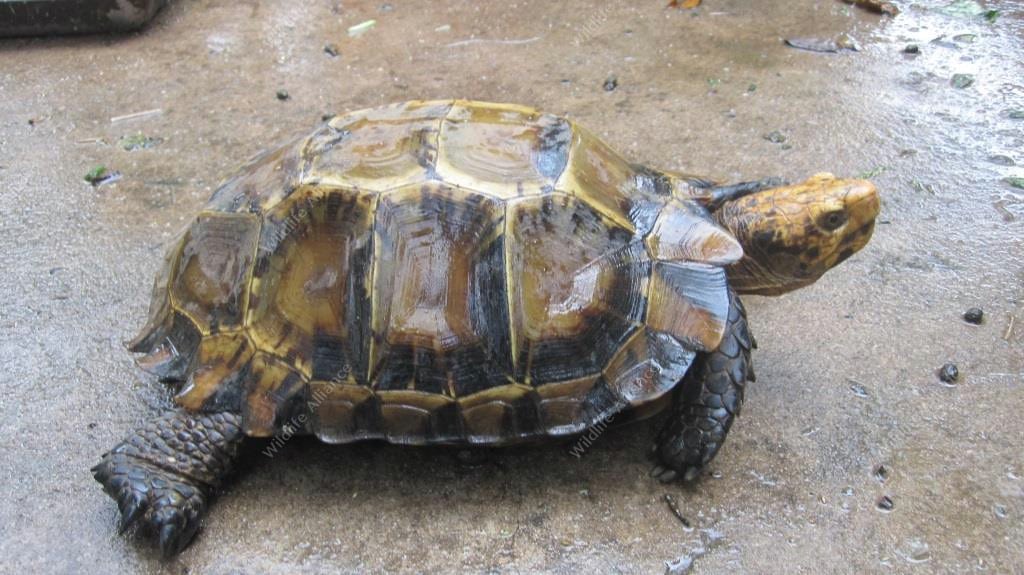 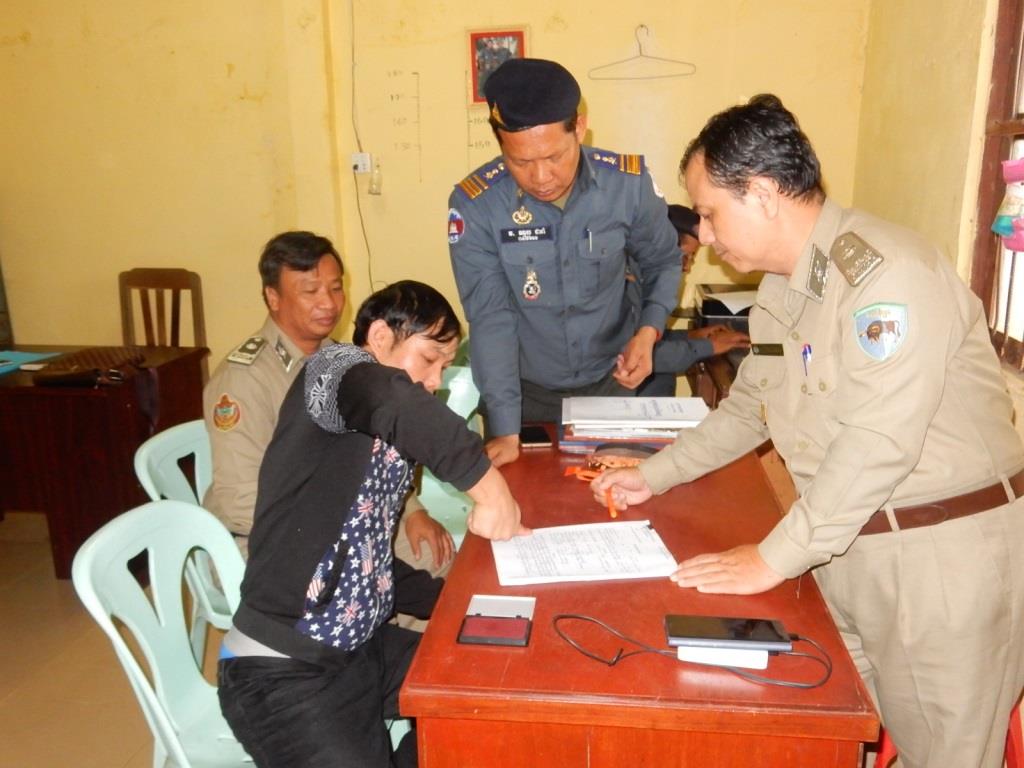 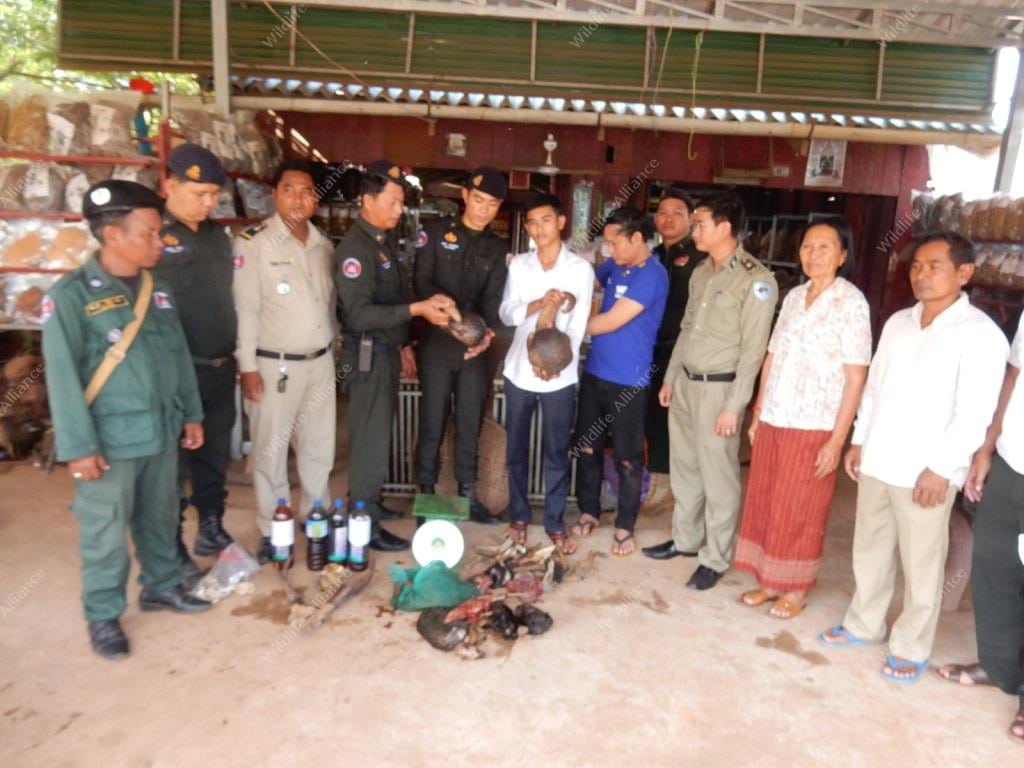