Wildlife Alliance’s Wildlife Rapid Rescue Team (WRRT) recently confiscated almost 400 birds being sold along National Road 5 in Kampong Chhnang Province. A shocking 365 dead weaver birds were found in the raids, along with 4 dead spotted doves (Spilopelia chinensis) and 5 dead red collared doves (Streptopelia tranquebarica). A further 22 red collared doves were found alive and were released by WRRT back into the wild. Wildlife is commonly sold along the national road that connects the capital Phnom Penh with Thailand. Catching those trading illegal wildlife can often be difficult to catch, with vendors hiding wildlife in nearby forests or fleeing when wildlife police carry out raids.

An analysis of 17 years of data from WRRT’s work tackling Cambodia’s illegal wildlife trade found that birds were the most confiscated class of animal, with a total of 71,440 birds confiscated by the unit between 2001 and 2018. Birds are trafficked in Cambodia’s illegal wildlife trade for either food, as pets, or to be released for making spiritual merit (or ‘merit release’). Trade for merit release has led to the establishment of a considerable trade in the region. For example, it’s estimated around 690,000 are sold for merit release purposes in Phnom Penh alone a year. A recent Facebook post with photographs of dead leopard cats, snakes, and multiple bird species along National Road 5 shows the scale of the illegal wildlife trade taking place along the road. 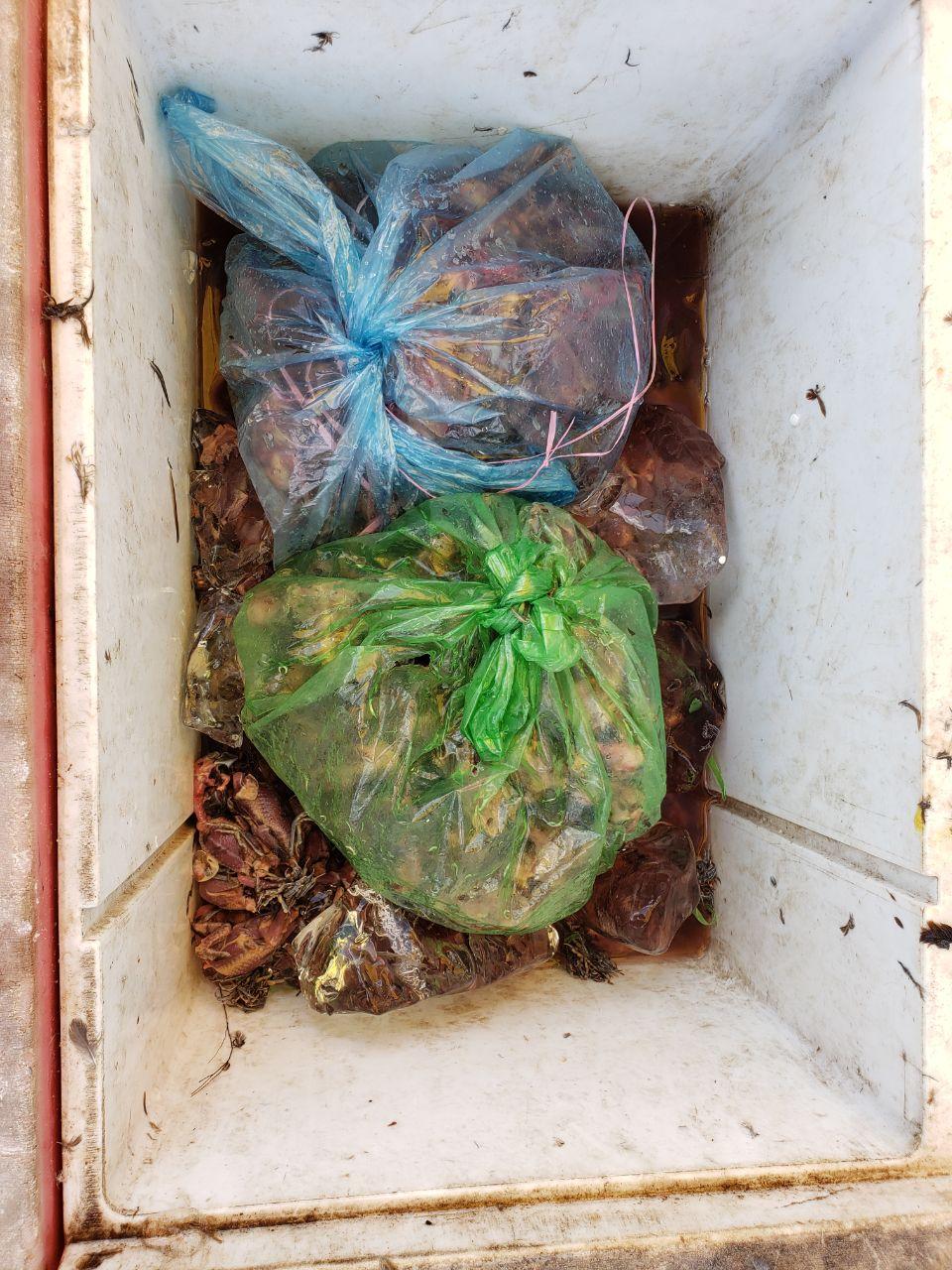 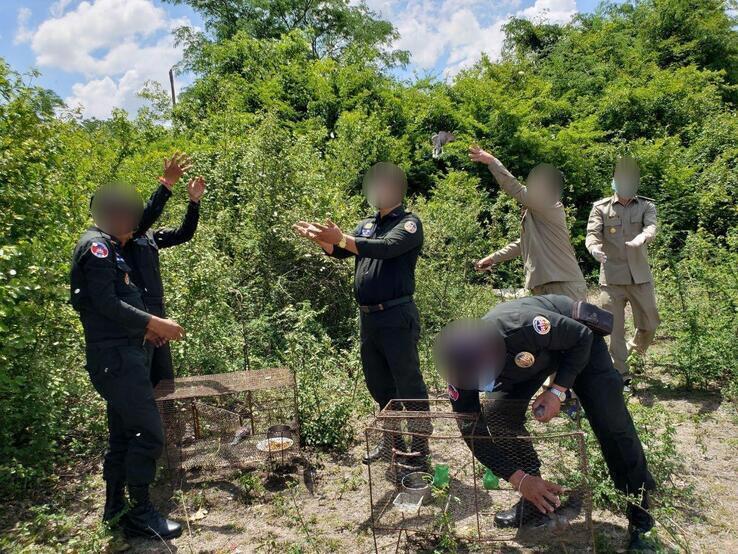 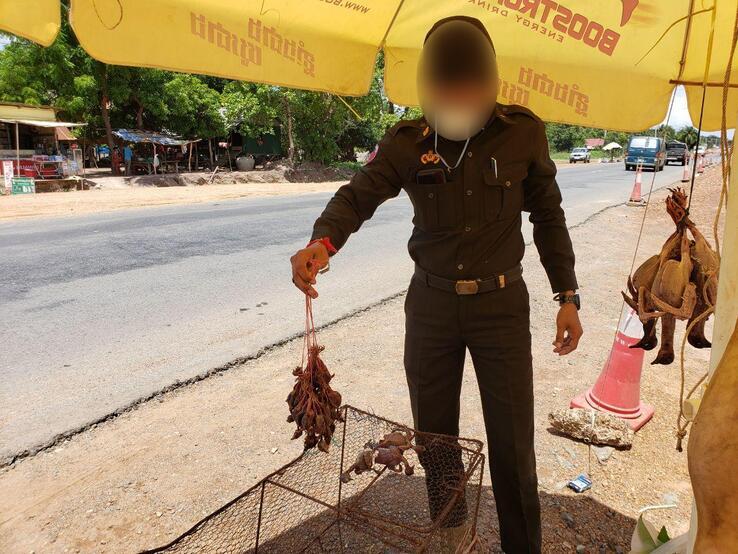