Community Rangers Save Wildlife in their Village

The ultimate goal for every animal in our care is reintroduction back into the wild. Hundreds of animals have been rehabilitated at our Wildlife Rehabilitation Station inside the protected forest of the Southern Cardamoms. Here, the animals are kept in large forested enclosures and provided with expert care until they are ready for release. The program has seen remarkable success, but as the forested area has harbored more wildlife, it has become increasingly attractive to poachers.

In order to prevent poaching, community rangers are recruited from the nearby village of Chi Phat. Groups of five (one local police officer and four local men) patrol the forest for appr

oximately five days at a time, removing snares and deterring wildlife traffickers and loggers. Managed by the Community-Based Ecotourism Project in Chi Phat, the Community Ranger program serves as an extra layer of protection for current and future wildlife in the area, while generating additional employment opportunities for local villagers. The program has also helped villagers find value in their natural heritage, not only as it directly supports their families, but as it bolsters the ecotourism program as a whole, bringing more tourists and more income to the community.

In recent months, the community rangers have been working hard to stop civet hunting in Chi Phat and around the Wildlife Rehabilitation Station. Selling civets abroad has become a lucrative trade for locals because they can sell civets for $100 each. The high price on civets is because they are used to make the world’s most expensive coffee, Kopi Luwak. The civets are kept in cramped cages and are fed exclusively coffee cherries. The digested coffee excrement is then used to make the expensive brew. While villagers from Chi Phat do hunt the forests for civets, most of the hunters come from neighboring villages and bring trained dogs to catch the civets. Over the course of four months, the community rangers patrolled both days and nights and removed 360 civet snares. The Chi Phat community has also decided to warn people against travelling into Chi Phat with dogs and have placed a police officer at the ferry crossing point to check that people travelling in and out of Chi Phat are not transporting civets. 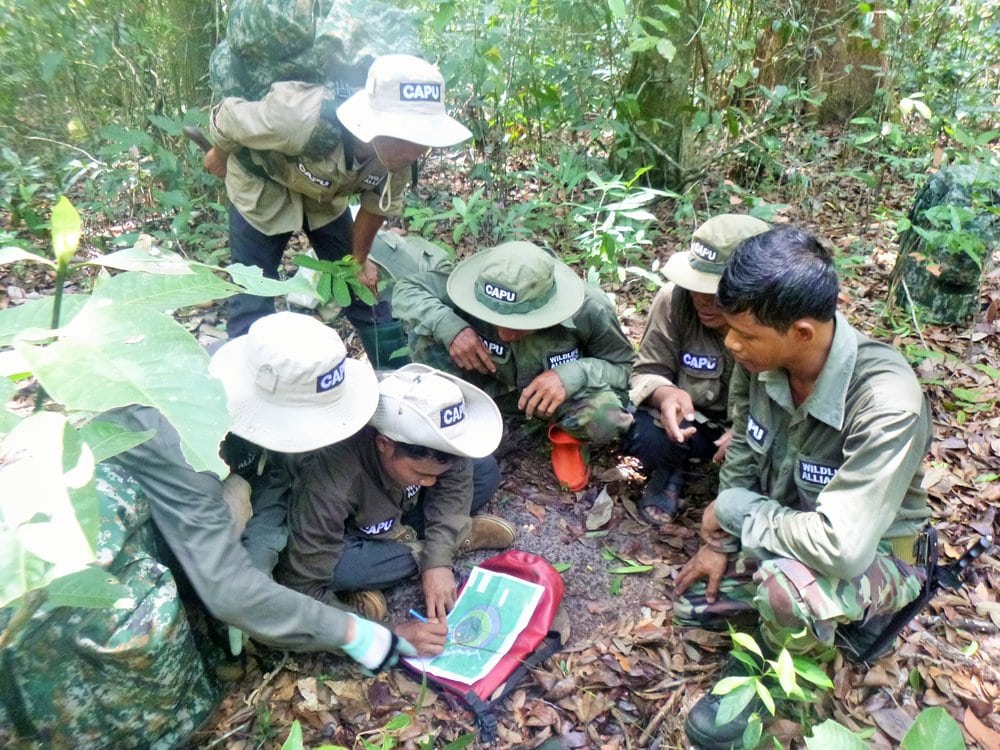 To help our Community Ranger program run at full capacity, visit our donation page and select Community-Based Ecotourism from the dropdown menu. Your gift will allow us to conduct wildlife releases with more confidence and consequently expand the number of animals and variety of species being released at our Wildlife Rehabilitation Station. It will also help ensure that more civets are kept safe from coffee production and that Chi Phat community members are provided with sustainable alternative livelihoods.