This Otter Wins Father of the Year

Happy Father’s Day! Today we celebrate fathers everywhere, including in the animal world! Read on for the story of Pu Som, who wins Father of the Year at Phnom Tamao Wildlife Rescue Centre!

How to Win Father of the Year

First, some background: Pu Som is a Smooth-coated Otter and father of four. He wins our Father of the Year award for passing on essential life skills to his cubs! While this is the norm in the otter world, when disaster struck, Pu Som went the extra mile for his cubs.

The Road to Father of the Year

Pu Som has quite a story, from pet to paterfamilias! It all started with a feud over fish…

A narrow brush with death

Like many otters, Pu Som was sold into the wildlife trade after raiding fishing nets. For otters, nets bulging with fish are a free meal, but for fisherfolk they are a vital livelihood. This can lead to the perception of otters as nuisance or “pest” animals to be eliminated. According to the IUCN Red List, within South and Southeast Asia,  severe human-otter competition for resources can turn deadly: when otters damage nets, fisherfolks kill otters in retaliation.

But Pu Som was lucky. He escaped this fate, but instead was sold into the wildlife trade as a pet. Again, luck was on his side: Pu Som was rescued from owners and brought to Phnom Tamao Wildlife Rescue Centre. 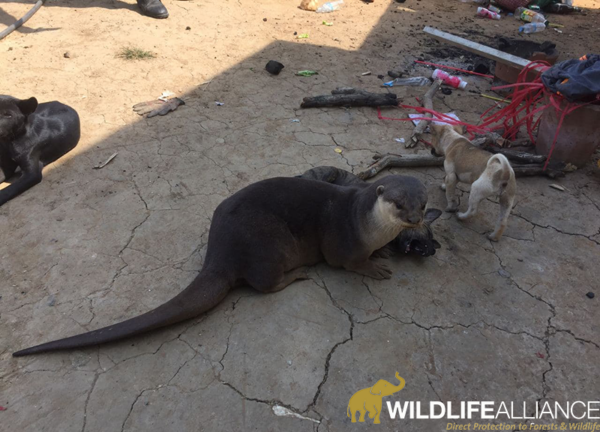 Pu Som is rescued from his life as a pet

A new beginning at Phnom Tamao

When he arrived at Phnom Tamao, Pu Som was  already some years into adulthood. But being with his own kind gave Pu Som a fresh start. Otters, especially Smooth-coated Otters, are social animals: in the wild they hang out in large family groups of up to 15. After years of isolation as a pet, Pu Som could finally socialise with other otters again! And he took to it like, well, an otter to water! He formed a close bond with female Chariya who became his mate. 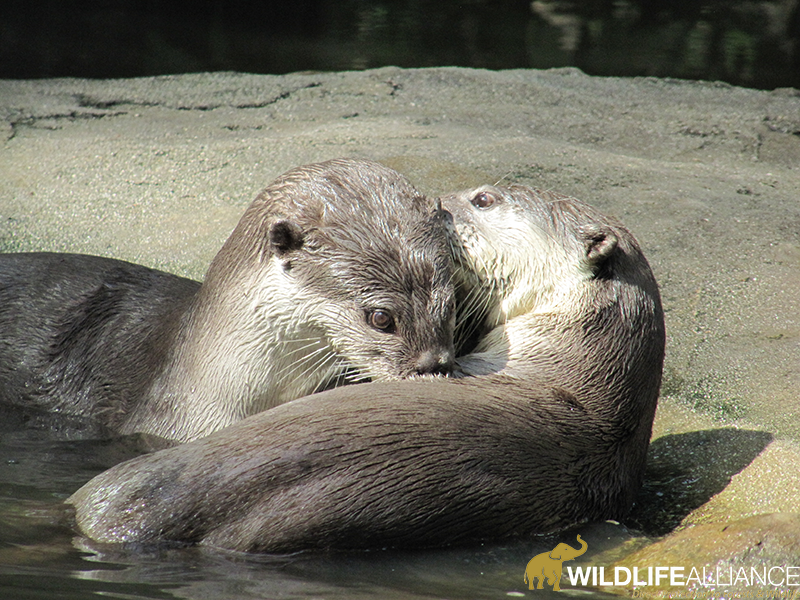 Do otters mate for life?

Well, the jury (or the biologists) is still out on this one. In the wild male otters are polygamous, mating with up to four females. In Pu Som’s case, he stayed with Chariya for a long time. In fact, they were together for several years before they had cubs. Like Pu Som, Chariya was quite old by this time. Sadly motherhood took too great a toll on Chariya, who died soon after giving birth. This left four baby otters, or cubs, without a mother, which means without food.

Like humans, otter cubs need milk from their mothers. Phnom Tamao keepers had to step in to keep the cubs alive.

The keepers hand raised the cubs until they were weaned. But for their next stage of life, the cubs needed a little help from their daddy…

Now that the cubs were eating solid food, they needed to learn how to feed themselves. For otters, that means catching their own fish! This is a lesson that only otters can teach. In the wild, otter cubs learn how to catch fish from their parents and older siblings. 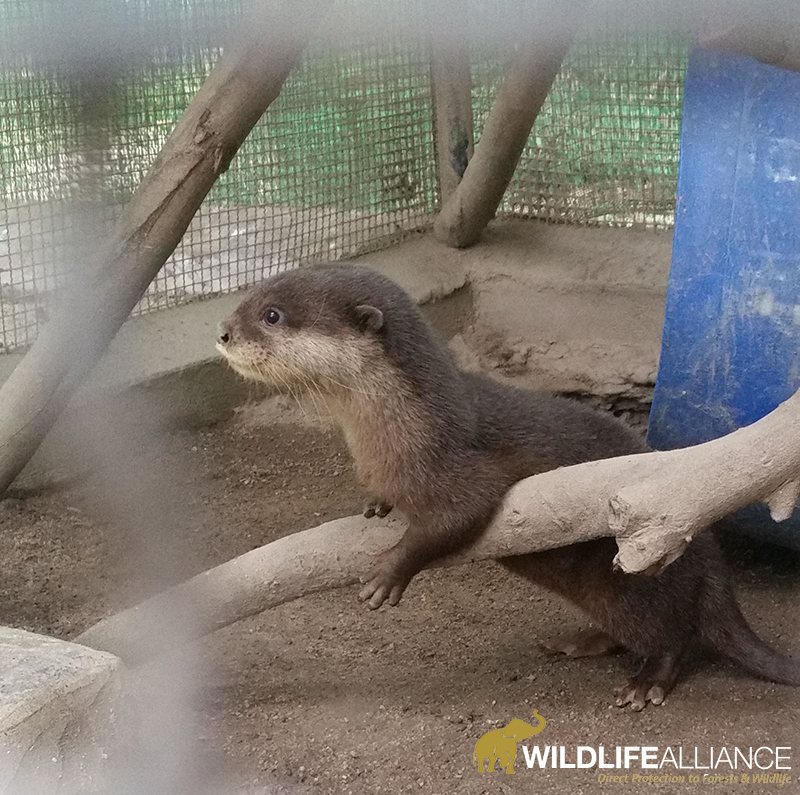 This otter cub needs to learn from daddy Pu Som

There was only one thing for it: to put the cubs back with Pu Som. After their months’ long separation, this was dangerous because adult males may not recognise cubs as their own, and instinctively kill them.

But as luck would have it, Pu Som found his paternal instincts. He accepted the cubs and got to work passing on his years of wisdom to them. In no time, he was teaching them to swim in the pool and catch live fish! 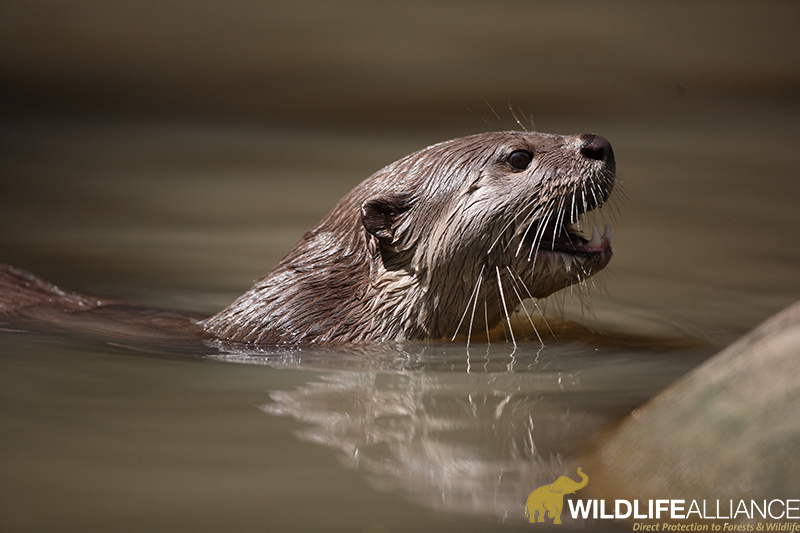 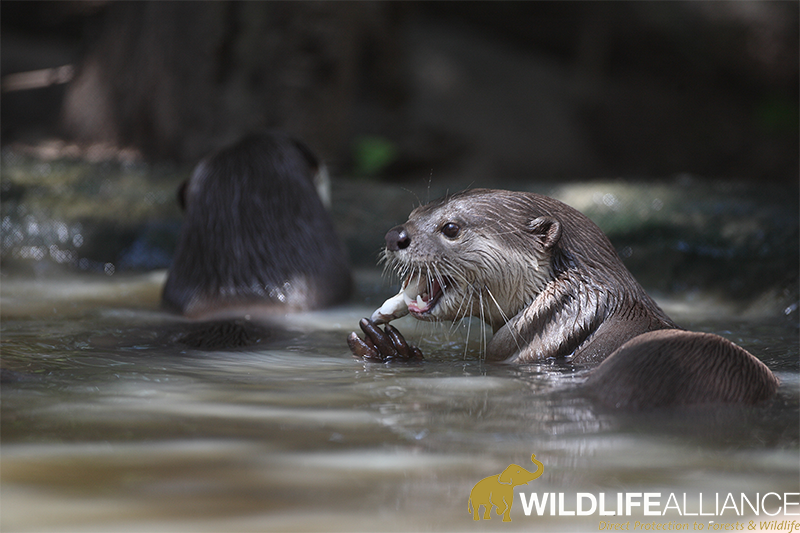 Pu Som returns to the wild!

Pu Som, along with one of his sons were released last year! Stories like this are what we live for!

The next generation of otter dads!

Pu Som may be gone but his spirits lives on at Phnom Tamao, where three of his cubs still live. One of those cubs is Lenny Leng. Today, Lenny is all grown up and is even a father himself! Together with his mate Jimmy, they have raised four cubs of their own. All of the cubs are keen swimmers and fish hunters just like their father and grandfather Pu Som. 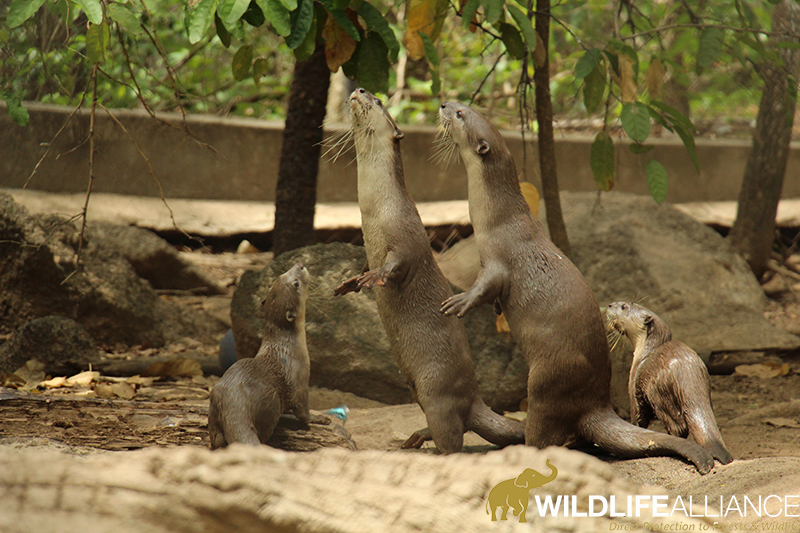 You can help father Lenny and his cubs by sponsoring the Leng family. Help Lenny win our next Father of the Year award!

This is a perfect Father’s Day gift for animal-loving Dads!

Maybe otters aren’t your Dad’s favourite animal? No worries, we have plenty more to choose from! From sun bears to slow loris, there’s bound to be an animal for your Dad in there!  Check out our other animals for sponsorship:

Or maybe your Dad is more about gadgets or home improvement? We have something for him too! 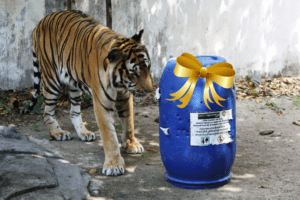 Pangolins are Critically Endangered so every one rescued from the wildlife trade counts! After rescue, we go the extra mile and release pangolins within the Cardamom Rainforest! Our one-of-a-kind post release monitoring project tracks pangolins’ movements in the forest. Help keep them on our radar. Read more here.

Since 2001, our Wildlife Rapid Rescue Team has rescued 80,000 animals from the illegal wildlife trade in Cambodia. Help them carry animals like Pu Som to safety at Phnom Tamao Wildlife Rescue Centre, or to their release site!

Lucky the elephant has decided to paint unique artworks to help us raise funds lost due to the pandemic. Each painting is signed with the Lucky’s very own monogram! You can even order custom paintings, where you choose the colours and canvas size!  (Please allow a minimum of two weeks for shipping.)