Our hearts go out to the 300 elephants that were killed for greed and whose tusks were smuggled from Mozambique to Cambodia. Wildlife Alliance vows to seek justice for these slaughtered elephants. We will do everything we can to get the Vietnamese national arrested and put in jail.

These nobles were massacred after massive smuggling to China. Cambodia was just a transit country. The General Department of Customs and Excise of Cambodia did a stellar job in scanning three containers and suspected something was wrong with this shipment. Customs officers spent several days unloading the logs and turning them on all sides to figure out where the ivory was hidden.

Finally, on Friday afternoon, they zeroed in on three logs that were emptied of their wood and a solid wooden cover were nailed on the top. When the coffins were opened they revealed a thick white wax substance, in which hundreds of tusks, pangolin scales and cheetah bones were ensconced. To read more about the bust please click on our press release. You can also read the story in the The Cambodia Daily. 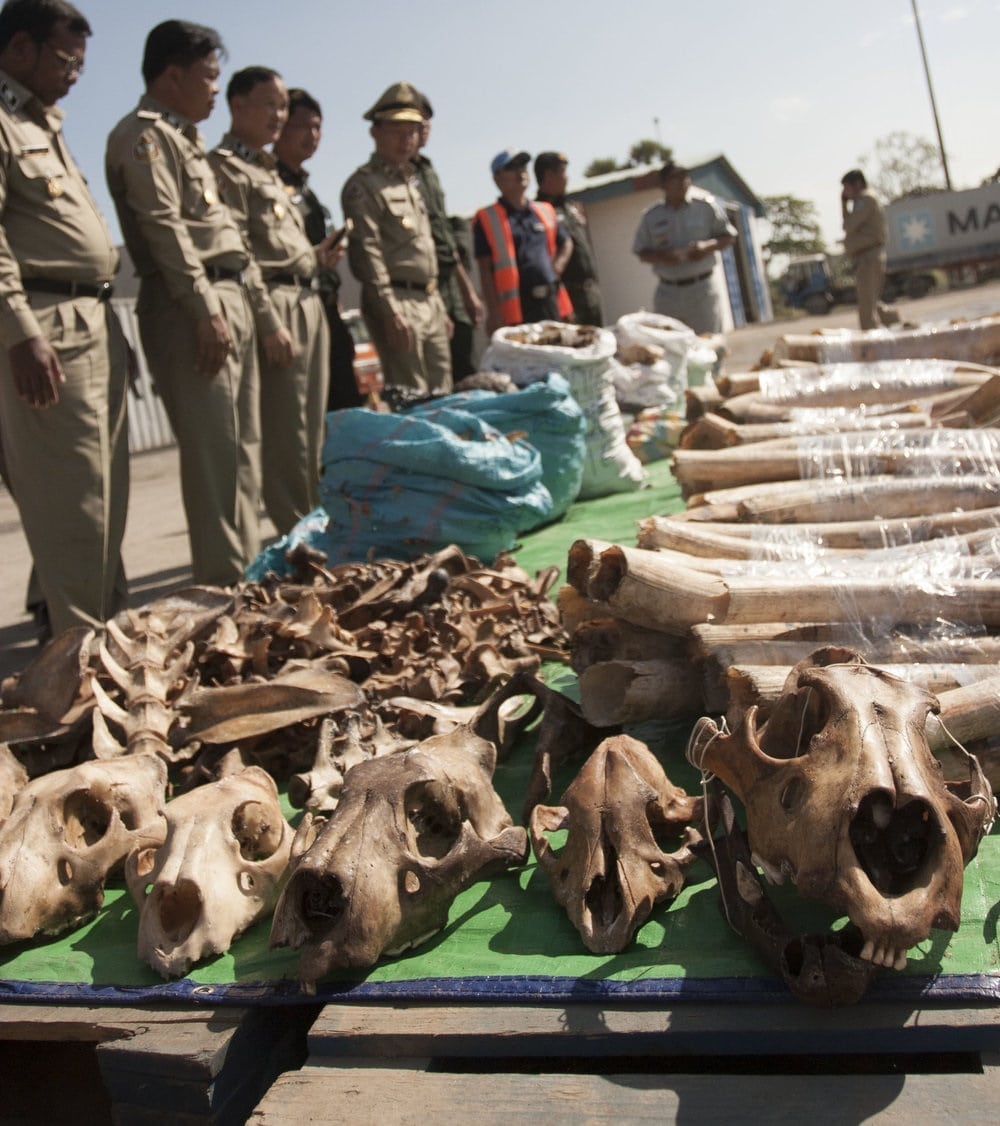 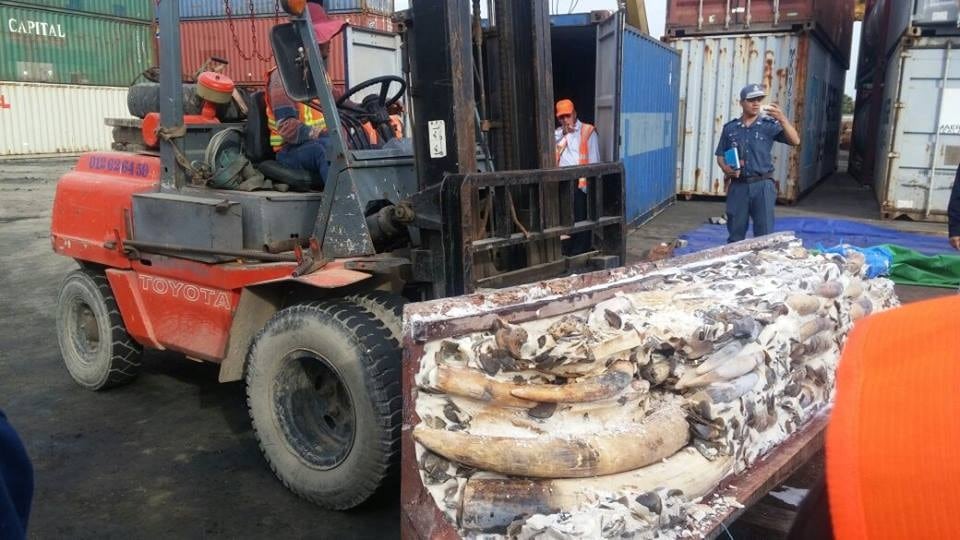