Friday, July 29th, is International Tiger Day, an annual worldwide celebration of tigers!  While we celebrate the world’s largest cat, International Tiger Day is also a day to raise awareness of the urgent plight of tigers.  Tigers once roamed the entire continent of Asia, but with human expansion they have lost over 93% of their original range. They now survive in small, isolated pockets of forest, where they are vulnerable to poaching and inbreeding.  Out of the six existing tiger subspecies, four subspecies have been classified as Endangered by the IUCN (International Union for Conservation of Nature), while the other two subspecies have been listed as Critically Endangered.  Poaching, habitat loss and habitat degradation are causing global tiger populations to plummet.  Today, there are only an estimated 3,000-3,600 tigers remaining worldwide. 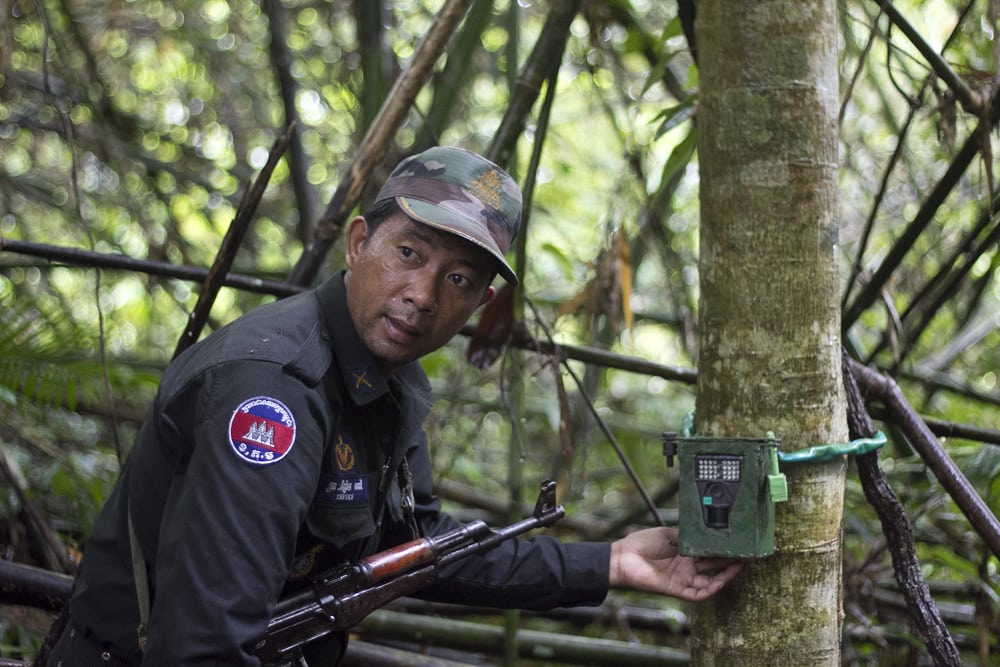 The Indochinese tiger, native to Cambodia, has recently been declared functionally extinct in the country.  Fortunately, Cambodia is committed to conserving tigers in the region and has launched the Cambodia Tiger Action Plan (CTAP) as part of Tx2, a global initiative to double the number of tigers worldwide by 2022.  Wildlife Alliance will be a key player in this initiative and is working closely with the government on possible tiger reintroduction into protected forest.  Our initial step has been to conduct a prey base survey in order to determine suitable habitats where tigers can possibly be reintroduced.  Wildlife Alliance has set up camera traps at a pilot site in the Cardamom forest to determine the prey base in the area.  Early photos have shown that there is a high number of sambar deer and wild pigs in the area. Though unlikely, Wildlife Alliance is also monitoring the photos for any evidence of existing tigers in the area.

Globally, the plight of the tiger remains a pressing issue, and we are on the verge of losing this beautiful and iconic species. Get involved this Global Tiger Day by sponsoring one of our rescued tigers or joining the conversation on social media!