Chhouk, our young disabled male elephant, recently received a new prosthetic foot. At ten years old, Chhouk continues to grow quickly and is going through prosthetics just as fast! Late last year, the Cambodian School of Prosthetics and Orthotics (CSPO) fitted Chhouk and made him a new shoe. The new design is lighter, stronger, and quicker for our staff to change. The new shoe quickly got Chhouk’s approval and he was running around his enclosure within minutes of trying on the new shoe!

Chhouk was found in 2007, at less than a year old, wandering alone in the forest in Northeast Cambodia. He had not only lost his foot to a poacher’s snare, but he was also gravely ill from the infected wound and severely malnourished. To gain his trust, our rescuers cared for him in the forest for two weeks before transporting him to Phnom Tamao Wildlife Rescue Center where specialists were able to heal his wounds. Unfortunately, Chhouk’s lower leg had to be amputated but was replaced by a prosthesis from CSPO, which has changed his life completely. Our elephant keepers have trained Chhouk using only reward based positive reinforcement in order to effectively change his prosthetic leg. He is the first elephant in Cambodia to receive a prosthesis and is celebrated as a successful rescue story. Asian elephants are nearly full size at 15 years old, but continue to grow in size and weight until they are around 20-25 years old! At this rate, Chhouk will continue to outgrow his prosthetic legs, but thanks to the diligence of his keepers and CSPO, Chhouk won’t let his disability slow him down! 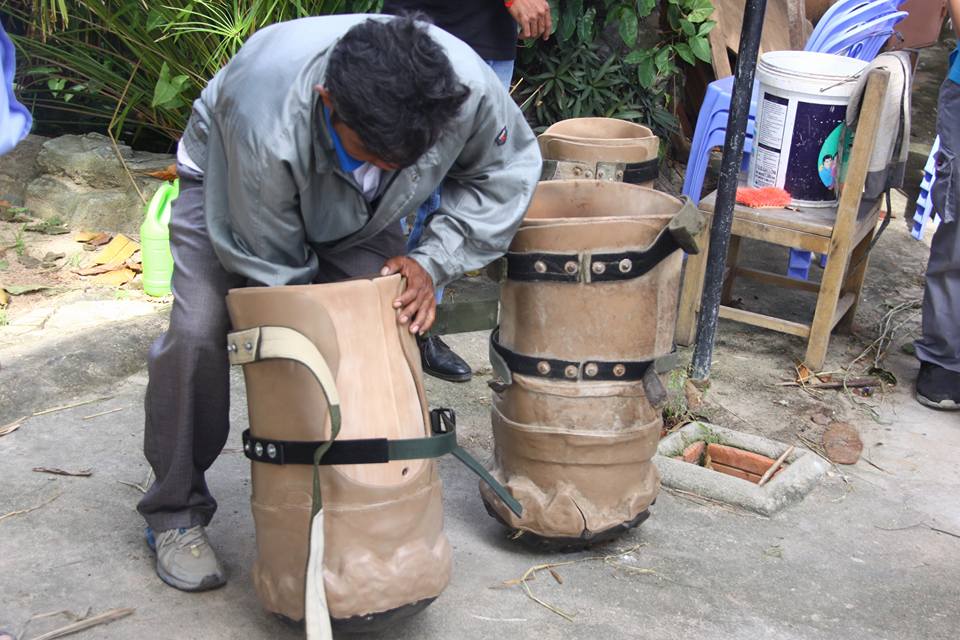 You can help care for Chhouk and ensure he continues to get new prosthetic legs as he needs them by sponsoring him monthly!