The Wildlife Rapid Rescue Team (WRRT) collected a young Asiatic black bear from Pursat Province, Cambodia on January 21. The owner bought the bear from a hunter as a cub in an attempt to save the bear from a cruel fate. Bears in Cambodia and throughout Southeast Asia are targeted by poachers primarily for their gallbladders and paws, which is driving the species toward extinction. The owner kept the young female for two years until he saw one of our ads on the back of a tuk tuk urging people to call our wildlife crime hotline. Upon receiving his call, the Wildlife Rapid Rescue Team traveled to Pursat to pick up the bear and transported her to Phnom Tamao Wildlife Rescue Center where she is being cared for by Free the Bears. 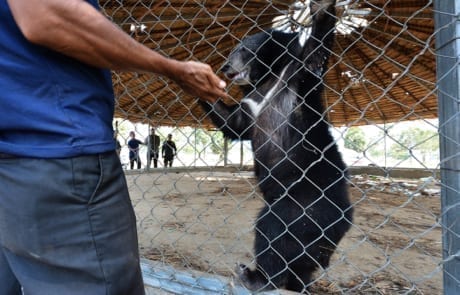 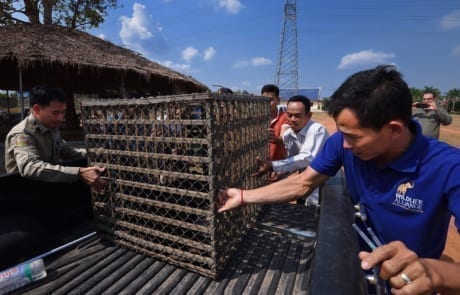 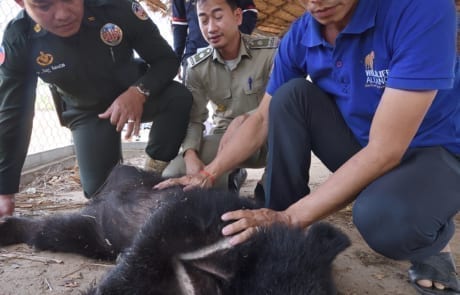 all photos by Jeremy Holden