This Saturday we are celebrating the 6th annual World Pangolin Day! Pangolins are the most trafficked mammal in the world, with conservative estimates suggesting that at least 10,000 pangolins are trafficked each year. Despite this conservation crisis, most people have never even heard of them. These shy animals don’t get the same media coverage that some larger mammals get, and World Pangolin Day was created to raise awareness and support for pangolin conservation.

The critically endangered Sunda pangolin is a scaly mammal that eats ants and termites and hides in dense forest. They are rarely observed in the wild due to their secretive and solitary habits. Slow moving and lacking teeth, their primary defense is curling up into a ball, making them easy targets for poachers. With over one million trafficked in the past decade, these once common animals are now on the brink of extinction and are classified as critically endangered. In China and Vietnam, their meat is considered a delicacy and is sold for $350 per kg; their scales are used as fashion accessories and in traditional medicine, and can be worth up to $1,000 per kg. 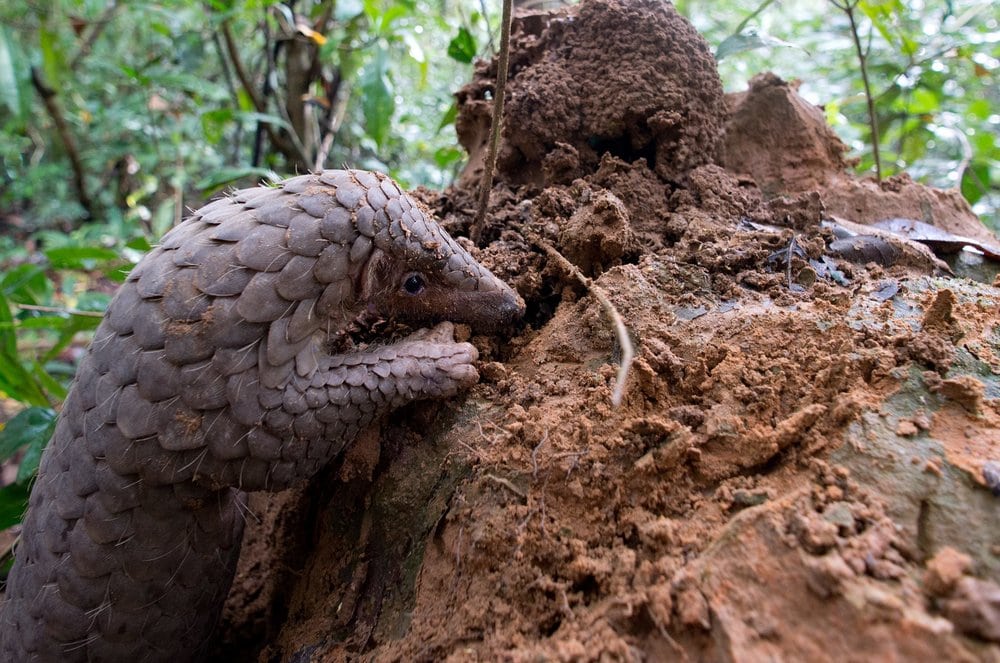 Wildlife Alliance has been working since 2001 to end the trade of wildlife in Cambodia and throughout Southeast Asia. Since then, over 350 pangolins and 62,000 other animals have been rescued. However, the international demand remains high and the plight of the pangolin remains a pressing issue, we are on the verge of losing this timid and gentle species forever.

This year, you can make a difference by helping our forest rangers prevent pangolins from being taken from their natural habitat. We are also offering our supporters the special opportunity to name our new rescued male pangolin who is being cared for at Wildlife Rescue Station! For the month of February, anyone who sponsors our rescued Sunda pangolin, Lucy, or donates over $100 will be entered into a drawing to name the new arrival!

Celebrate World Pangolin Day with us by getting the word out about the plight of the pangolin. We’ll be sharing some pangolin pictures and stories on Facebook, Twitter, and Instagram that you can share and repost to help us raise awareness and get #WorldPangolinDay trending!