Military police along with forestry administration officers and Wildlife Alliance officials raided a house on Wednesday in Pursat province used in the illegal wildlife trade. The team seized seizing nearly 80 kilos of snakes.

The owner was fined and the wildlife was seized to be released back into the wild. The team seized all the wildlife and according to the forestry administration law and fined the wildlife trafficker $2,750.

The Wildlife Rapid Rescue Team is a mobile interventionist team which is comprised of the National Military police, forestry administration and our organisation.

78.75 kilograms of three types of non-venomous snakes were seized. The wildlife was all released into protected habitat. 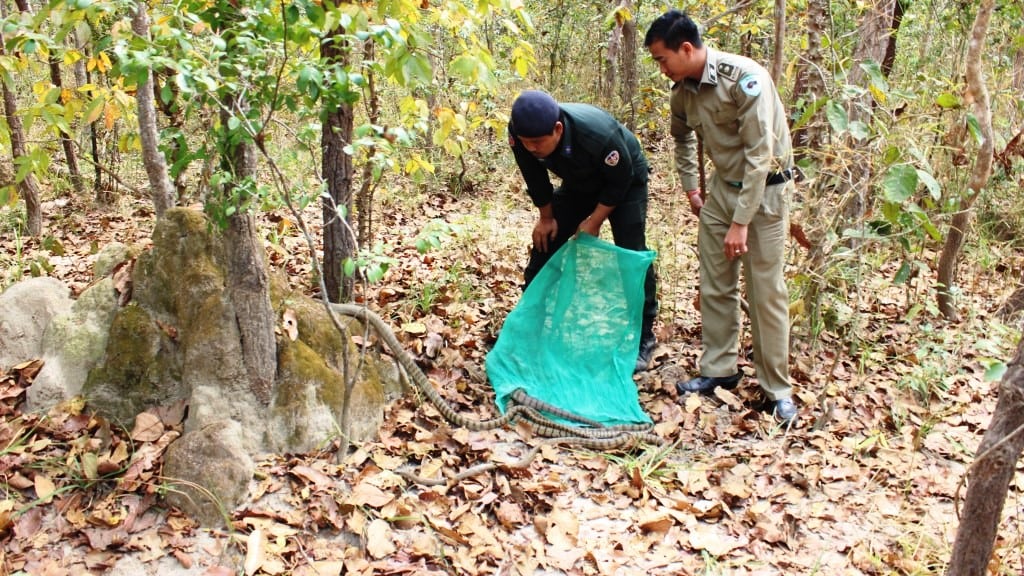 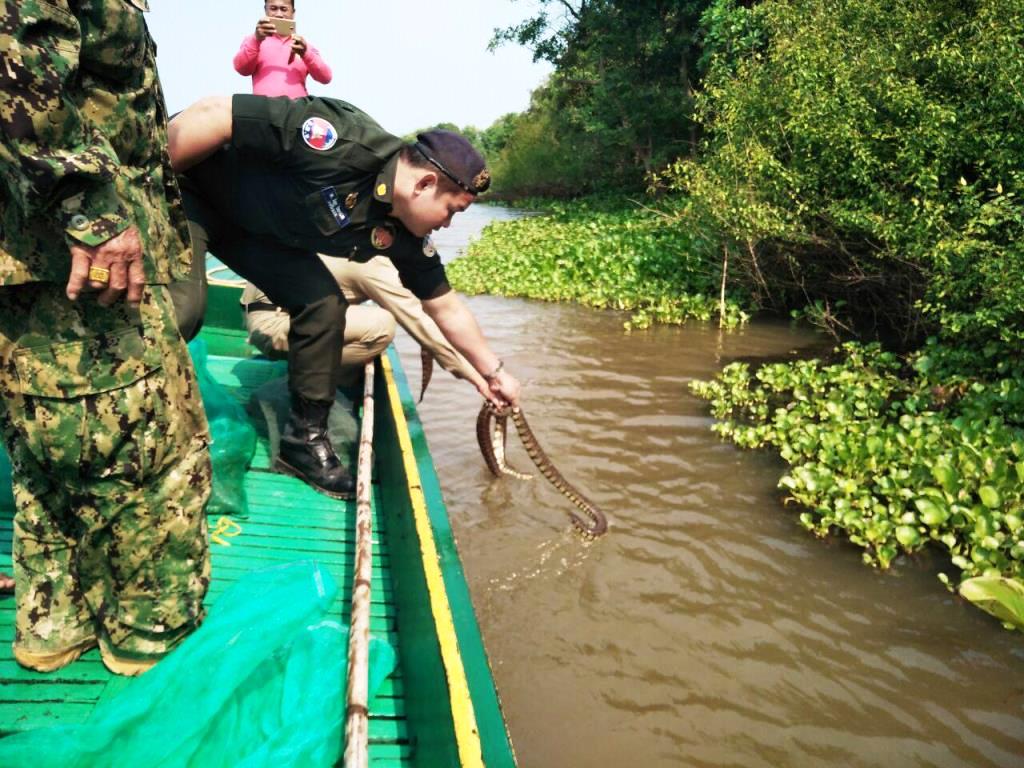