For those that have not seen my previous posts, my name is Monster – just like Frankenstein’s monster -not a scary one! I will be reporting to you twice a month about the activities at the Phnom Tamao Wildlife Rescue Center Nursery!

I am a northern pig-tailed macaque and was actually born at Phnom Tamao, but shortly after I was born my father attacked me. He caused injuries to my arms, legs and head including irreparably damaging my left eye, my carers were unsure that I would survive. Mr. Ran didn’t give up on me and continued to get me to drink a little milk every 2 hours and with patience and daily medication from the vets I grew stronger day by day. My wounds healed up and although I have lost an eye and can be a bit clumsy, I am very happy living with the other juvenile macaques who are being rehabilitated. In this young troupe, I am second to the alpha male and teach the others skills as I am now over 5 years old!

There is not a lot to update you on this time, many of the animals that we have in the nursery at the moment are very stable and slow growing so recently it has been relatively uneventful. However, I have been sick myself, the keepers have moved me into a separate enclosure as I had diarrhea and wasn’t my normal cheeky self. I am feeling better in the past few days and hopefully, after a week with no symptoms, the keepers will move me back with my troop.

The 3 infant macaques are doing well and learning from their juvenile pig-tailed macaque in the neighboring enclosure.

The 3 infant silvered langurs were deemed a little too young still to be in the bigger enclosure and have been moved back into the baby enclosure while they do a bit more growing. Some of the care in the nursery is based on trial and error as different individuals have their own personalities and histories meaning that they are ready to move on at different times.

The gibbon that the keepers decided to hand rear is still doing well, it is still so small that it sleeps a lot! It is becoming less pink now and its fur is getting darker. 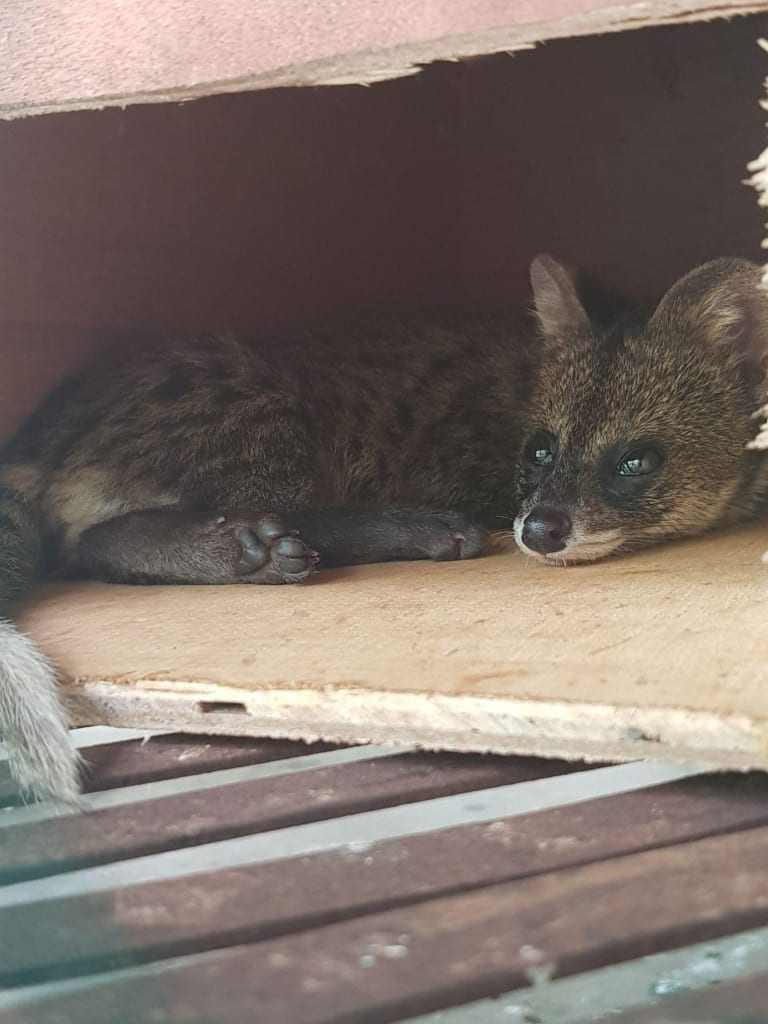 The injured small Indian civet also spends much of the day time sleeping, natural behavior for civets so nothing to worry about. I have seen it up and walking about during the night though, so it seems to be on the mend!

We think we have identified the mystery long-legged bird as being a young swamphen, pictures of adult individuals seem to be similar. We will know for sure when it grows its adult plumage. 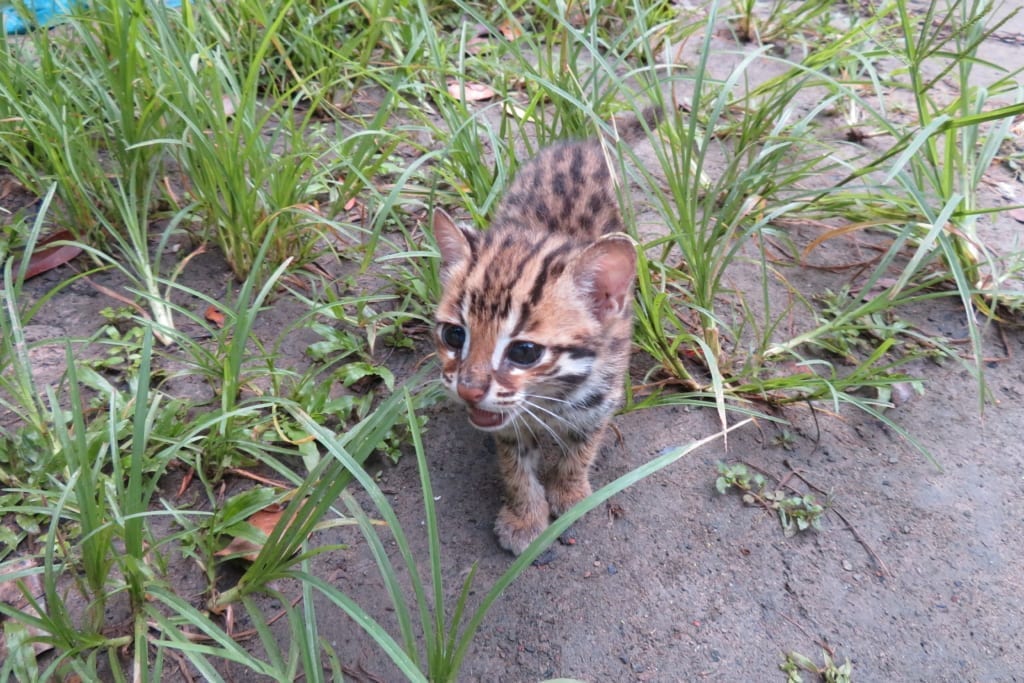 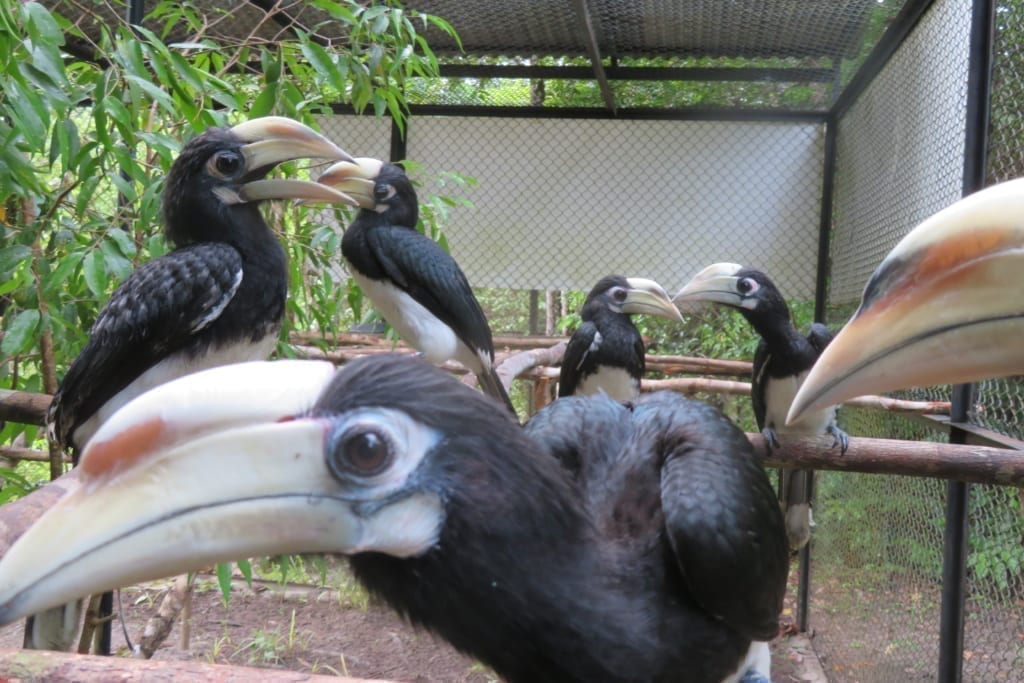 Also at our Wildlife Release Station we have quite a few juvenile hornbills. This is extra to our long term resident great hornbill ‘Joah’ who you may have read about in May’s Conservation Cubs activities. We also have 8 juvenile pied and 2 juvenile wreathed hornbills that were confiscated from traders. They are growing well and developing their casques on their beaks, soon they will be released into the rainforest.

Back at Phnom Tamao Wildlife Rescue Centre with our elephant keepers the 4 infant douc langurs are doing very well. The first 3 to be rescued now all enjoy a larger enclosure during the day, where they can interact with each other and climb and play. The most recently rescued is still separate for now until we know for sure that she is fit enough and medical checks have come back clear.

Since I have been out of my enclosure they have introduced a new male pig-tailed macaque into the troupe. He has a minor hand deformity from his experiences before coming to Phnom Tamao, but they certainly do not hold him back and in fact he is already second to the dominant male. We will see what happens to that dynamic upon my return!