With all three river otters species native to Cambodia listed as Vulnerable or Endangered on the IUCN Red List, numbers continue to drop due habitat loss and hunting.

Jimmy and Lenny Leng are just one of our Smooth Coated Otter family units at Phnom Tamao. Lenny was born at Phnom Tamao in 2014 to parents who we believe were victims of the wildlife trade after coming into competition with fishermen. Jimmy was kept as a family pet and was donated in 2017, however unfortunately was too humanized for release. The pair had their first successful litter in 2018, with a subsequent one in 2019 and now have four happy and healthy pups. Lenny’s brother and father have recently been released and we’re hoping some of the Leng offspring will go on to have similar fates, repopulating the species in the wild. 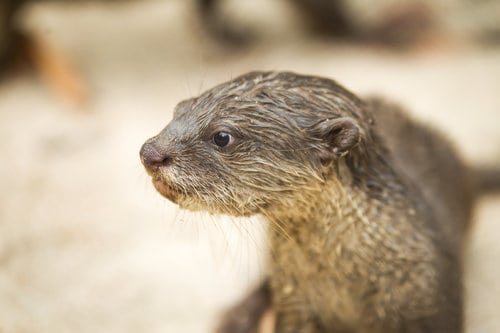 The parents were already living at Phnom Tamao when Wildlife Alliance joined in 2001. They were likely rescued from fish farms, where they are seen as competition for livelihoods and often killed. Now with a safe home at the Rescue Center, they had their first litter in 2014 and have been wonderful parents, teaching their four young how to swim and hunt live fish!

With four resident smooth-coated otter families at Phnom Tamao, we hope to introduce unrelated young and release these captive born otter families back to the wild!

3 Ways You Can Help Smooth-coated Otters