The Asian elephant (Elephas maximus) population in the Cardamom Rainforest Landscape is widely considered to be the most important in Cambodia and among the largest in Indochina. Vast expanses of intact forest, largely due to the stringent protection from Wildlife Alliance, has allowed this population of Endangered elephants to remain safe and stable. Although our rangers patrol in elephant habitat every day, it is not often that they actually spot an elephant. While these pachyderms are massive creatures, they are light on their feet and camouflage incredibly well into the terrain and dense vegetation. In order to monitor the elephant population, our rangers track signs of elephants, such as dung piles and footprints and capture photographs using camera traps. While on a recent patrol, rangers from the Siamese Crocodile Station (Chhay Areang) found such evidence. Unfortunately, on the same patrol they found and dismantled 155 poaching snares including one with a live civet trapped which the rangers successfully rescued and released back into the forest. 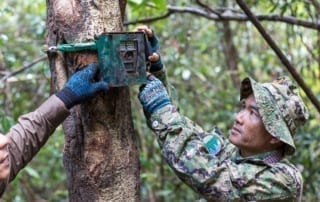 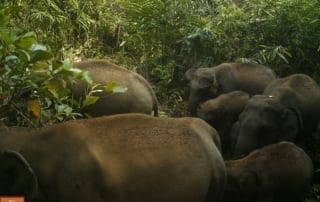 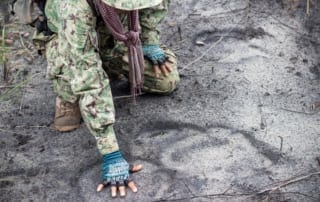 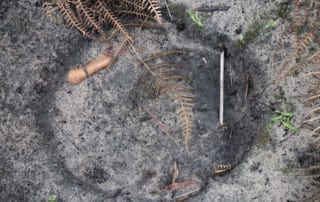 While snares are not set with the intent to capture elephants and are meant to capture wildlife such as wild pig and sambar deer for the bushmeat market, elephants are often caught too. A survey of the Southern Cardamom elephant population found that of 7 calves identified, 4 had severe snare injuries and three older elephants had trunk lacerations from snares. These high levels of snare injuries could be causing an unnaturally high level of infant mortality, jeopardizing the recovery of this vital elephant population.

By monitoring the elephant population, our rangers know where to prioritize their patrols to protect this iconic Endangered species. Last year, Wildlife Alliance rangers removed 19,986 snares from the Cardamom Rainforest and have achieved zero elephant poaching since 2006. 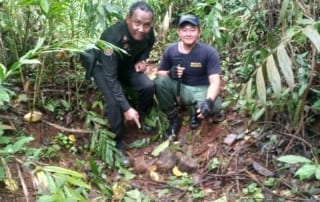 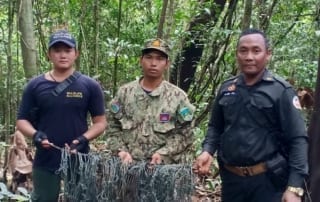 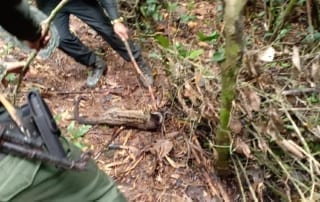 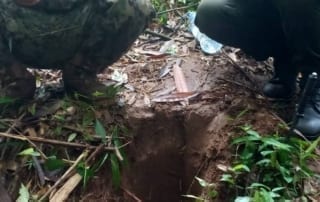