June 21, 2018 – The GPDS (Global Park Defense System) rangers woke to an alert at 2:22 AM from a motion detecting trail camera. The camera hidden in the forest sent a real-time photo of one person on a motorbike transporting a suspicious cargo. The motorbike was leaving the protected area and heading toward the village Chi Phat.

The GPDS Anti-poaching team intercepted the driver. At the view of our rangers, the driver abandoned his bag and the cargo and disappeared in the forest. The rangers collected the bag and found a Critically Endangered pangolin (4.5kg), 27 turtles (30kg), and five softshell turtles (12kg).

The animals were all in good condition and were released the next day. The motorbike was confiscated as state property. MOE (Ministry of Environment) officers are continuing to pursue their investigation to find the driver.

The GPDS (Global Park Defense System) team is a specialized ranger unit that uses technology, such as trail cameras that send pictures and videos to the rangers in real-time, to monitor and intercept suspicious activities inside the protected forest area by using trail-cameras. 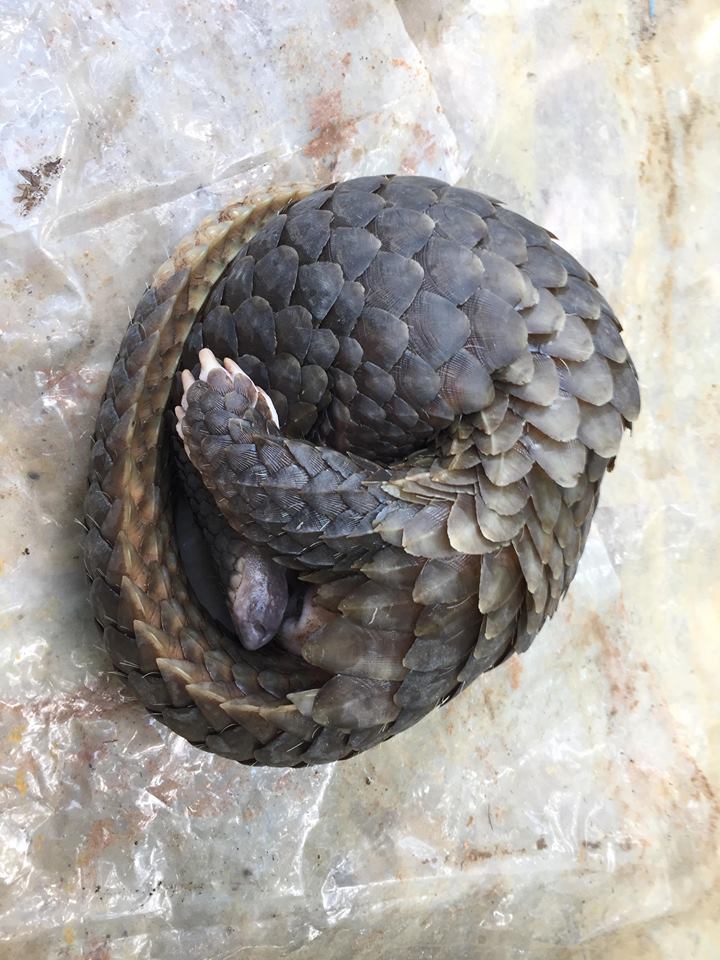