At 11.40 am on Monday July 18, 2016, WRRT apprehended a 40 year old female trader after a long running investigation concerning cross border wildlife trafficking. The trader was arrested in the province of Banteay Meanchey after detailed information was provided by an informant concerning a bear or bear parts being transported from Thailand and destined to be sold in Phnom Penh. 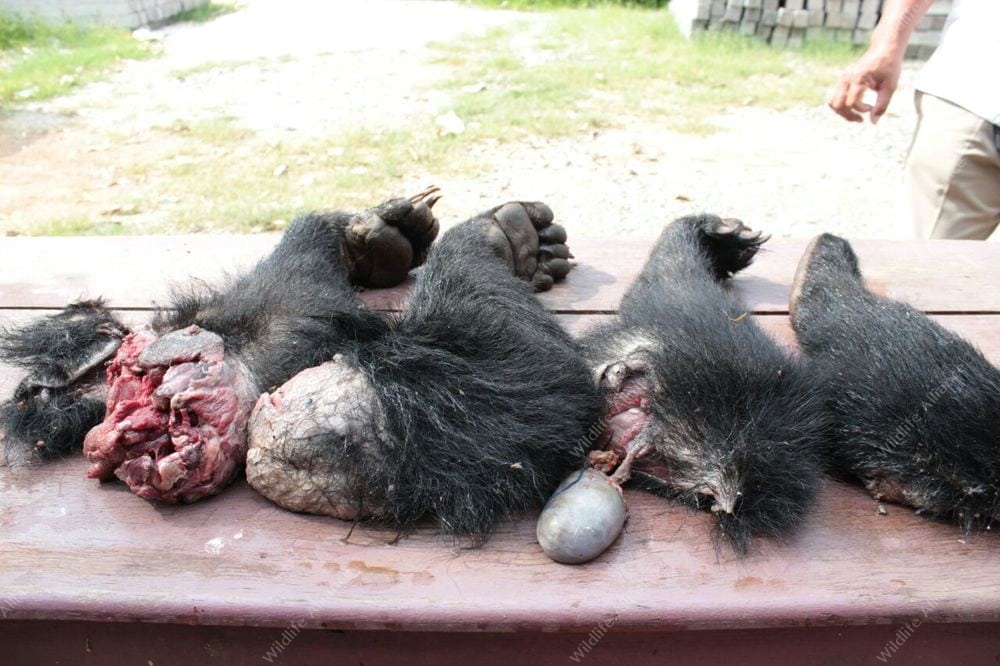 Initial information included a vehicle description and registration plate number and the intention was to follow the trader to a destination point to arrest others involved in the trafficking. This was however not possible as the trader swapped vehicles several times and the last information received included only a vehicle type (Camry) and the colour of the driver’s shirt. As a result, the team decided it was necessary to intercept  the vehicle on route to ensure the correct vehicle was stopped. On sighting a vehicle fitting the description provided, the team pursued and stopped it approximately 70 kms from the Thai border on national Road # 56 in Svay Chek District of Banteay Meancheay. A subsequent search resulted in 4 Asiatic black bear legs being located in a cooler stored in the trunk of the vehicle and a bear gall bladder being located in a cooler in the trader’s handbag. She was subsequently arrested and conveyed to the local FA office where she was charged with trading endangered wildlife under Article 98 (12) of the Forestry Law. The trader remains in pre-trial detention pending her court appearance and is still being questioned regarding the circumstances surrounding the offence and the identity of others involved.