Sept. 10, 2016: Veal Pi (station) rangers released turtles back into the wild – on the edge of a mountain river. Earlier, these turtles were rescued from a smuggler. “The offender saw us running out from the forest,” explained ranger Rastislav Artim, 34. “The offender got scared and threw the bag away. He took off.” 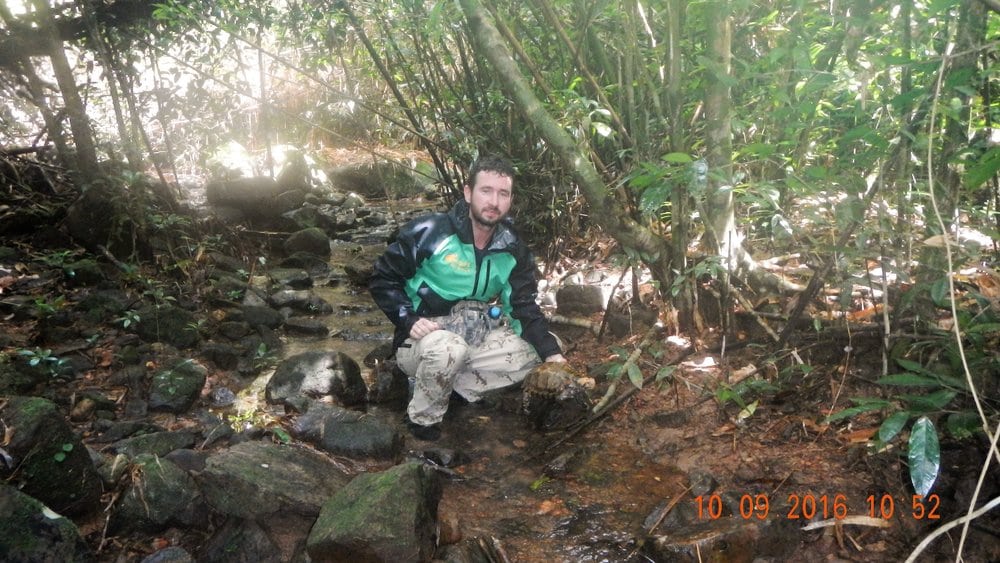 According to the Cambodian law, the forestry administration officer would fine the offender from $5 to 20 depending on the size and weight. Due to poverty, many poor people including this offender are opting to this kind of employment – making a quick buck to survive. Until the government and international development agencies address rural development issues, the problem of wildlife trade and deforestation will not end.