The Green Peafowl Station (Sre Ambel) rangers saved a Great Hornbill Buceros bicornis (1.52kg). While on patrol, the rangers intercepted one motorbike carrying a suspicious bag. The driver threw the bag on the ground, abandoned his motorbike and disappeared in the forest.

The young Great Hornbill was brought to the Wildlife Release Station for medical care and will be released back into protected forest as soon as his condition improves.

Great hornbills are distributed widely throughout Asia, including China, India, Cambodia, Thailand, Vietnam and Indonesia. These hornbills are mostly found in the forest canopy but spend nights in large communal roosts. They play a vital role in their ecosystem as they are one of the few bird species with a wide enough gape to consume and disperse large seeds, such as those of the trees in the genus Myristica.

Due to habitat loss and hunting in some areas, the great hornbill is evaluated as near threatened on the IUCN Red List of Threatened Species. It is also listed in Appendix I of CITES, granting it the highest form of protection in the international wildlife trade. Despite its wide range, Great hornbills appear in low densities and are patchily distributed. Its population is declining rapidly in many areas, including in Cambodia. Wildlife Alliance is helping to stabilize populations in Cambodia by protecting vital habitat in the Cardamom Mountains and rescuing them from the illegal wildlife trade. 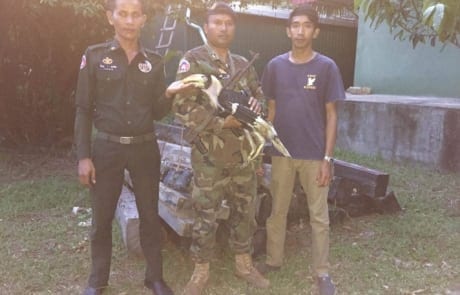 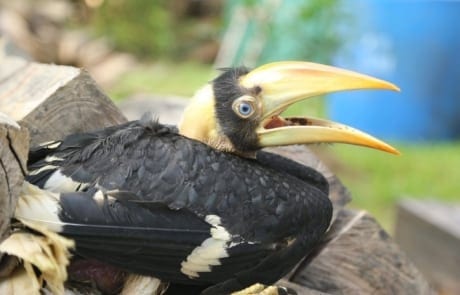 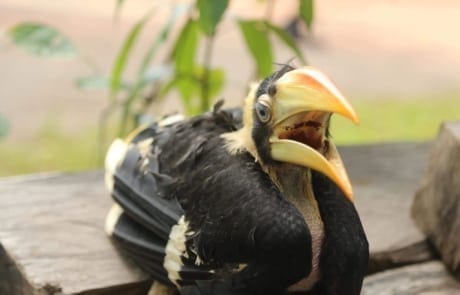