Here at Wildlife Alliance, we dedicate every day of the year to direct protection of forests and wildlife. On World Environment Day, we consider what it means to ensure the future of the planet, including what we can do to create a better world.

What is World Environment Day?

5 June is the United Nations day to encourage worldwide awareness and action to protect our environment. It aims to inspire people to care about nature and organises around a theme each year. This year’s theme is special and marks the start of a 10 year campaign by the United Nations, led by the Environment Programme.

What is the theme of World Environment Day 2021?

This year’s theme is restoration. It marks the start of the United Nation’s Decade on Ecosystem Restoration which aims to

“prevent, halt and reverse the degradation of ecosystems on every continent and in every ocean.” Read more here.

What is Ecosystem Restoration?

Restoration is undoing some of the damage done. Ecosystems are our life support systems. When we hurt them, we hurt ourselves. That hurt is already showing. Today, the world is facing a triple threat: climate change, loss of nature and pollution.

To succeed in the aim of restoring ecosystems by 2030, Wildlife Alliance joins the United Nations’call to action for anyone and everyone to join the #GenerationRestoration movement to prevent, halt and reverse the degradation of ecosystems worldwide.

How Wildlife Alliance is part of #GenerationRestoration

So how are Wildlife Alliance combating this triple threat? We #ProtectTheCardamoms !

Why does the Earth need restoration?

But crucially, it will only work if everyone plays a part. Read more here.

That’s why we call on everyone to join together with us to protect the Cardamoms! This amazing rainforest  provides water, air and is important for Cambodia’s wildlife. Without the Cardamom forest, there will be floods and droughts, and we will lose animals like elephants, clouded leopards and giant hornbills.

What are we doing to save tropical rainforest in Cambodia?

Tropical forests are one of the biggest sources of freshwater on the planet. By protecting the Cardamoms rainforest, we have saved almost half of the freshwater supply in the Kingdom. And it’s not just human life at stake. The Cardamoms are home to Asian elephants, clouded leopards, sunbears, hornbills and thousands of other species.

Why we save the Cardamom rainforest

The Cardamoms is one of the largest unfragmented rainforests in Southeast Asia. It is a lifeline for Cambodia, and the planet. Globally, rainforests generate about 20% of the world’s oxygen and its trees play a key role in reducing pollutant levels. People say the Amazon is the “lungs of the Earth.” Well, the Cardamoms is the Amazon of Asia!

The world's fresh water is drying up

Stopping deforestation, before it’s too late

Last month, Wildlife Alliance rangers from Chambok station busted tonnes of illegal timber. While on patrol in the national park, the rangers seized 2 chainsaws and over 3 tonnes of Thnong (Burma padauk or Pterocarpus macrocarpus ) timber.

Three offenders were brought in to the ranger station for questioning by judicial police officers.  Three days later, the offenders were prosecuted, and are now in prison. 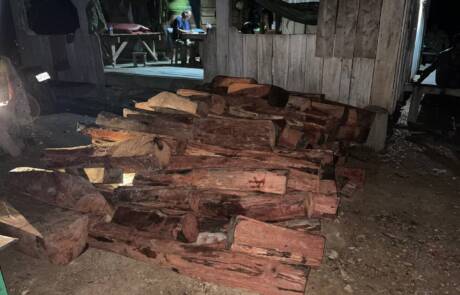 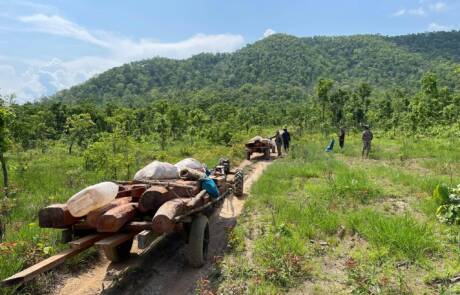 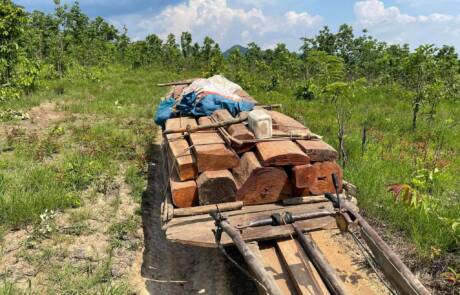 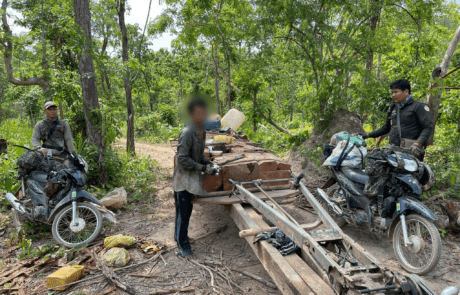 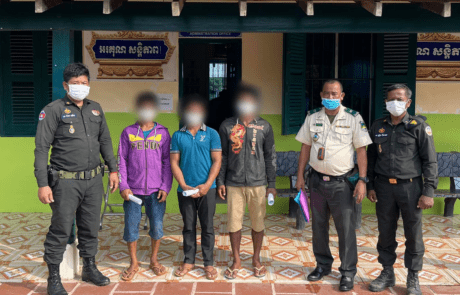 What is Burma padauk (Pterocarpus macrocarpus) ?

The tree, Pterocarpus macrocarpus is globally Endangered and one of the 23threatened tree species found in the Cardamoms rainforest. 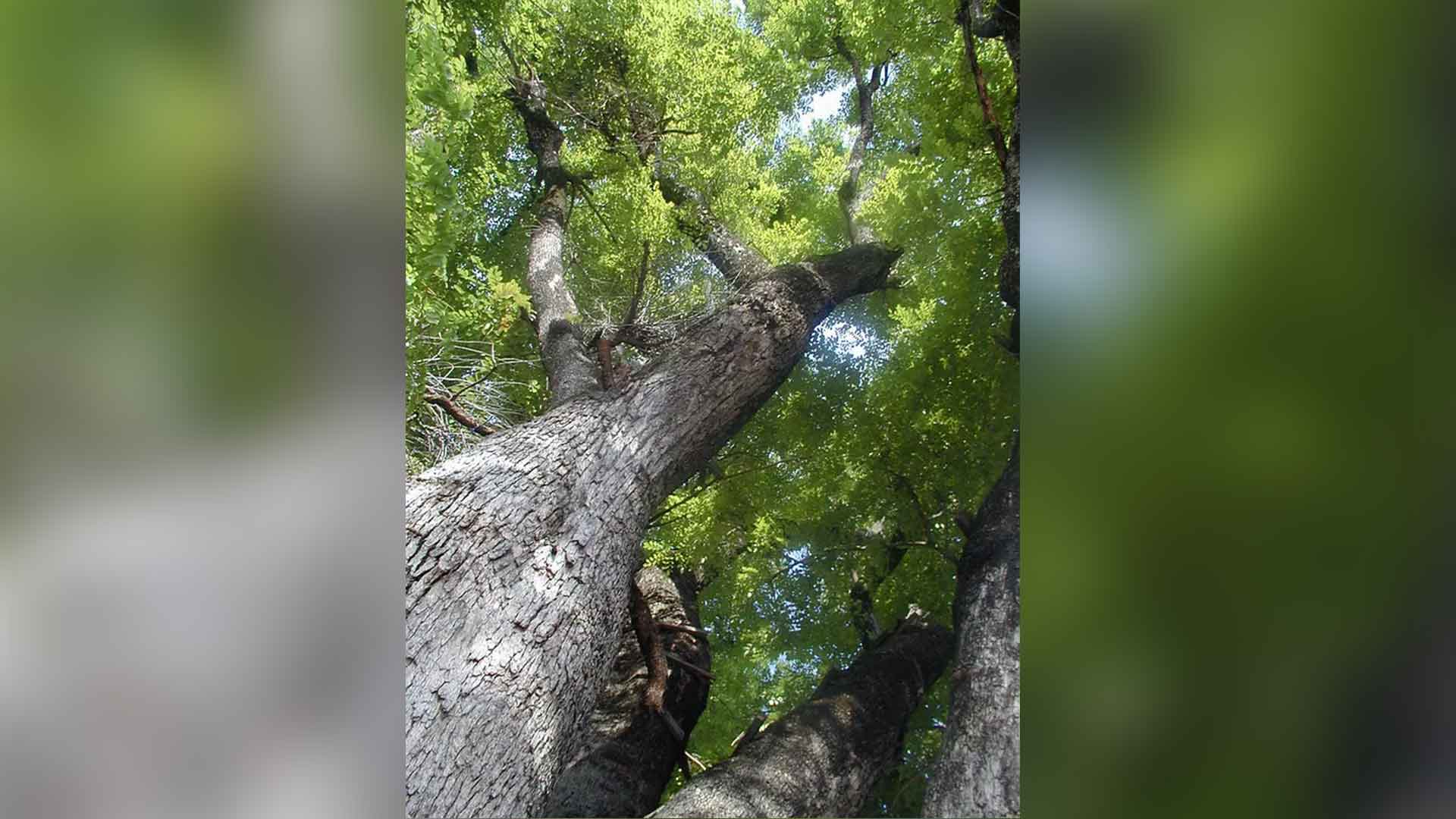 Pra-doo-pa (Pterocarpus macrocarpus) in Thailand. The species is endangered.

Rangers protect the Cardamoms rainforest with their patrols and law enforcement activities. Their presence and the risk of arrest is a deterrent for loggers and hunters. Prosecutions like this act as further deterrents against conducting illegal activities in the national park.

We thank  FondationFranklinia who support Wildlife Alliance rangers from Chambok station to combat illegal logging in the national park.

Why does poverty cause deforestation?

Poverty plays a role in deforestation. Tropical rainforest is often found in the poorest areas on the planet. In Cambodia, people in rural communities are amongst the poorest of the poor. These communities may turn to nearby forests; selling timber and wildlife, in addition to clearing land for cultivation as an income stream of last resort. In addition, powerful people and groups may exploit their poverty as a way of claiming natural resources for themselves. Therefore forest friendly job creation in these communities is needed.

How can we reduce poverty to reduce deforestation?

At Wildlife Alliance, we have a range of programs designed to provide opportunities for people so they don’t need to rely on the forest for a living. This includes community-based ecotourism, sustainable agriculture and even direct forest protection.

A great example of this is  Mr Gnet Tiny who used to be a logger and a hunter but today is a ranger with the Ministry of Environment. Today when he enters the forest, he is there to protect not to poach or cut trees.