Roveang station rangers cook after a day of patrolling.  The team has to be completely self-sufficient whilst on a long patrol, which could last as long as 7 days.

‘The longest patrol I’ve done is seven days…sometimes we have to go 48 hours without sleep’. Long patrols are a tough physical and mental challenge, explains ID, one of Wildlife Alliance’s rangers, but they bring the team closer, allowing them to form stronger bonds.

Working in the forest for days at a time relies on complete self-sufficiency. All food, cooking equipment, and camping gear is distributed between the team and the task of cooking is rotated. Not only this, but confiscated illegal gear is sometimes required to be taken back to the station for evidence. At any one time, the team could be carrying up to 15 chainsaws on their motorbikes whilst also on patrol. 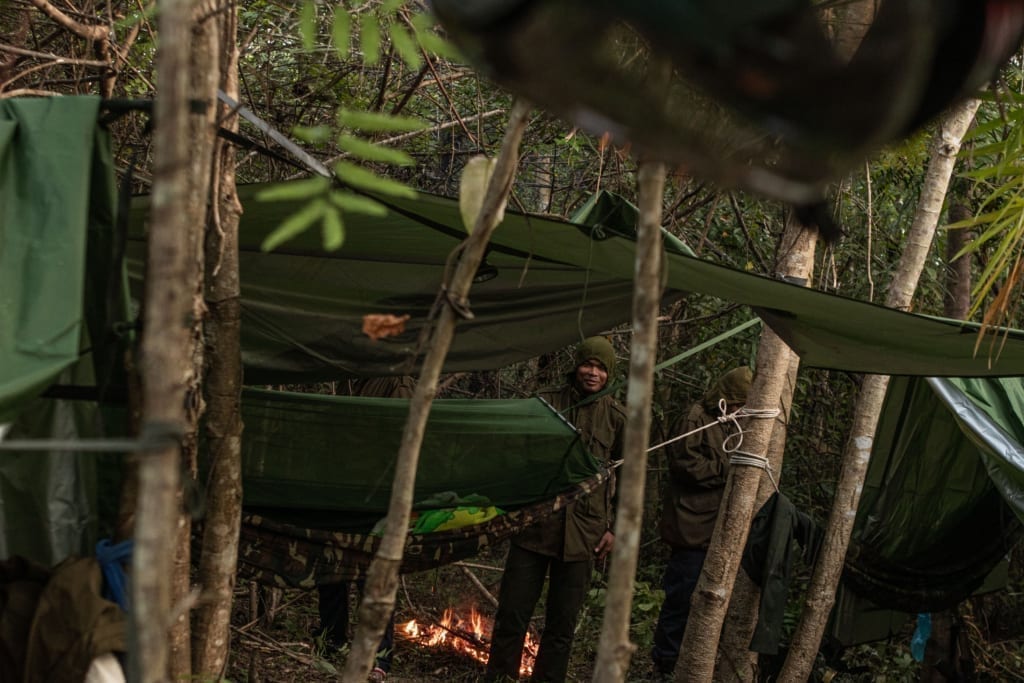 Setting up camp. Depending on the area, rangers might switch out to keep watch on the camp during the night.

However, being self-sufficient is just the tip of the iceberg when it comes down to effective long patrols. Tracking down illegal poachers and loggers in dense rainforest requires rangers to be sharp. Often teams will go out without a lot of intelligence, meaning they have to rely on their ability to follow signs of recent illegal activity. ‘’Over time you start to notice things. For example, I learnt how to distinguish between a trail made by a truck full of timber and one that’s not. The dryness of the prints indicates how fresh they are,’’ says ID. 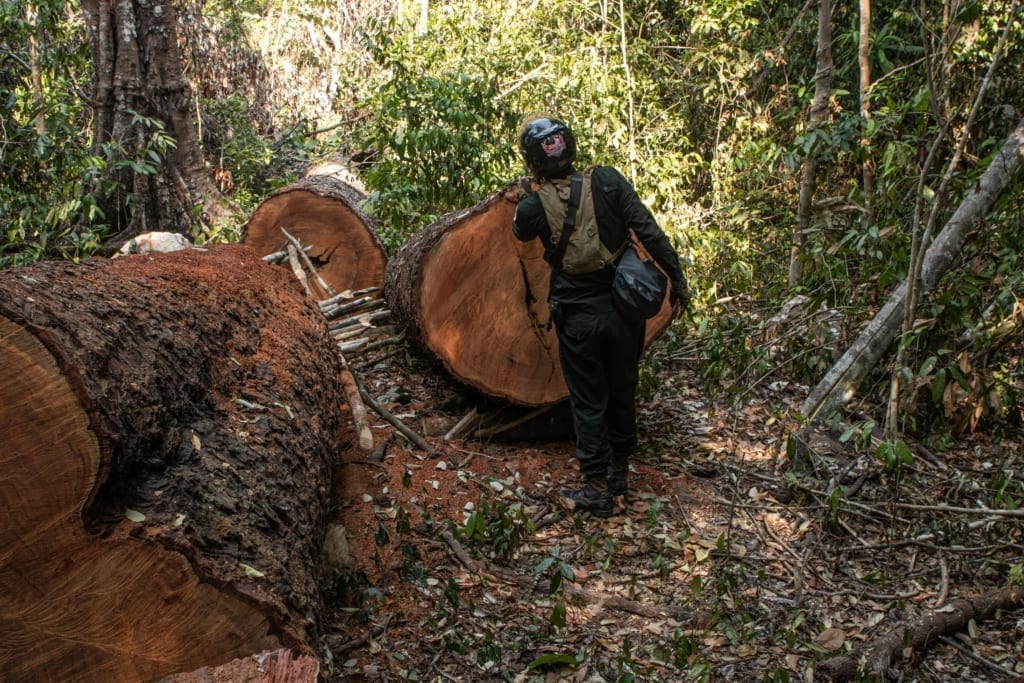 The aftermath of illegal loggers that were found cutting within a protected area.

As the rains from Cambodia’s wet season sweep in, a whole new set of challenges presents itself. The rains can wash out existing trails and paths, making even travelling a few hundred metres a significant challenge. Despite this, there is a silver lining to the wet season. The tracks created by offenders are easier to distinguish and offenders don’t go deeper into the forest. 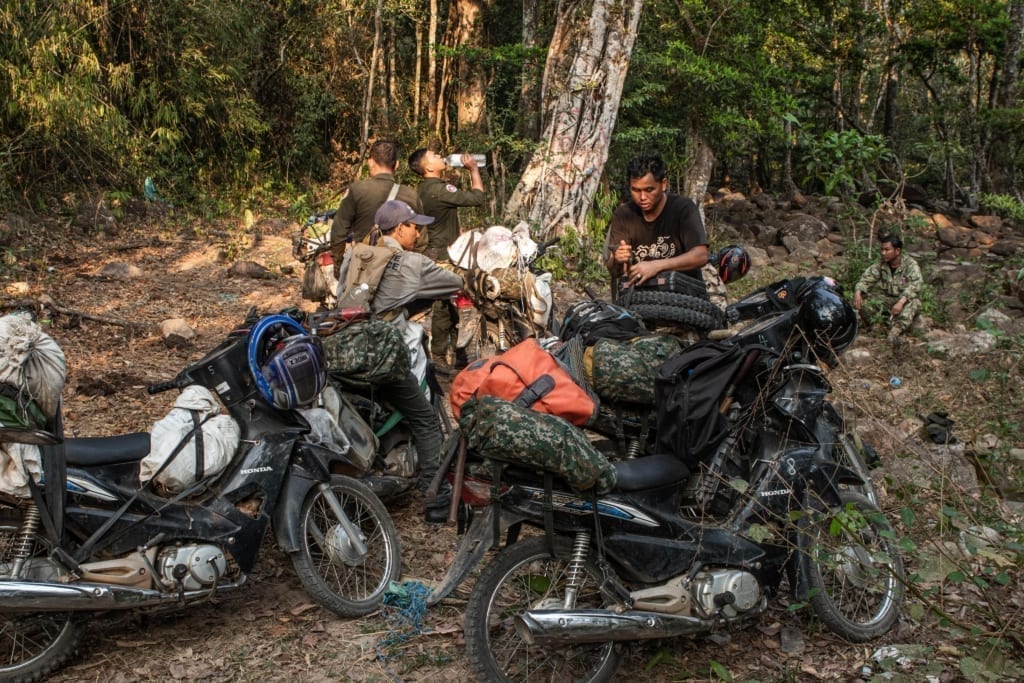 Rangers load up their motorbikes in preparation for the patrol. Bikes are often loaded with confiscated illegal equipment, such as chainsaws.

Despite the challenges, long patrols are an integral part of Wildlife Alliance’s work by its rangers to protect almost 1.5 million hectares of the Cardamoms Rainforest Landscape.