For Veasna, 48, protecting Cambodia’s forests has become a life mission. Working as a ranger since the age of 16, he’s watched how the relationship between people and forests has changed drastically.

“Very few people went into the forests before as there were Khmer Rouge…Now many people don’t follow the law”, Veasna says.

Much of Cardamom Mountains was previously occupied by the last strongholds of the Khmer Rouge, making it an extremely hostile environment to work in.

Now for Veasna, and the other 142 Wildlife Alliance rangers, working and living in the Cardamom Mountains has become hostile for different reasons. Every day Veasna and his team at Roveang station go on patrol to protect the forest – more than 20,000km a year in some of the harshest terrain in the region – from the relentless tides of illegal loggers and poachers. 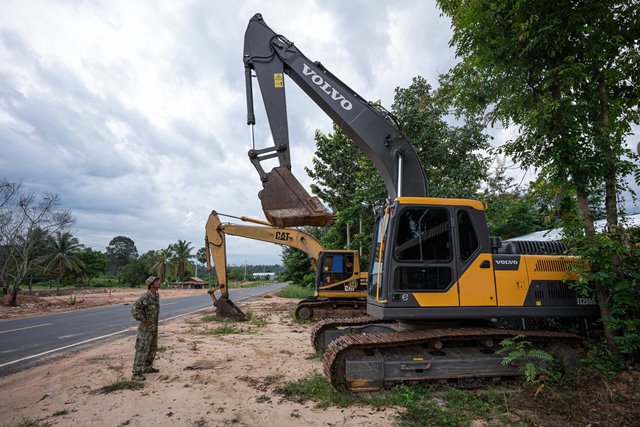 One of 12 excavators confiscated by Roveang station rangers in just one year. 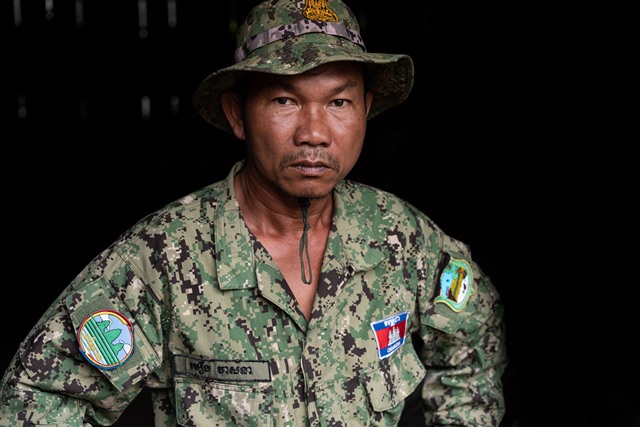 Moeun Veasna, 48, has been working as a park ranger in Cambodia’s Cardamom Mountains for more than 30 years.

Recently, for Veasna, protecting the Cardamoms has meant he’s had to confront giants. In the year since the station has been open, they’ve confiscated 12 excavators attempting to illegally clear large swathes of pristine rainforest, leaving only bare soil. They’ve also seized 668 vehicles being used to illegally traffic wildlife and timber to neighboring China and Vietnam, as well as 544 chainsaws.

Excavators can destroy 100s of hectares of pristine rainforest over just a few weeks. The timber can then be loaded onto trucks which can then transport it onto neighboring China and Vietnam.

“To have forests is to make sure that the people have a future…If there’s no forest, there’s no water”.

Veasna and his team’s commitment to put a stop to such large scale destruction has put halt to much of the illegal activity in their patrol quadrant – the station has already seen a huge drop in the number of trucks transporting illegal timber.

Protecting the Cardamom Mountains means much more than protecting Asia’s last great rainforests to Veasna. “To have forests is to make sure that the people have a future…If there’s no forest, there’s no water”.

The Cardamoms is the region’s largest rainfall regulator, influencing rainfall patterns on a global scale. The forest itself receives a staggering 3.5 to 4.5m of rainfall annually that supply 22 major waterways, in turn supplying water to hydropower dams that generate an estimated 20% of Cambodia’s electricity.

NASA studies have also proven that the combined deforestation of the tropical forests of the Amazon, Congo Basin, and South East Asia have resulted in a reduction of rainfall in the Northern Hemisphere. 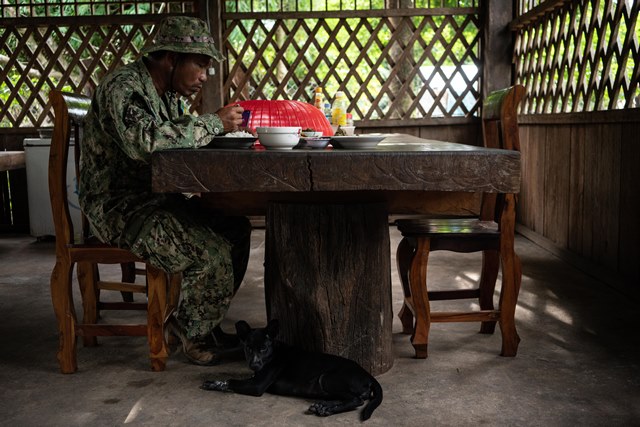 Veasna returns to the station after a patrol that led to the removal of an illegal logging camp. 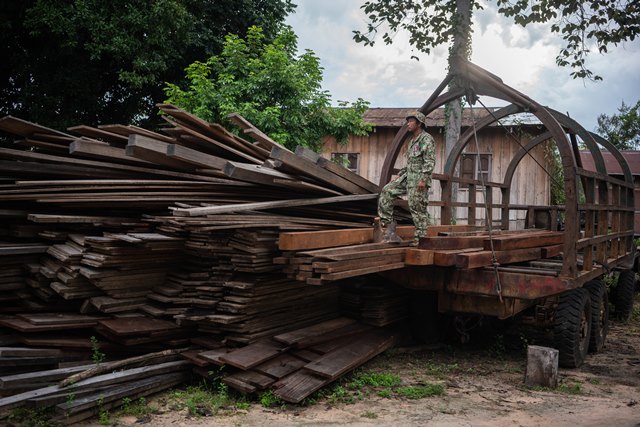 In just a year the Roveang station team has seized 688 vehicles used by loggers and poachers.

With Wildlife Alliance, Veasna has had the opportunity to visit other protected areas in Cambodia to offer training and support. It’s given him the opportunity to pass on knowledge and skills from more than 30 years as a ranger. In particular, as a father of two,  he’s more determined than ever to ensure the next generation become guardians of the countries’ rich forests and wildlife.

Here at Wildlife Alliance, we’re determined to bring you stories about the people on the frontline of conservation. If you want to support Veasna and his team’s work to protect the Cardamom Mountains you can donate to our Cardamom Forest Protection Program.