The snares are made of rope or metal. The thickness and the strength depends on the targeted animal. To build them it’s a fast process, they are basically lassos  kept in tension by a branch and a trigger made out of bamboo. Local hunters use these ubiquitous wires to create snares – indiscriminate forest bombs – that are crippling and killing Southeast Asia’s most charismatic species and many lesser-known animals as well. 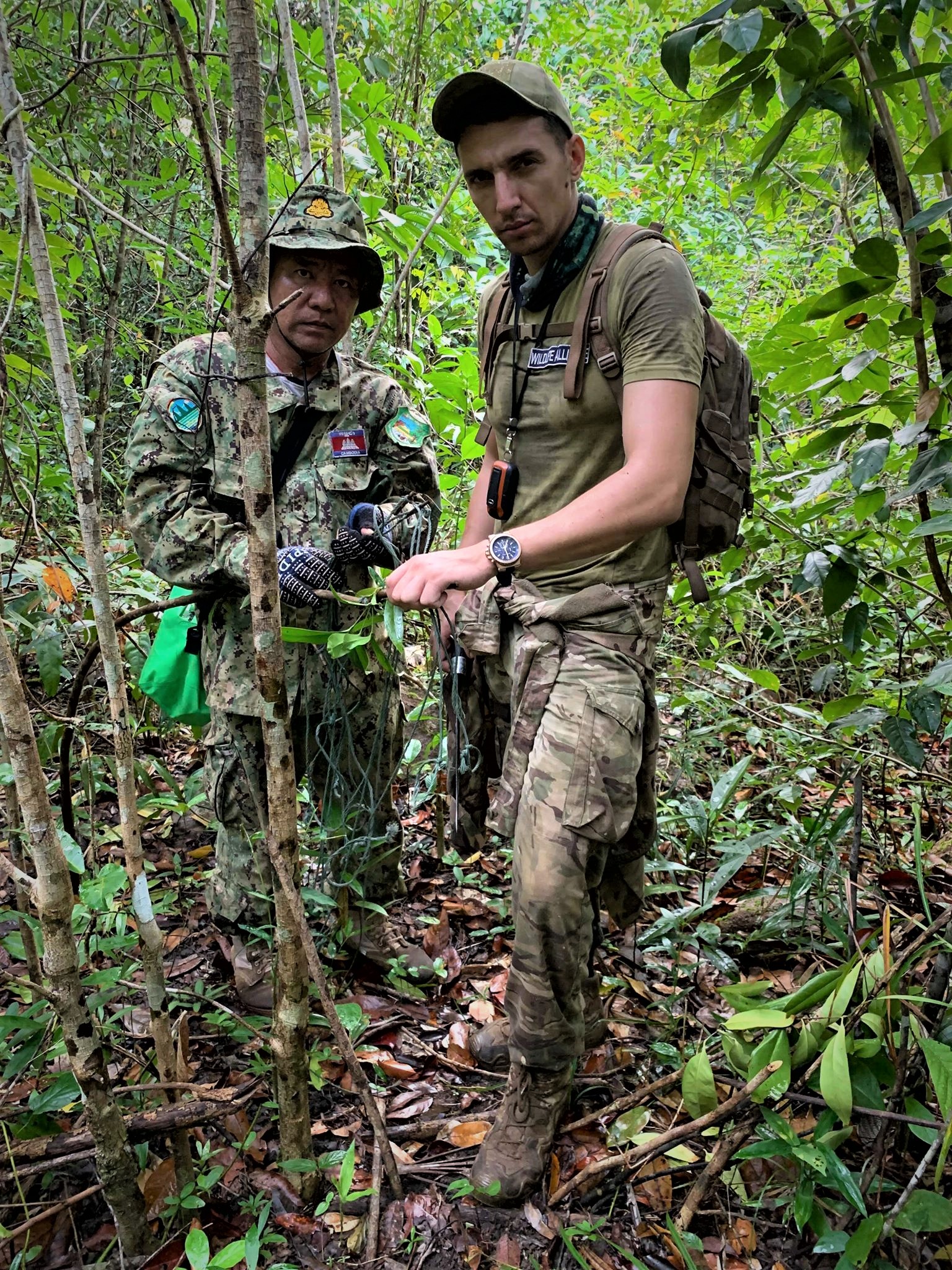 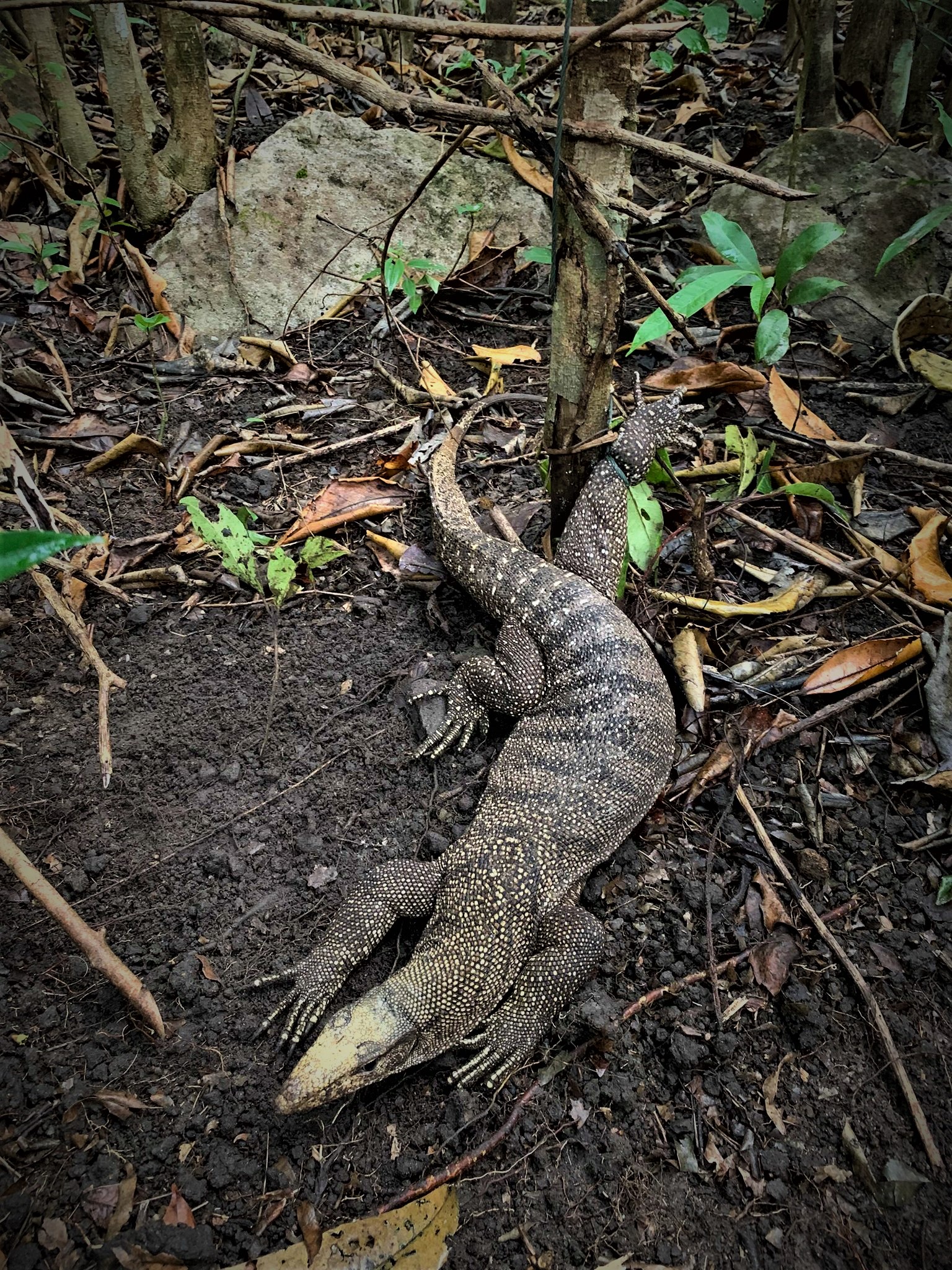 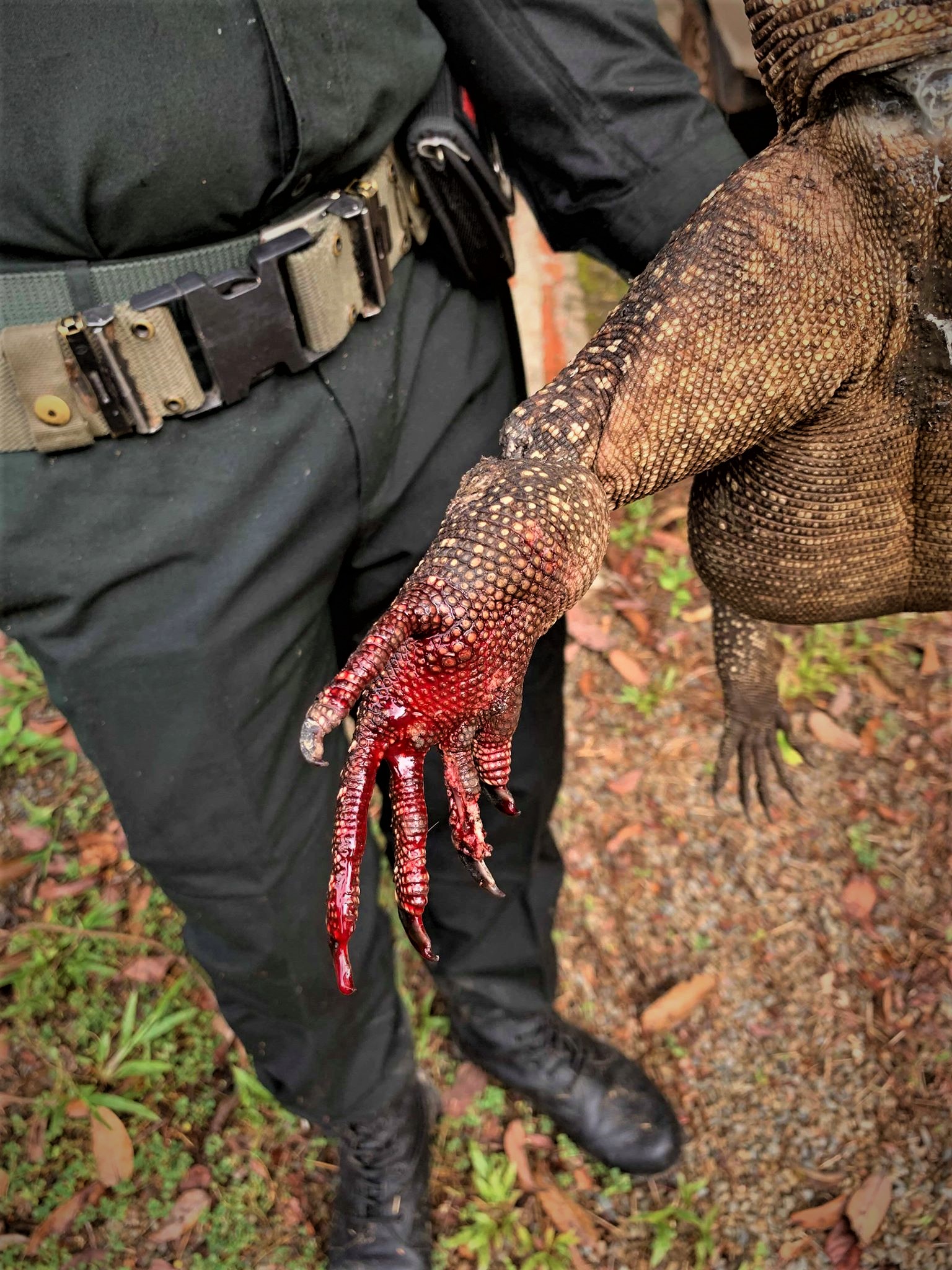 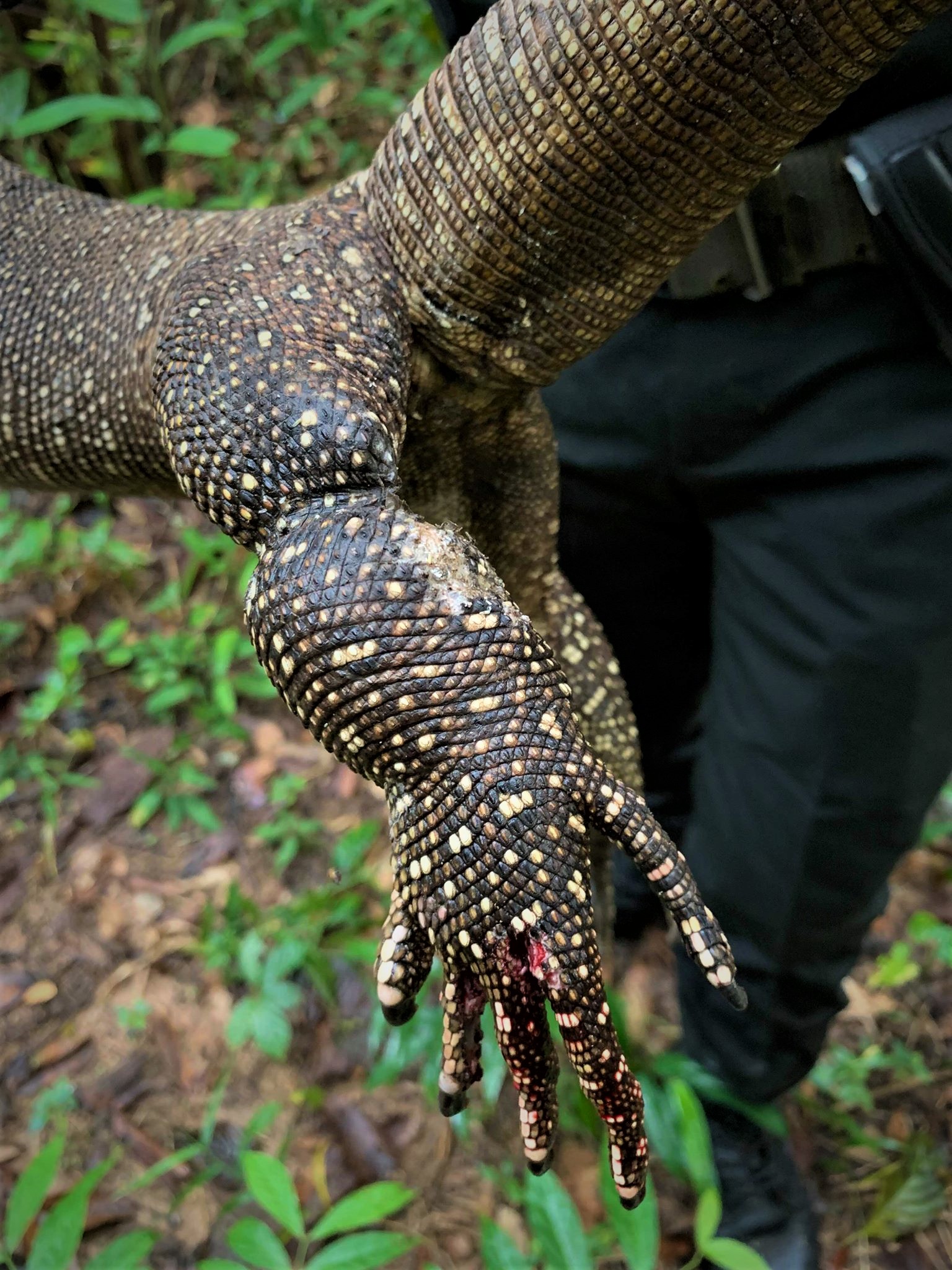 Green Peafowl Station (Sre Ambel) forest guards found a Monitor lizard trapped in snares. The animal was seriously injured by the lasso string who began to cut through his leg. Wildlife Alliance forest guards remove the lizard from the trap and help it to recover by treating the wound. For forward recovery, the animal was transferred to Phnom Tamao Wildlife Rescue Center.

According to Dr. Thomas Gray, Wildlife Alliance Science Director, the snaring crisis is  increasing in Cambodia – where he works – as well as Myanmar, Indonesia and Thailand. In some places – even protected areas – it is so bad that scientists talk of “empty forests” where hunters have literally stripped the ecosystem of all medium-to-large animals. Read more about  The wildlife snaring crisis 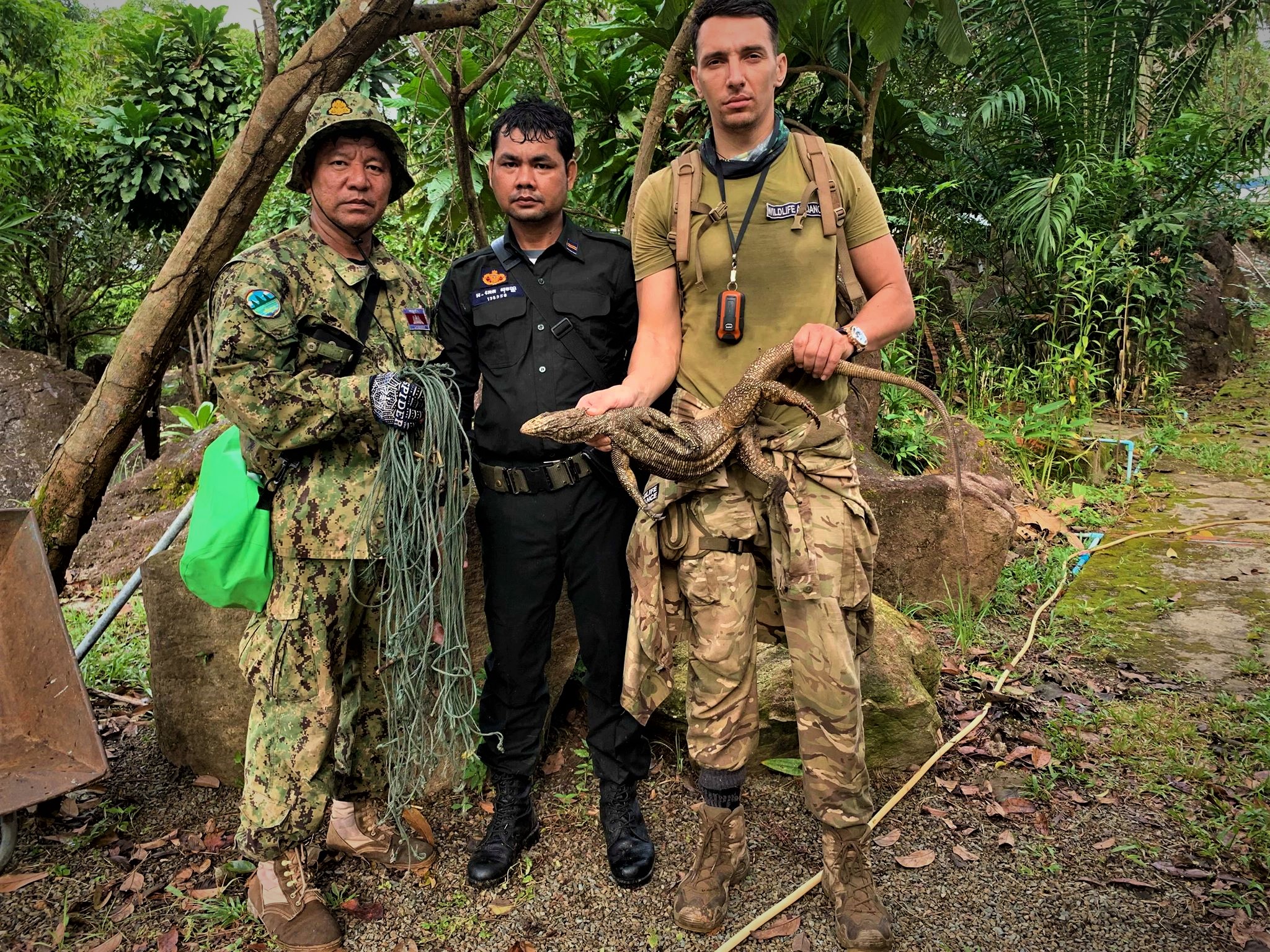 These traps are inexpensive to make and are easy to set but are highly detrimental to wildlife populations due to their indiscriminate nature. In addition to deterring people from setting snares, Wildlife Alliance Rangers have removed hundreds of thousands of snares from the Cardamom Rainforest floor.