The Siamese crocodile (Crocodylus siamensis) is a small to medium-sized freshwater crocodile native to Indonesia (Borneo and possibly Java), Brunei, East Malaysia, Laos, Cambodia, Myanmar, Thailand and Vietnam. The species is critically endangered and already extirpated from many regions. Its other common names include Siamese freshwater crocodile, Singapore small-grain, and soft-belly. Wikipedia

Chhay Areng rangers (Siamese Crocodile Station) were called by villagers to remove a wild crocodile who was living close to their homes. The villagers were scared that the crocodile would put their animals in danger. Wildlife Alliance rangers found the crocodile in good health and they decided to release him upon Sre Ambel River, far from the community area. 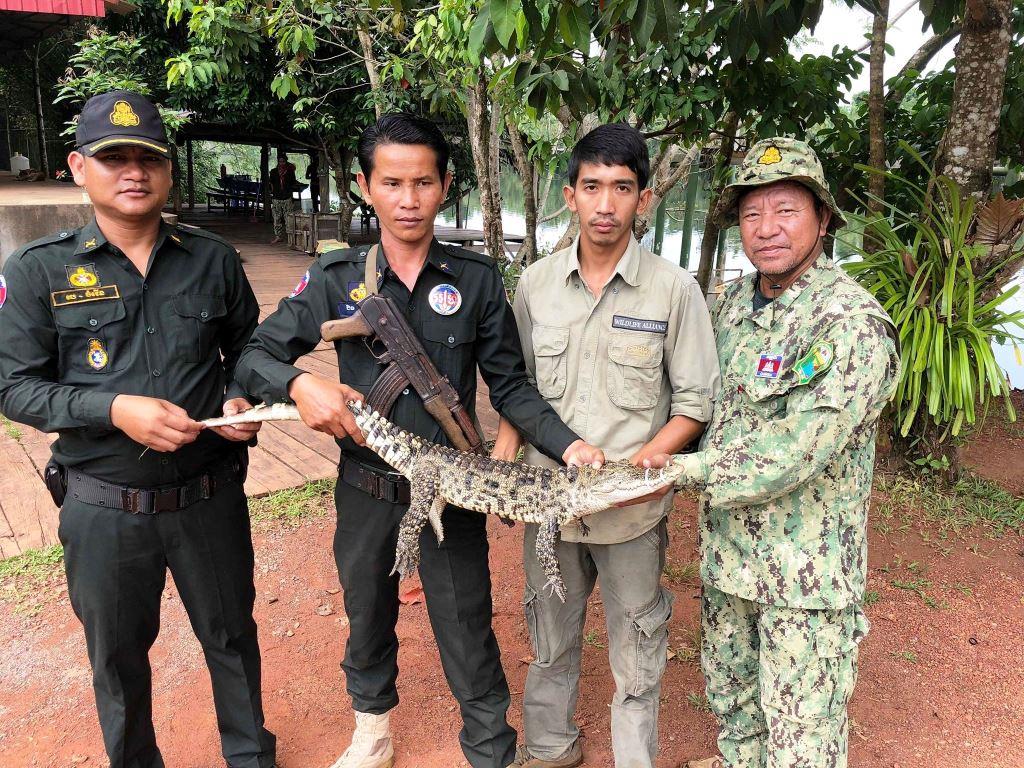 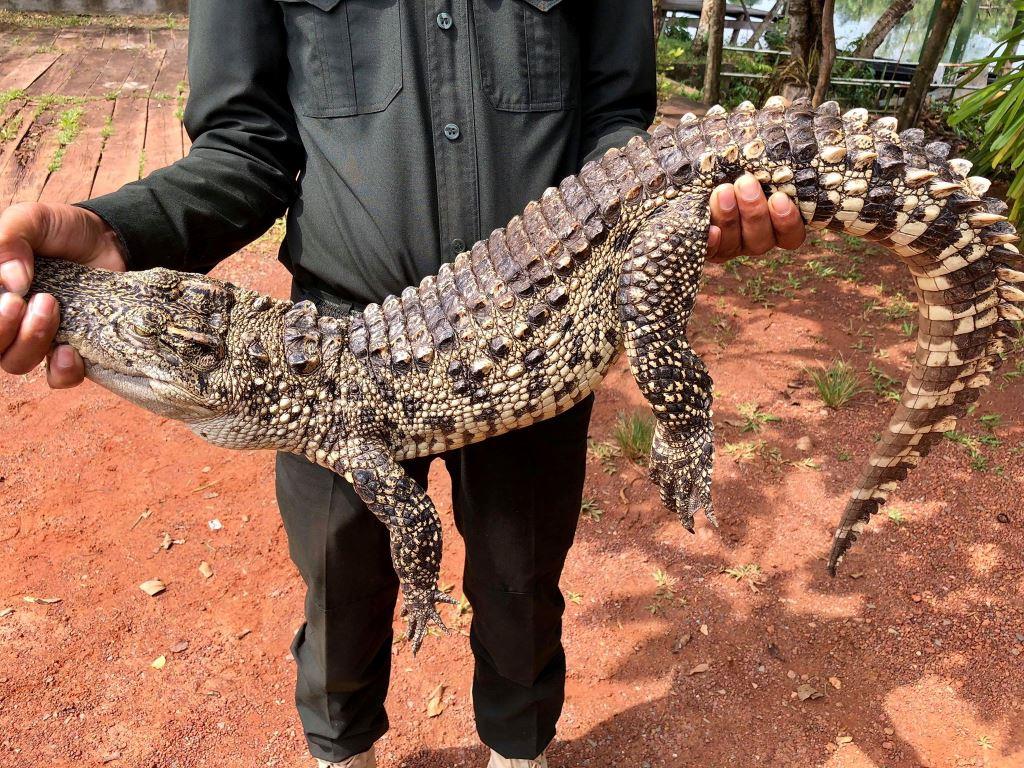 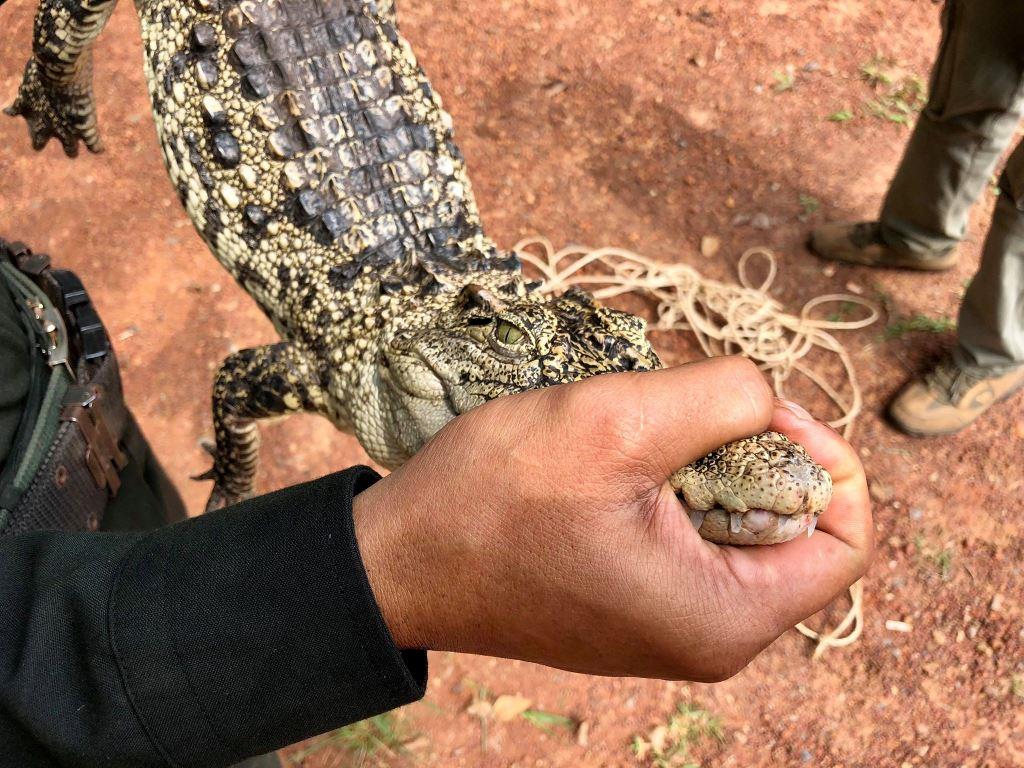 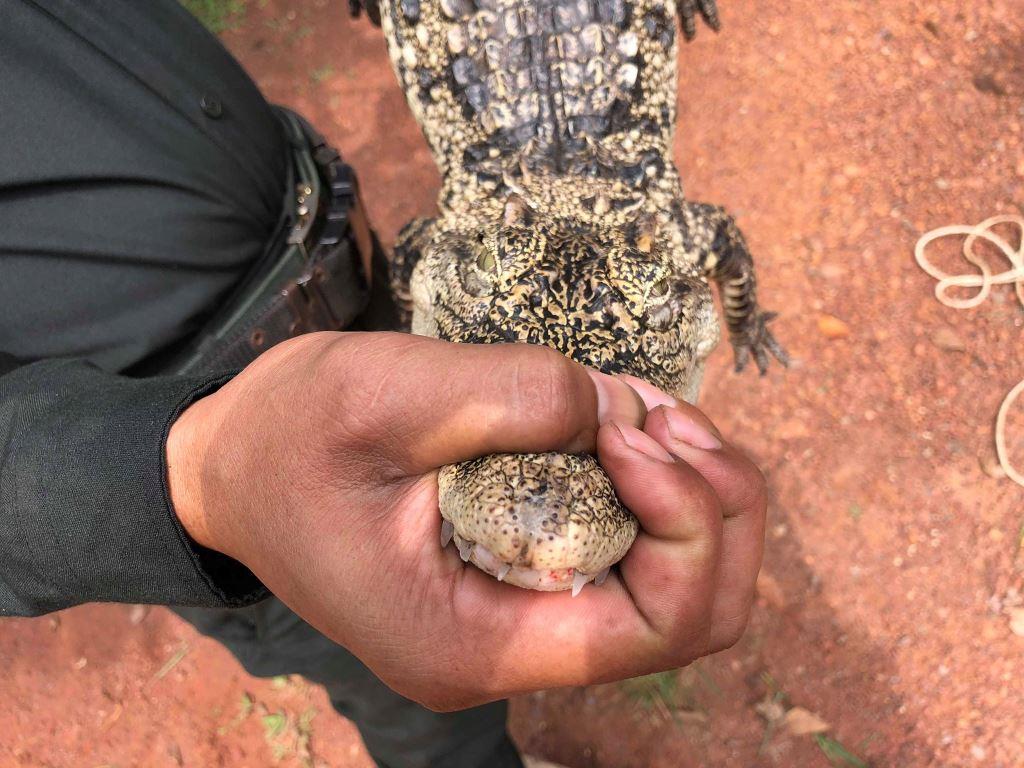 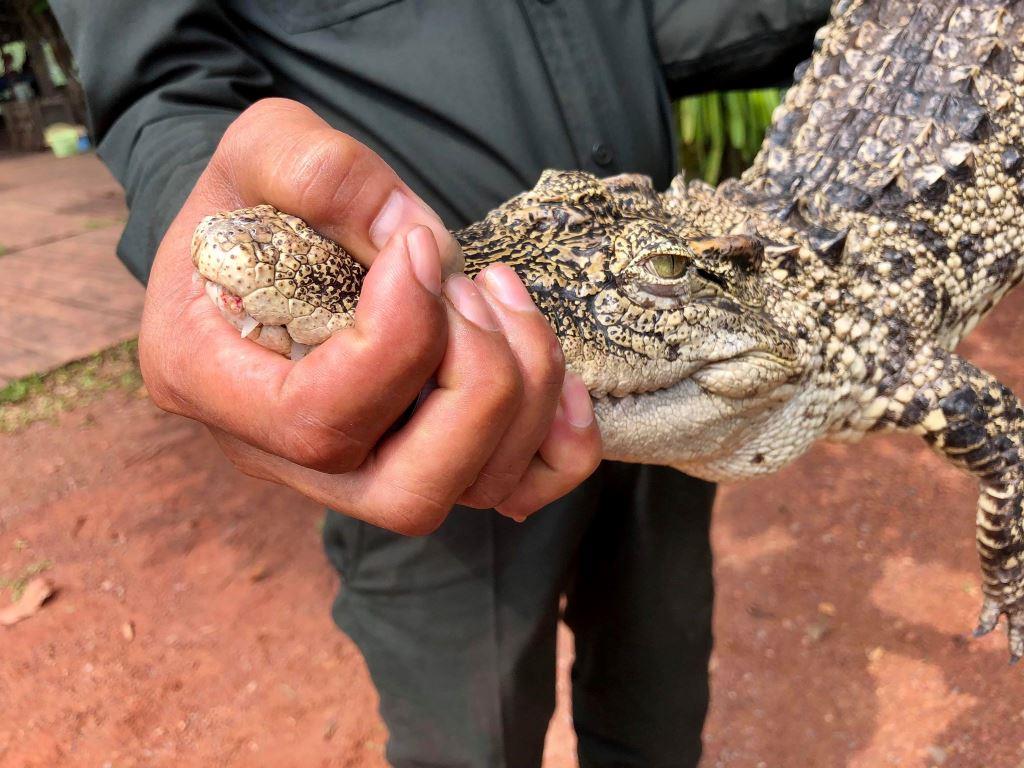 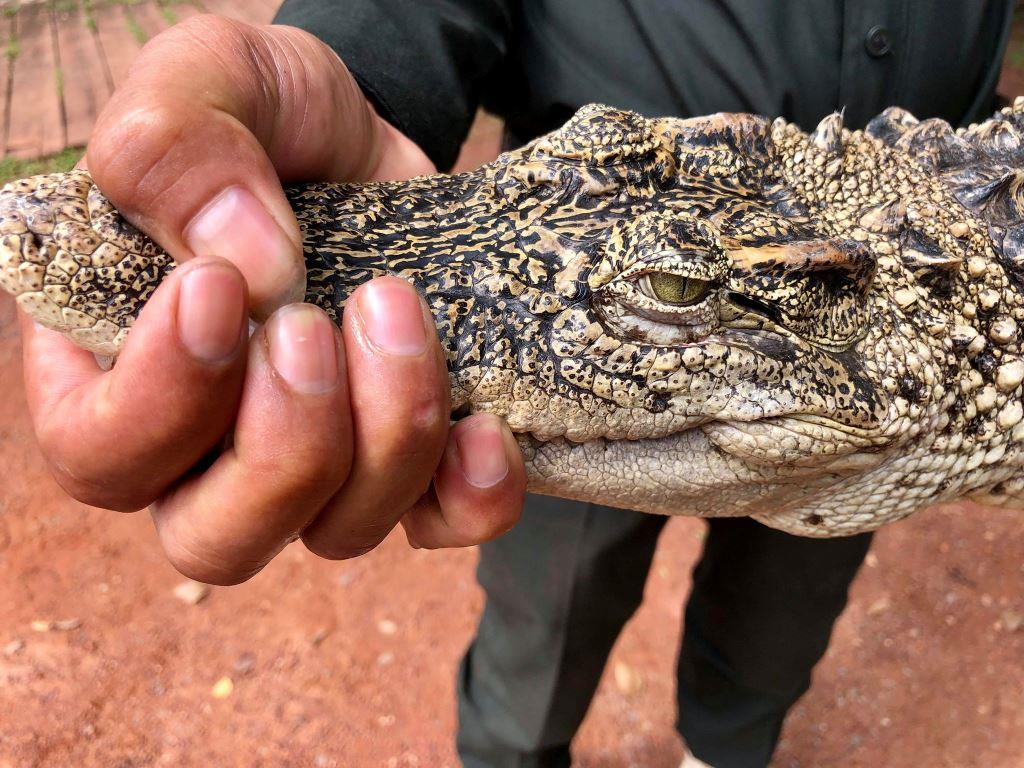