Poachers were smuggling these Critically Endangered elongated tortoises out of the Cardamom Mountains rainforest. These tortoises were destined to be sold into Vietnam and China’s illegal wildlife trade, where they were most likely to end up on a plate at a restaurant. Fortunately, our Trapeang station rangers apprehended the poachers and confiscated these elongated tortoises, one of 6 Critically Endangered species found in the Cardamom Mountains that our team of more than 140 rangers works to protect 24/7. 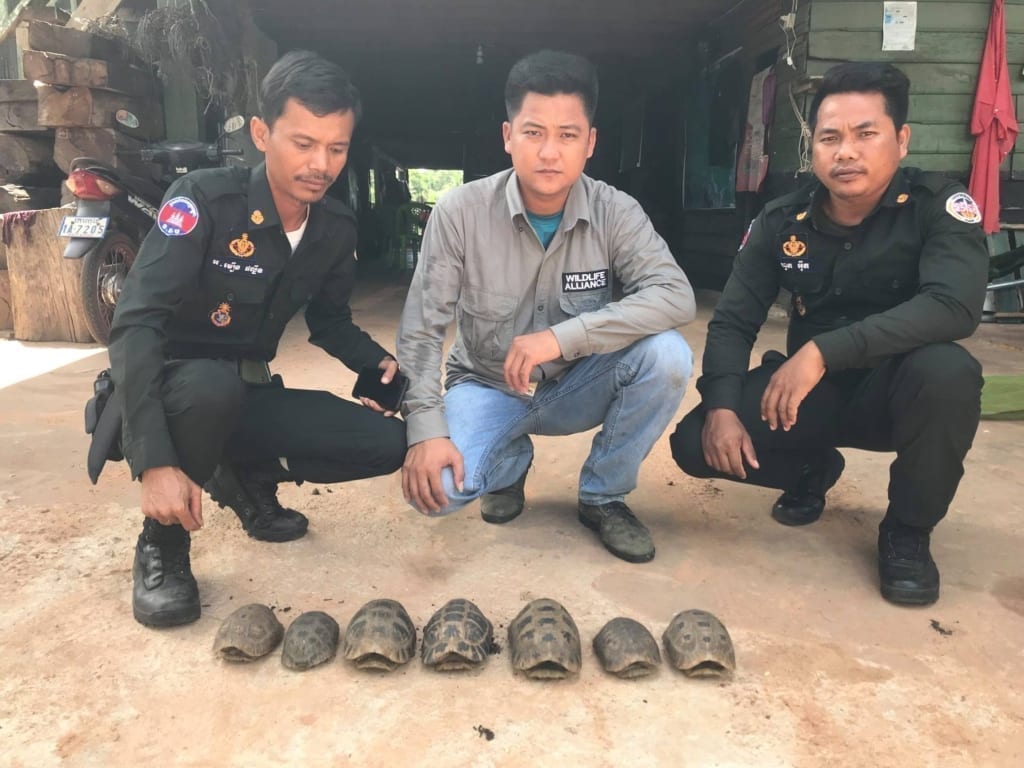 Shell considerably depressed, more than twice as long as deep, with flat vertebral region; anterior and posterior margins slightly reverted, strongly serrated in young, feebly in old specimens; shields concentrically striated, except in old specimens; nuchal present (rarely absent), narrow and elongate; supracaudal undivided, more or less incurved; first vertebral usually nearly as long as broad in the adult, the others broader than long and nearly as broad as the costals.